5 Dec 2017 – Growing antimicrobial resistance linked to the discharge of drugs and some chemicals into the environment is one of the most worrying health threats today, according to new research from the United Nations that highlights emerging challenges and solutions in environment.

“The warning here is truly frightening: we could be spurring the development of ferocious superbugs through ignorance and carelessness,” said Erik Solheim, chief of the UN Environment Programme (UNEP), on Tuesday.

He added that studies have already linked the misuse of antibiotics in humans and agriculture over the last several decades to increasing resistance, but the role of the environment and pollution has received little attention.

As such, the Frontiers Report, launched on the second day of the UN Environment Assembly (UNEA), which is running through 6 December at UNEP headquarters in Nairobi, Kenya, looks at the environmental dimension of antimicrobial resistance in nanomaterials; marine protected areas; sand and dust storms; off-grid solar solutions; and environmental displacement – finding the role of the environment in the emergence and spread of resistance to antimicrobials particularly concerning. 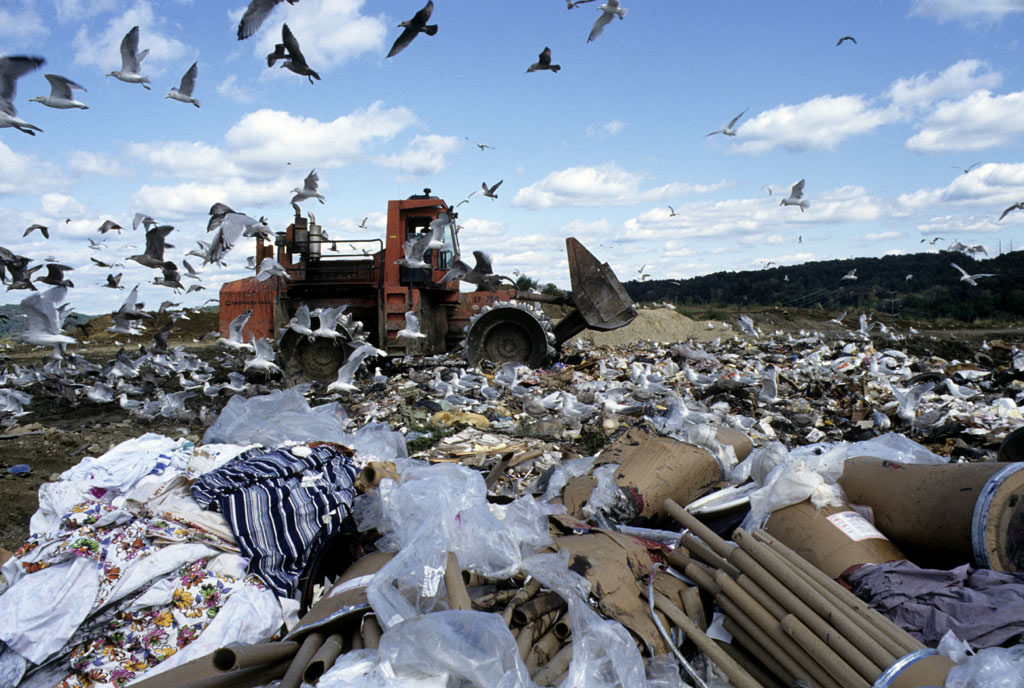 Birds scavenging for food amidst the debris at the landfill in Danbury, Connecticut in the United States. UN Photo/Evan Schneider (file photo)

“This needs priority action right now, or else we run the risk of allowing resistance to occur through the back door, with potentially terrifying consequences,” stressed Mr. Solheim.

Antimicrobial resistance occurs when a microorganism evolves to resist the effects of an antimicrobial agent. Globally about 700,000 people die of resistant infections every year because available antimicrobial drugs have become less effective at killing the resistant pathogens.

Once consumed, most antibiotic drugs are excreted un-metabolized along with resistant bacteria – up to 80 per cent of consumed antibiotics, according to the report. This is a growing problem, as human antibiotic use this century has increased 36 per cent and livestock antibiotic use predicted to increase 67 per cent by 2030.

Evidence shows that multi-drug resistant bacteria are prevalent in marine waters and sediments close to aquaculture, industrial and municipal discharges.

Solving the problem will mean tackling the use and disposal of antibiotic pharmaceuticals as well as the release of antimicrobial drugs, relevant contaminants and resistant bacteria into the environment, the report says.

Ocean and coastal values at stake 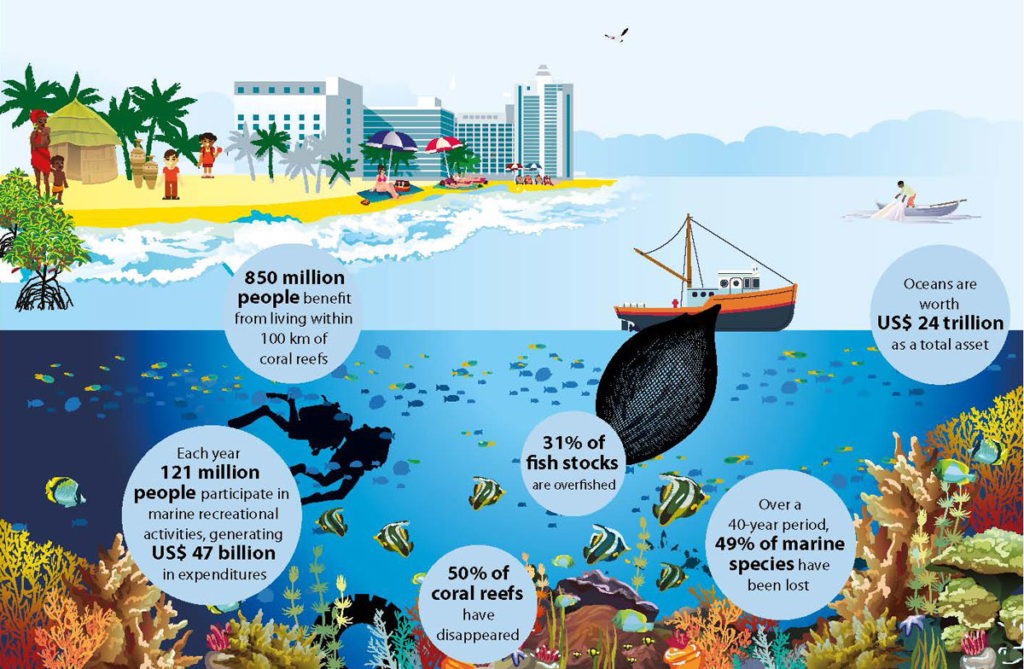 Antimicrobial resistance and the environment 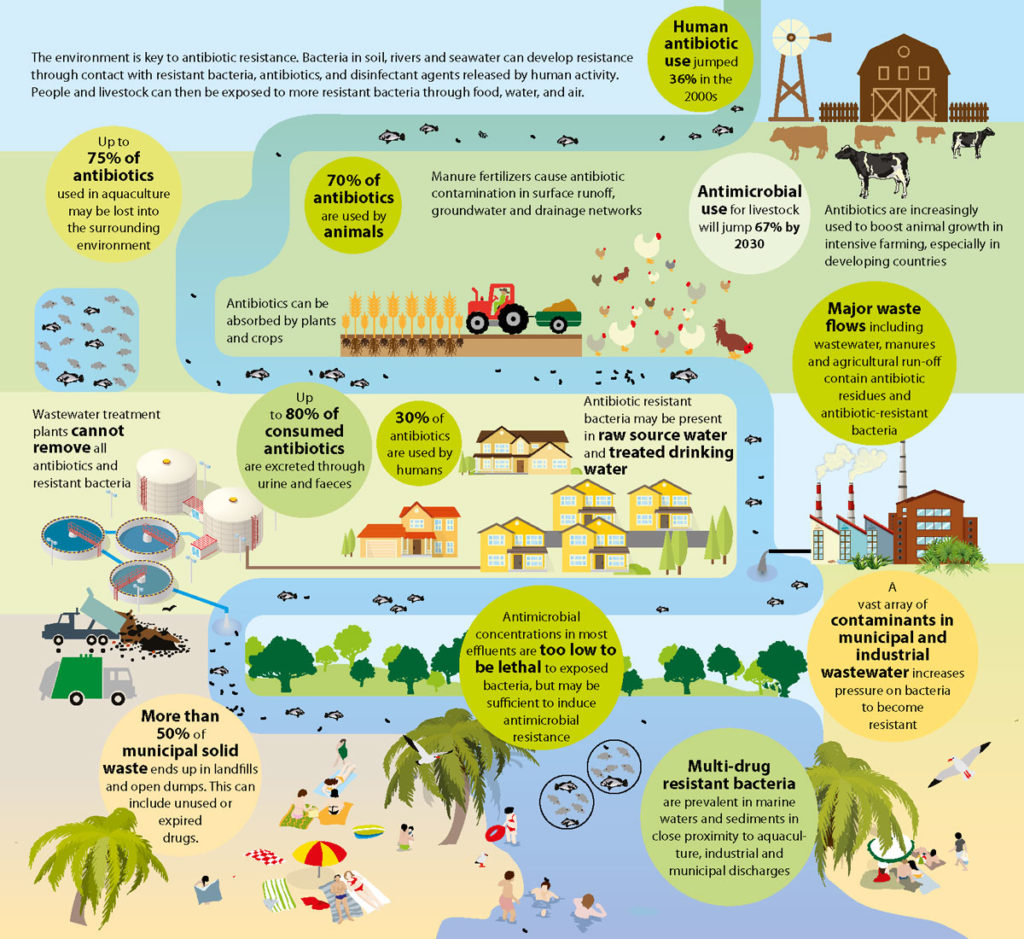 The report also considers other emerging issues, such as nanomaterials in which little is understood about their long-term effects. According to UNEP, past lessons reveal that “no evidence of harm” does not equal “evidence of no harm,” meaning that research into nanomaterials is essential.

Another area it highlighted was in securing Marine Protected Areas as one excellent option for maintaining or restoring the ocean’s and coastal ecosystems health, and a potential driver for economic benefits derived from them.

The Frontiers Report also noted that sand and dust storms, which impoverish arid landscapes soils, and can cause economic losses, indicted that strategies promoting sustainable land and water management must be integrated with measures addressing climate change mitigation and adaptation.

Pointing out that nearly one billion people live without electricity, the report emphasized the importance of bridging the off-grid energy gap as a possible key to achieving the 2030 Agenda and its Sustainable Development Goals (SDGs) for universal access to affordable, reliable energy services.

Finally, in an era of unprecedented mobility, the report points out that migration produces environmental changes that include pollution, deforestation and biodiversity loss, saying that unless we deal with long-term environmental vulnerability and build resilience, environmental displacement will become a new normal.