Enewetak Atoll, a Tiny Island Used as a Nuclear Dumpsite, Is About to Be Submerged by Water

It’s at the intersection of the two biggest of the biggest problems facing the world. 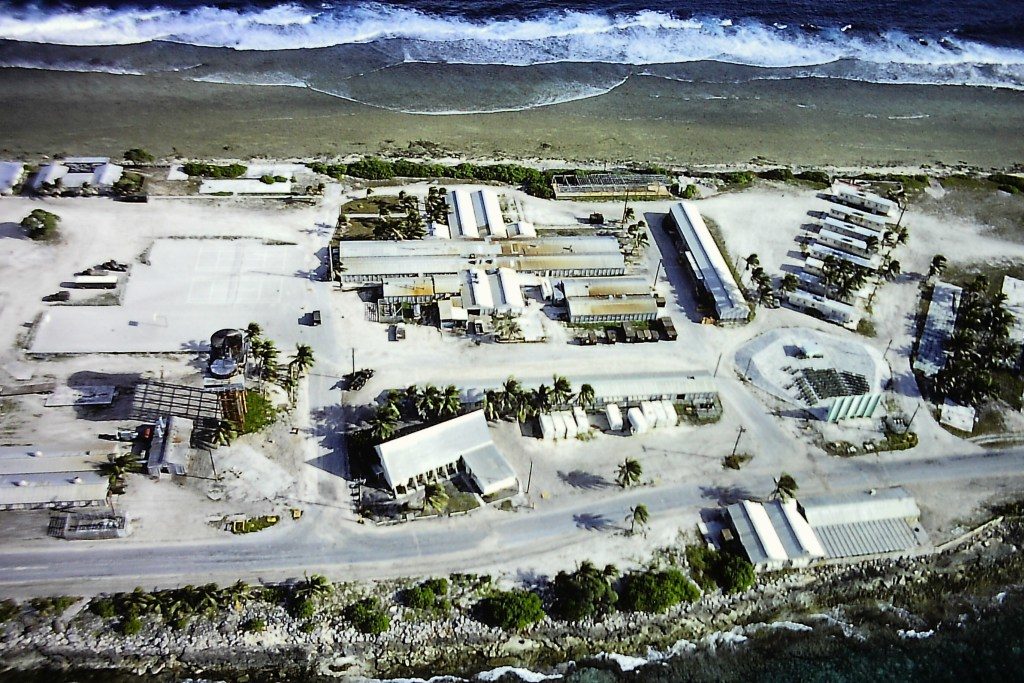 27 Nov 2017 – The Enewetak Atoll is all but invisible on Google Maps. Halfway between Australia and Hawaii, the ribbon of land is home to a small indigenous population that has seen their way of life eroded by decisions far outside of their control.

For more than half a century, the atoll, which is part of the Marshall Islands, has been contaminated by nuclear explosions and waste, according to ABC Australia. The decades ahead could leave it submerged by rising sea levels.

In this way, Enewetak “is at the intersection of two of the biggest problems of the last century and this century, nuclear weapons and sea level rise,” Michael Gerrard, the chair of Columbia University’s Earth Institute in New York who has studied the atoll, told Global Citizen.

Both of these problems are at risk of converging, ABC Australia reports, because the main holding container for the atoll’s nuclear waste is being compromised by rising waters.

The atoll’s problems began in the 1940s and 1950s when the US began using it for nuclear bomb tests. The people of Enewetak were evacuated and 67 nuclear bombs were dropped, devastating wildlife, spreading nuclear toxins far and wide, and creating massive craters.

One of those craters was on Runit Island. In the late 1970s, the US began to partially clean the nuclear waste from the island. Some of the radioactive chemicals had relatively short half-lives, Michael Gerrard wrote in an op-ed, and were left to naturally decay despite their risks. Another toxin, plutonium-239, has a half-life of 24,000 years and had to be dealt with.

The 100-meter wide crater on Runit Island was deemed a good place to dump as much soil contaminated with plutonium as possible. Chunks of unexploded plutonium-239 were also disposed of in the hole.

When the cleanup was finished — far below standards that would be deemed sufficient in the US, according to Gerrard — a massive concrete shell was built to cover the hole.

No reinforcements were made to the bottom and sides of the hole, meaning the waste directly interacts with the soil and a dumpsite for radioactive waste fails to meet standards for normal trash landfills, Gerrard said. 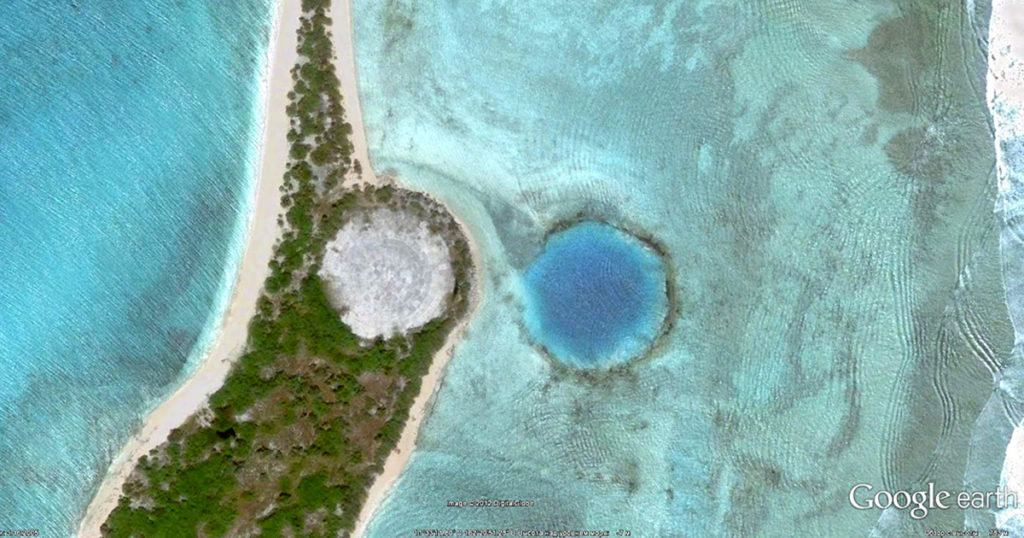 The 100-meter wide crater on Runit Island was deemed a good place to dump as much soil contaminated with plutonium as possible. Chunks of unexploded plutonium-239 were also disposed of in the hole. Google Earth

The displaced people of Enewetak Atoll were finally allowed to return in 1980, despite the widespread contamination of their home. Traditional forms of fishing, farming, and gathering had to be abandoned because the wildlife became too contaminated, ABC Australia reports.

And despite the ongoing threat posed by the non-reinforced radioactive dumpsite, no adjustments have been made to it, ABC notes. That’s because the radiation outside the dome exceeds the radiation inside of it, according to the US Department of Energy report, so the release of the waste wouldn’t make a major environmental difference.

Rising sea levels have compromised the dome in the years since its construction, a problem that has only grown worse in recent years, and a powerful typhoon could destroy it, according to the report.

The Marshall Islands are around six feet above sea level, and large parts of Enewetak are at risk of being submerged in the years ahead. Current flooding rates are already making the islands uninhabitable once again, according to ABC Australia.

“It’s important to recognize that the Marshall Islands are doubly screwed,” Gerrard said. “They were the site of nuclear explosions by the US, and one of the things that they left behind was this nuclear dome and the other thing is the country is going underwater because of greenhouse gas emissions for which the US is major contributor.”

Ultimately, the people of Enewetak may once again be uprooted from their native lands, especially if contamination becomes worse, ABC Australia notes.

“It’ll be a very devastating event if it really leaks,” he said. “We’re not just talking the Marshall Islands, we’re talking the whole Pacific.”

The threat faced by Enewetak reflects a larger nuclear threat around the world, Gerrard said.

Globally, nuclear power facilities are generally built along coastlines, because of how much water they use and to be close to cities and towns.

The destruction of the Fukushima nuclear reactor in Japan made clear just how precarious this arrangement can be — six years after the disaster, nuclear waste is still pouring out of the facility.

Rising sea levels could put other reactors and dump sites around the world at risk, especially if extreme weather continues to intensify as expected.

The people of Enewetak know all too well what it’s like to live in what is essentially a nuclear dumpsite. Keeping the atoll safe by both mitigating climate change and further cleaning its islands could show the rest of the world how to navigate a potentially perilous future.

Joe McCarthy is a Content Creator at Global Citizen. He believes apathy is the biggest threat to creating a more just world and tries his hardest to stay open-minded and curious. Living in New York keeps him aware of how interconnected our world is, how every action has ripples.