Europe Responds: ‘If the law allows this, we need to change the law.’ 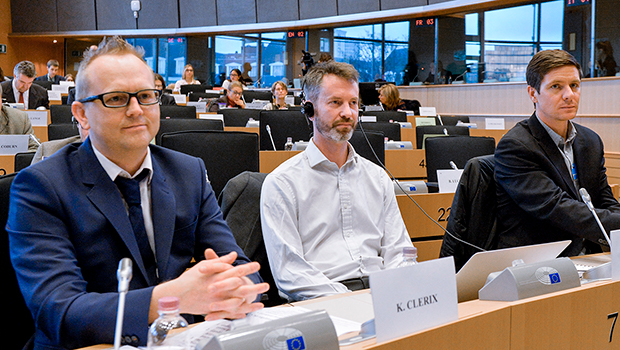 28 Nov 2017 – A European Parliament committee has grilled Paradise Papers reporters as members grapple with how to claw back millions being lost to new, elaborate tax-reducing maneuvers.

The European Committee on Money Laundering and Tax Evasion – commonly called the PANA Committee – held its last hearing on Tuesday [23 Nov] with a session on the Paradise Papers.

International Consortium of Investigative Journalists reporter Simon Bowers and ICIJ members Kristof Clerix (Knack, Belgium) and Jan Strozyk (NDR, Germany) shared some of what they uncovered while reporting on the 13.4 million leaked documents with the committee.

Documents from the offshore law firm Appleby raised serious concerns about loopholes that allow taxes and regulations to be circumvented in Europe. Examples included jet owners who use the Isle of Man to avoid paying the VAT consumption tax and online gambling businesses that used secrecy jurisdictions get around U.S. legislation that prohibited knowingly accepting payments for a bet or wager on the internet.

Tech giant Apple also came up in the hearing in connection with its use of an Irish tax structure to shift its earnings to a low-tax jurisdiction.

“Early next year it is likely that Apple’s offshore cash will have doubled since the 2014/2015 restructuring,” explained Simon Bowers.

“If you are a massive company or a super wealthy individual you have access to a sort of ‘Pick’N’Mix’ of legal jurisdictions,” he added.

“It shows how much protection there is surrounding these financial transactions.”
— Mario Borghezio

“In most examples, we were seeing that you can optimize your tax affairs or your regulatory affairs by selecting and building a structure using the preferred jurisdictions, and that’s something that simply isn’t available to ordinary businesses or individuals with normal levels of income.”

“We have serious allegations here, and it’s not just about politicians but also economic circles,” said committee member Mario Borghezio.

“It shows how much protection there is surrounding these financial transactions.”

The role of intermediaries including major, multinational accounting and advisory firms was also highlighted during the session.

“Appleby is not the mastermind of these tax structures, it’s the facilitator” said Bowers. “They were offered really by the ‘Big Four’ companies.”

The PANA committee was set up in June 2016 following the Panama Papers revelations, an earlier project by ICIJ that dealt with many of the same issues. The committee has examined a series of revelations about the offshore industry, including the European Investigative Collaboration’s Malta Files and the Organized Crime and Corruption Reporting Project’s Russian Laundromat project.

It published its final report in November, recommending a permanent committee, similar to the Senate Permanent Subcommittee on Investigations in the United States.

“We used to say that corruption fights back, and here we can say the same. Tax evaders fight back,” said committee member Eva Joly. 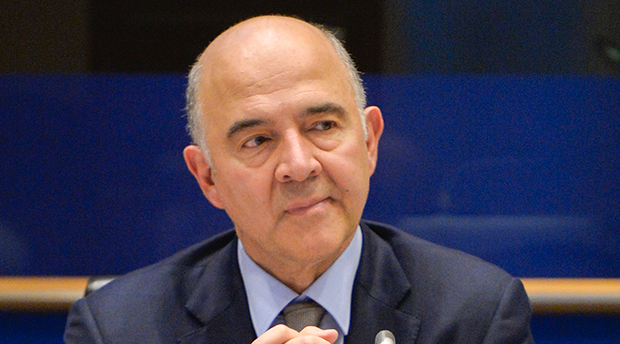 Pierre Moscovici, the European Commission member responsible for Economic and Financial Affairs, Taxation and Customs, called for quick action on this issue.

“This aggressive tax planning is even more shocking because a lot of it is legal,” he said.

“We can’t accept the way things are at the moment. If the law allows this, we need to change the law.”

The EU will also disclose its own list of tax havens next Tuesday. However, the list will exclude EU countries – something that was a point of contention among committee members.

Oxfam published its own black list on Monday, which included four EU member states: Ireland, Malta, Luxembourg and the Netherlands. Each of those states were also found in ICIJ’s investigations.

The question of unfair practices within the EU was raised multiple times, given that the Paradise Papers revelations shed a light on tax-optimization schemes offered by EU states, including Ireland and the Netherlands.

Some committee members raised the notion of a minimum tax rate across the EU.

Moscovici brushed off the question as not in keeping with tax sovereignty. “It’s not up to me to decide.”

The committee also specifically asked the Paradise Papers journalists about the gap they saw between what was legal and the spirit of the law.

Clerix said it was “very hard to explain to citizens” why governments set up rules that allow some taxpayers to benefit more than others.

“Just talk to any citizen who is paying tax in a normal way… they will explain to you what is fair and not fair,” he told the committee.

Bowers said, the laws had been “stretched to extent” that they don’t make sense to ordinary people anymore.

Cecile S. Gallego is a data journalist and researcher for ICIJ. She graduated in 2014 from Columbia Journalism School (US) and Sciences Po Journalism School (France) with a master’s degree in investigative reporting. She is a 2014-2015 Brown Institute Magic Grantee, working on a investigative data project aiming at making financial statements of public companies more transparent and more accessible to journalists. She previously contributed to the French webzine Slate.fr.

The International Consortium of Investigative Journalists is a global network of more than 190 investigative journalists in more than 65 countries who collaborate on in-depth investigative stories. Founded in 1997 by the respected American journalist Chuck Lewis, ICIJ was launched as a project of the Center for Public Integrity to extend the Center’s style of watchdog journalism, focusing on issues that do not stop at national frontiers: cross-border crime, corruption, and the accountability of power. Backed by the Center and its computer-assisted reporting specialists, public records experts, fact-checkers and lawyers, ICIJ reporters and editors provide real-time resources and state-of-the-art tools and techniques to journalists around the world.