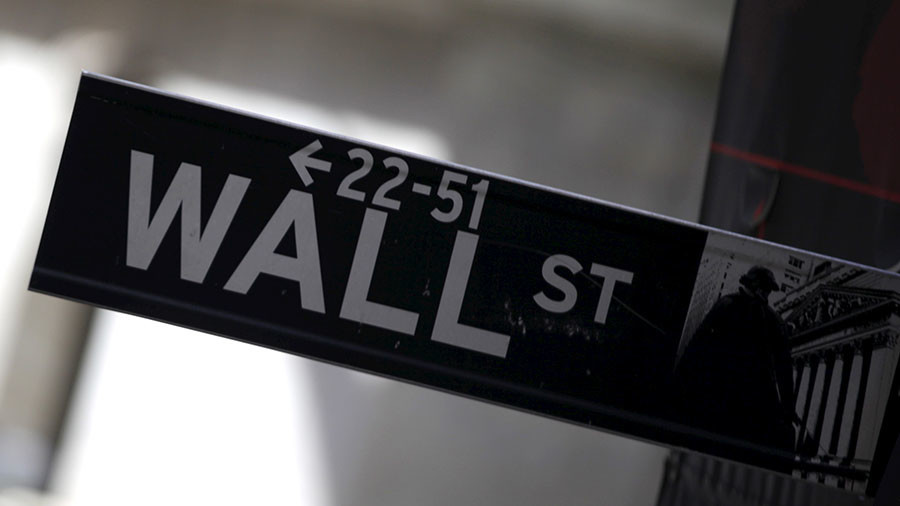 22 Jan 2018 – The global elite will use any means necessary to prevent the economic radicalization of the left. So “MeToo” and smears distract while tax evasion has become legitimate.

Three widely reported recent events sum up our current sad predicament: the open conflict between Donald Trump and Steve Bannon, Oprah Winfrey’s speech at the Golden Globe awards, and the prospect of Julian Assange’s release from the Ecuadorian embassy in London. Because, although they appear totally unconnected, they fit together as pieces in a puzzle.

The conflict between Trump and Bannon exploded in public following the publication of Michael Wolff’s book ‘Fire and Fury’. The ridiculous quarrels about who said what should not divert our attention from the crux of the matter.

Bannon is a kind of honest Rightist populist who takes anti-capitalism with a minimum of seriousness, demanding higher taxes for the rich, more public investment etc., and his rage exploded when, with the new tax law, it became clear that Trump is the president of the super-rich. An economic neoliberal who just superficially flirts with popular discontent.

Read more: Oprah for president in 2020: Time to rename the White House the Celebrity House

The lesson for the Left is clear here: one should overcome the dismissal of people like Bannon as simple neo-Fascist racists. The demonized image of a Fascist threat clearly serves as a new political fetish, in the simple Freudian sense of a fascinating image whose function is to obfuscate the true antagonism.

Indeed, Fascism itself is immanently fetishist, in how it needs a figure like that of a Jew, elevated into the external cause of our troubles – such a figure enables us to obfuscate immanent antagonisms which cut across our societies. My claim is that exactly the same holds for the figure of “Fascist” in today’s liberal imagination.

The fear not to make any compromises with the alt-right can well fuddle the degree to which we are already compromised by it. So one should greet every sign of this self-critical reflection which is gradually emerging and which, while remaining thoroughly anti-Fascist, casts also a critical glance on the weaknesses of the liberal Left – see, for example, the extraordinary intervention of Susan Sarandon.

Her claim is not that the MeToo-style political correctness goes too far but that it is pseudo-radical, and that its radicalism is a pose. The task is not to build a coalition between the radical Left and the Fascist Right, but to cut off the working class oxygen supply to the alt-right by addressing their voters, and the way to achieve this is to move more to the Left with a more radical critical message, i.e., to do exactly what Bernie Sanders in the US and Jeremy Corbyn in the UK were doing and what was the root of their relative success.

Why is (what remains of) the Left so slow in learning this lesson?

And this brings us to our second example, Oprah Winfrey’s triumphant speech at the Golden Globe awards which enthralled the public so much that it brought her into the orbit as a potential Democratic presidential candidate against Trump in the 2020 elections. But her speech is a model of doing the right thing for the wrong reason in politics.

The right thing was her demand to shift the focus from privileged actresses complaining about sexual harassment to millions of ordinary women who are exposed to much more vicious daily violence. Remember how many of the celebrities accused of sexual harassment, beginning with Harvey Weinstein, reacted by publicly proclaiming that they will seek help in therapy – a disgusting gesture if there ever was one!

Because their acts were not cases of private pathology, they were expressions of the predominant masculine ideology and power structures, and it is the latter that should be changed.

The wrong reason is that Oprah as a liberal ignores the link between this great awakening of women and our ongoing political and economic struggles. At approximately the same time as the Weinstein scandals began to roll, the Paradise Papers were published, and one cannot but wonder why nobody demanded that people should stop listening to the songs of U2 and Bono (the great humanitarian, always ready to help the poor in Africa) or of Shakira because of the way they avoided paying taxes and thus cheated the public authorities in Ireland and Spain of large sums of money.

Read more: The Panama Chronicles: How America’s enemies were targeted

Or that the British royal family should get less public money because they parked part of their wealth in tax havens, while the fact that Louis C.K. showed his penis to some ladies instantly ruined his career. Isn’t this a new version of Brecht’s old motto, “What is robbing a bank compared to founding a bank?” Cheating with big money is tolerable while showing your penis to a couple of people makes you an instant outcast?

One has to fear how this awakening could turn into just another case where political legitimization is based on the subject’s victimhood status. Is the basic characteristic of today’s subjectivity not the weird combination of the free subject who experienced himself as ultimately responsible for his fate and the subject who grounds the authority of his speech on his status of a victim of circumstances beyond his control?

Where every contact with another human being is experienced as a potential threat – if the other smokes, if he casts a covetous glance at me, he already hurts me; this logic of victimization is today universalized, reaching well beyond the standard cases of sexual or racist harassment – recall the growing financial industry of paying damage claims, from the tobacco industry deal in the USA and the financial claims of the holocaust victims and forced laborers of Nazi Germany, up to the idea that the USA should pay African-Americans hundreds of billions of dollars for all they were deprived of due to their past slavery.

This notion of the subject as an irresponsible victim involves the extreme narcissistic perspective from which every encounter with the Other appears as a potential threat to the subject’s precarious imaginary balance; as such, it is not the opposite, but, rather, the inherent replacement of the liberal free subject: in today’s predominant form of individuality, the self-centered assertion of the psychological subject paradoxically overlaps with the perception of oneself as a victim of circumstances.

Here, the lesson for the Left is therefore the same as the one of our first example: the establishment will do anything possible to prevent economic radicalization of the liberal Left and to protect from scrutiny the true ledgers of power, so no wonder that our big media leads a systematic campaign against those who are doing exactly this.

This brings us to our third example: the campaign of slander against Julian Assange reached the lowest level imaginable with the latest unverified rumors according to which Ecuadorians want to get rid of him because of his bad smell and dirty clothes.

In the first stage of attacks on him, the claim was that WikiLeaks began well but then it got bogged down with Assange’s political bias (his anti-Hillary obsession and his ‘suspicious ties’ with Russia…). This was followed by attempts at character assassination: he is paranoid and arrogant, and obsessed by power and control.

Now we have reached the direct bodily level of smells and stains.

The lesson for the Left is not to be distracted by such ridiculous details and to focus on the essential, what Assange really stands for – the disclosure of the link between the great corporations and government agencies. And the figure of Elon Musk is emblematic here – he belongs to the same caste as Bill Gates, Jeff Bezos, Mark Zuckerberg, etc., all “socially conscious” billionaires.

They stand for the global capital at its most seductive and “progressive,” in short, at its most dangerous. Musk likes to warn about the threats new technologies pose to human dignity and freedom – which, of course, doesn’t prevent him from investing in a brain-computer interface venture called Neuralink, a company which is centered on creating devices that can be implanted in the human brain, with the eventual purpose of helping human beings merge with software and keep pace with advancements in artificial intelligence.

These enhancements could improve memory or allow for more direct interfacing with computing devices: and over time I think we will probably see a closer merger of biological intelligence and digital intelligence.

Every technological innovation is always first presented like this, emphasizing its health or humanitarian benefits, which should blind us to more ominous implications and consequences: can we even imagine what new forms of control this so-called “neural lace” contains?

This is why it is absolutely imperative to keep it out of the control of private capital and state power, i.e., to render it totally accessible to the public domain. Assange was right in his strangely ignored key book on Google in realizing how our lives are regulated today, and how this regulation is experienced as our freedom. To understand this, we have to focus on the shadowy relation between private corporations which control our commons and secret state agencies.

And the overall lesson is that incidents as different as Oprah’s speech and attacks on Assange are parts of the same global struggle.