The new congressman is affiliated with President Michel Temer’s party. 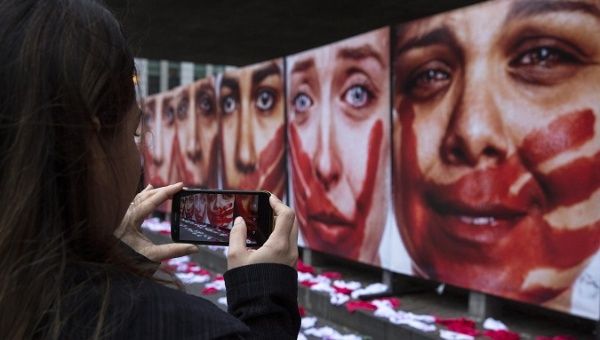 A protest against rape in Brazil. NGO Rio de Paz estimated that 420 women in Brazil are raped every 72 hours. | Photo: EFE

6 Jan 2017 – Nelson Nahim, a politician from Rio de Janeiro who was sentenced to 12 years in prison in 2016 after a judge found him guilty of submitting a 15-year-old girl to prostitution, rape and intimidating behaviour, will now replace lawmaker Cristiane Brasil who was appointed by Brazil’s President Michel Temer as the new labor minister.

According to the prosecutor’s allegations Nahim was a regular client at a prostitution ring in which girls were kept against their will, drugged and forced to have sex. He was accused of having sex with two 15-year-old girls and sentenced to 12 years in prison. However, he only served four months of his sentence after he successfully appealed at the Supreme Court.

Brazil’s child prostitution problem was in the spotlight during the 2014 FIFA World Cup. According to the BBC there is no official number but it is estimated that hundreds of thousands of children are trapped in prostitution either by economic necessity, threats of violence by pimps and criminals, or drug addiction. Children in this condition of vulnerability can be as young as 10 years old.

Nahim, who is a member of President Temer’s Democratic Movement Party, will take his seat in the legislative next month, after Congress returns from recess.