The Courage to Be Yourself: E.E. Cummings on Art, Life, and Being Unafraid to Feel

“To be nobody-but-yourself — in a world which is doing its best, night and day, to make you everybody else — means to fight the hardest battle which any human being can fight.” 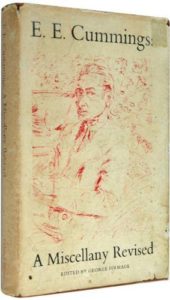 “No one can build you the bridge on which you, and only you, must cross the river of life,” wrote the thirty-year-old Nietzsche. “The true and durable path into and through experience,” Nobel-winning poet Seamus Heaney counseled the young more than a century later in his magnificent commencement address, “involves being true … to your own solitude, true to your own secret knowledge.”

Every generation believes that it must battle unprecedented pressures of conformity; that it must fight harder than any previous generation to protect that secret knowledge from which our integrity of selfhood springs. Some of this belief stems from the habitual conceit of a culture blinded by its own presentism bias, ignorant of the past’s contextual analogues. But much of it in the century and a half since Nietzsche, and especially in the years since Heaney, is an accurate reflection of the conditions we have created and continually reinforce in our present informational ecosystem — a Pavlovian system of constant feedback, in which the easiest and commonest opinions are most readily rewarded, and dissenting voices are most readily punished by the unthinking mob. 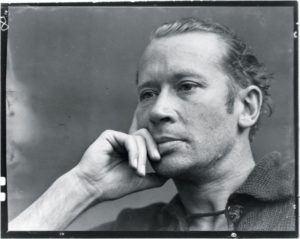 E.E. Cummings by Edward Weston (Photograph courtesy of the Center for Creative Photography)

Few people in the two centuries since Emerson issued his exhortation to “trust thyself” have countered this culturally condoned blunting of individuality more courageously and consistently than E.E. Cummings (October 14, 1894–September 3, 1962) — an artist who never cowered from being his unconventional self because, in the words of his most incisive and competent biographer, he “despised fear, and his life was lived in defiance of all who ruled by it.”

A fortnight after the poet’s fifty-ninth birthday, a small Michigan newspaper published a short, enormous piece by Cummings under the title “A Poet’s Advice to Students,” radiating expansive wisdom on art, life, and the courage of being yourself. It went on to inspire Buckminster Fuller and was later included in E.E. Cummings: A Miscellany Revised (public library) — that wonderful out-of-print collection which the poet himself described as “a cluster of epigrams, forty-nine essays on various subjects, a poem dispraising dogmata, and several selections from unfinished plays,” and which gave us Cummings on what it really means to be an artist. 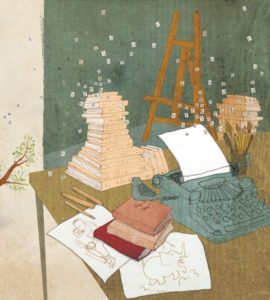 Illustration from Enormous Smallness by Matthew Burgess, an illustrated tribute to E.E. Cummings

Addressing those who aspire to be poets — no doubt in that broadest Baldwinian sense of wakeful artists in any medium and courageous seers of human truth — Cummings echoes the poet Laura Riding’s exquisite letters to an eight-year-old girl about being oneself and writes:

A poet is somebody who feels, and who expresses his feelings through words.

This may sound easy. It isn’t.

Almost anybody can learn to think or believe or know, but not a single human being can be taught to feel. Why? Because whenever you think or you believe or you know, you’re a lot of other people: but the moment you feel, you’re nobody-but-yourself.

To be nobody-but-yourself — in a world which is doing its best, night and day, to make you everybody else — means to fight the hardest battle which any human being can fight; and never stop fighting. 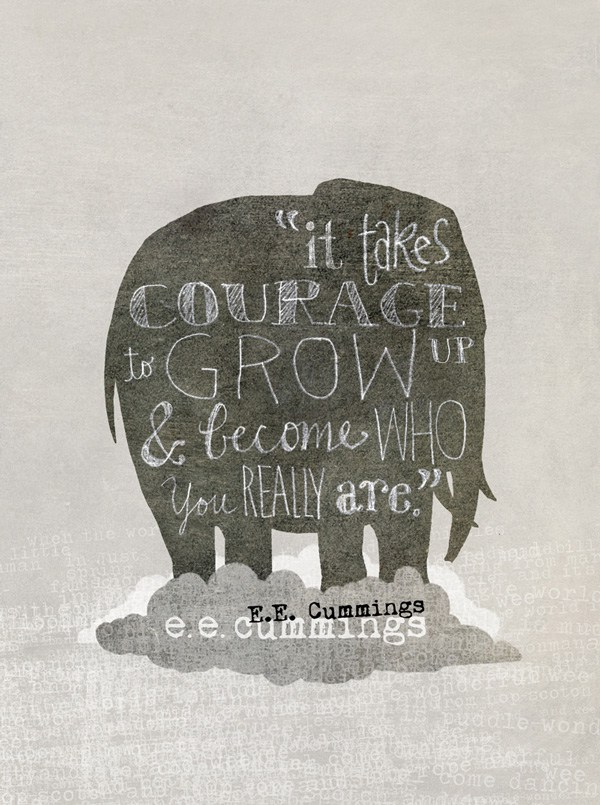 Cummings should know — just four years earlier, he had fought that hardest battle himself: When he was awarded the prestigious Academy of American Poets annual fellowship — the MacArthur of poetry — Cummings had to withstand harsh criticism from traditionalists who besieged him with hate for the bravery of breaking with tradition and being nobody-but-himself in his art. With an eye to that unassailable creative integrity buoyed by relentless work ethic, he adds:

As for expressing nobody-but-yourself in words, that means working just a little harder than anybody who isn’t a poet can possibly imagine. Why? Because nothing is quite as easy as using words like somebody else. We all of us do exactly this nearly all of the time — and whenever we do it, we’re not poets.

If, at the end of your first ten or fifteen years of fighting and working and feeling, you find you’ve written one line of one poem, you’ll be very lucky indeed.

And so my advice to all young people who wish to become poets is: do something easy, like learning how to blow up the world — unless you’re not only willing, but glad, to feel and work and fight till you die.

Does that sound dismal? It isn’t.

It’s the most wonderful life on earth.

Complement the thoroughly invigorating E.E. Cummings: A Miscellany Revised with a lovely illustrated celebration of Cummings’s creative bravery, then revisit Pulitzer-winning poet Robert Penn Warren on what it really means to find yourself and Janis Joplin on the courage of being what you find.