31 Dec 2017 – It is a dream come true being back among friends in Kabul! Streams of dented Toyotas (They are all Toyotas!) with windscreens cracked like bolts of lightning still jockey for position on roads where traffic lights and common sense hold little sway. Carts of vegetables drawn by donkeys or dragged by men without dreams continue clotting the already stuttering traffic, forcing it almost to a standstill. Stucco houses remain stapled to mountainsides, one tripping over the other as they race to the top. And smog, as thick and foul-smelling as only winter in Kabul can conjure up. It felt wonderful being home! 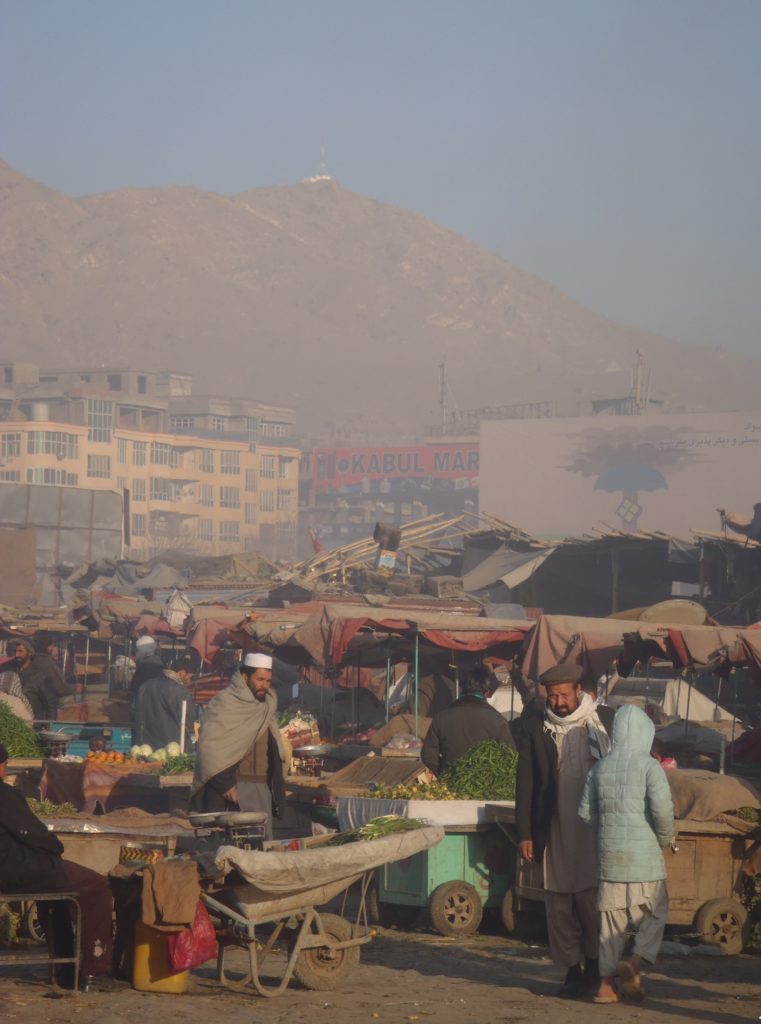 As a team-building exercise, three of us chose this afternoon to clean the chimney of one of our wood stoves. Four lengths of sooty pipe and two elbow joints later, the stove was ready to refire and all three of us needed a good bath. We laughed (mostly young ones) and swore (mostly me) in almost equal proportions.

As we got ready for bed last night, we heard a sustained series of what most of us thought was gunfire. The wail of a siren followed shortly thereafter and caused us to wonder if we should head to the basement for a bit. We waited it out on the second floor. We were brave, or not.

This morning brought rumors of three explosions nearby. We scrambled for information, but little was forthcoming. Later, we were forwarded an email from a friend working near us. The attack, it appeared, had centered on a Shia mosque. “It is more than sad,” our friend said. “Latest update showed 45 people killed and 85 wounded. Going to the scene, there is nothing more than blood, flesh, meat, dust, and fear. We again see Afghans die for nothing and families lose their loved ones because of ongoing US-backed war.” My young co-workers are physically okay.

Tonight, after dinner, I had the chance to talk with a young Afghan friend about his family. Married for just a brief period, his wife conceived. They were happy. Their families rejoiced. One night during their son’s fourth month, he woke up sick enough to be taken to the doctor’s. After an examination, the doctor gave the boy a number of injections, and the family was sent home. Later that same evening, the child’s condition worsened, and the parents took him to a hospital, where he died. My friend and his wife still do not know what claimed their son’s life.

Ken Hannaford-Ricardi is in Kabul representing Voices for Creative Nonviolence. While there, he is a guest of the Afghan Peace Volunteers.

Anticopyright: Editorials and articles originated on TMS may be freely reprinted, disseminated, translated and used as background material, provided an acknowledgement and link to the source, TMS: Welcome to Kabul, is included. Thank you.