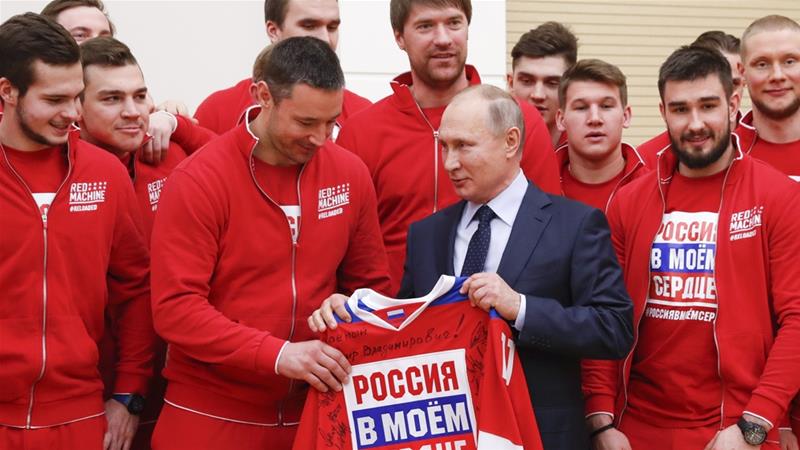 1 Feb 2018 – More than two dozen Russian athletes had their Olympic doping bans overturned after their appeals were upheld by sport’s highest tribunal, but it remains unclear whether or not they will be able to compete in the upcoming Winter Games in South Korea.

In a decision issued today, the Court for Arbitration for Sport (CAS) said it “unanimously found” that the evidence presented against 28 athletes were “found to be insufficient to establish” that doping rules were violated.

With the decision, the sanctions imposed against the athletes are “annulled” and their individual medal results in the 2014 Sochi Winter Games are “reinstated”.

Among the athletes whose ban was overturned was Alexander Legkov, who won gold in cross-country skiing.

The decision also puts Russia back to the top of the 2014 medals standing.

Sanctions against 11 other Russian athletes have been upheld, but the penalty has been lowered to a prohibition from joining the 2018 Winter Olympics in Pyeongchang beginning on February 9.

Al Jazeera’s Rory Challands, reporting from Moscow, said the decision was warmly welcomed by Russian officials, who have maintained that their athletes are innocent of doping.

“We are only two months away from presidential elections here in Russia, and this decision is basically a nice, beautiful present for Vladimir Putin wrapped up in a pretty ribbon,” Challands said.

“It’s very clear that the International Olympic Committee’s (IOC) case against Russia is thrown into disarray,” our correspondent said.

He said that Russian officials are “scrambling” for their athletes to be readmitted into the Games in time for the opening in Pyeongchang.

“It’s worth pointing out that CAS said this decision does not necessarily mean that these athletes are innocent, only that they could not find enough evidence to prove their guilt.”

In a statement on Thursday, the IOC said it is taking the decision with “disappointment” over the reversal of the case against 28 athletes, and “satisfaction” over the case of the 11 others.

“This may have a serious impact on the future fight against doping. Therefore, the IOC will analyse the reasoned decisions very carefully once they are available and consider consequences, including an appeal to the Swiss Federal Tribunal,” the statement said.

The IOC will not have to decide on the individual cases of the 28 athletes on whether they can compete in Pyeongchang or not.

Since the Russian Olympic Committee (ROC) is suspended, Russian athletes can participate in Pyeongchang only on invitation by the IOC.

In December, the IOC banned the entire Russian team from competing in the Winter Games after a 17-month investigation found “systemic manipulation of the anti-doping rules and system in Russia”, as well as during the 2014 Olympic Games in Sochi.

In 2016, a report by the World Anti-Doping Agency (WADA) found that more than 1,000 Russian athletes were involved in, or benefited from a state-sponsored plan to hide positive doping tests.

The cover-up dated back to at least 2011, WADA said, and athletes competing at the 2012 Olympics, 2013 world athletics championships and 2014 Winter Olympics in Sochi were involved.

The athletes competed in more than 30 sports, including football, the report found.

At the time, WADA called on the IOC to bar Russia from participating in the 2016 Summer Olympics in Brazil.

The country’s track and field team were banned from participating in Rio de Janeiro.

The entire Russian Paralympic team was also banned from the 2016 Paralympic Games.