13 Feb 2020 – US Secretary of State Mike Pompeo today said the US government would not furnish any information for a database of companies operating in the occupied West Bank that the United Nations’ human rights office released. “The United States has long opposed the creation or release of this database,” he said in a statement. 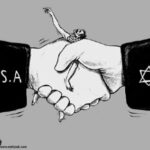 Trump on Monday [27 Jan] held separate meetings with right-wing Israeli Prime Minister Benjamin Netanyahu and his election rival, Benny Gantz, in Washington, DC over his long-delayed proposal that has been kept secret. “We reject it and we demand the international community not be a partner to it because it contradicts the basics of international law and inalienable Palestinian rights,” Palestinian Prime Minister Mohammad Shtayyeh said. 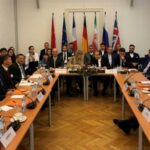 6 Dec 2019 – Today’s three-hour meeting in Vienna came as tensions continue to rise with Tehran rolling back its commitments under the deal following Washington’s withdrawal last year and imposition of “maximum pressure” sanctions. “They try to keep Iran in the deal but then take no action against America’s bullying and pressure,” a senior Iranian official said, according to Reuters. 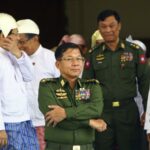 6 Aug 2019 – A week after his soldiers began storming villages in Myanmar’s Rakhine state, slaughtering thousands as they burned people alive in their homes and raped women and children, the country’s military chief invited local businesses to a donation ceremony to support the bloody campaign. UN panel calls for international community to sever all ties with country’s military. 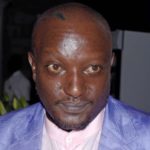 22 May 2019 – Kenyan author and activist Binyavanga Wainaina, winner of the 2002 Caine Prize and once listed as one of Time Magazine’s ‘most influential people’ has died at the age of 48 at a Nairobi hospital following a short illness. Following the passage of a series of anti-gay laws across Africa in 2014, Wainaina publicly announced that he was gay. “I am, for anybody confused or in doubt, a homosexual. Gay, and quite happy,” he tweeted. 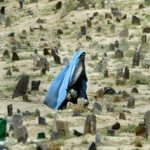 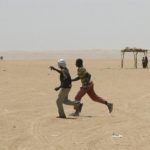 Associated Press report details witness accounts of migrants and refugees from Africa left to die in the Sahara Desert. 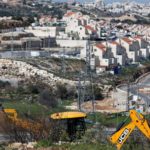 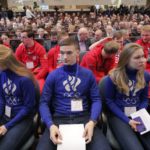 1 Feb 2018 – In a decision issued today, the Court for Arbitration for Sport said it “unanimously found” that the evidence presented against 28 athletes were “found to be insufficient to establish” that doping rules were violated. With the decision, the sanctions imposed against the athletes are “annulled” and their individual medal results in the 2014 Sochi Winter Games are “reinstated”.

24 Aug 2017 – Myanmar must scrap restrictions on movement and citizenship for its persecuted Muslim Rohingya minority if it wants to avoid fuelling extremism and bring peace to Rakhine state, a commission led by former UN chief Kofi Annan said today. It warns against using force and ignoring concerns of world’s ‘single biggest stateless’ community.

1 May 2017 – From opportunistic guns for hire on the fringe of domestic conflicts to a global force operating within a multibillion-dollar industry – the private military sector seems to be flourishing. How private companies recruit former child soldiers for military operations in Iraq, Afghanistan and elsewhere.

A look at the powerful pesticide industry, its effect on the developing world and how small farmers are fighting back.

A new flotilla of international activists has left for the Gaza Strip from the Spanish city of Barcelona, hoping to break a nearly decade-long Israeli blockade. Two sailing boats with 11 women on board each sailed off on Wednesday [14 Sep] under the banner “The Women’s Boat to Gaza”.