Since US President Donald Trump came to office, Israel has approved construction of more than 14,000 settlement units. 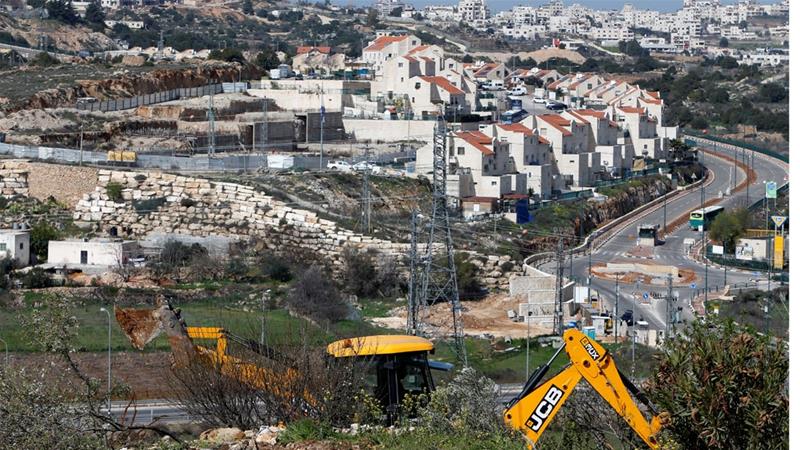 An Israeli machinery removes trees near a Jewish settlement in Hebron, in the occupied West Bank.
[File: Reuters]

31 May 2018 – The Israeli government has approved the construction of 2,070 new settlement units in the occupied West Bank, local media reported.

Israel’s Civil Administration said at least 696 of the units were approved for construction, while 1,262 were advanced through an earlier planning stage known as a “deposit”.

According to Israeli organisation Peace Now, 14,454 settlement units in the West Bank have been approved since US President Donald Trump took office, which is more than three times the amount that was approved in the year and a half before his inauguration (4,476 units).

Peace Now condemned the Netanyahu government for taking advantage of the “carte blanche” the Trump administration has given it in order to destroy the chances for peace.

“It is well-known that for a two-state solution to be feasible, Israel will have to withdraw from most of the West Bank. Yet the government keeps raising the political cost of this redeployment and the evictions it will entail,” the organisation said.

Under international law, settlements in occupied territories are considered illegal. Earlier this month, the Palestinian Authority government decided to file a war crimes complaint against Israel with the International Criminal Court over its settlement construction on land claimed by the Palestinians for their future state.

The White House released a statement on Wednesday, suggesting that Israel will scale back on future settlement construction in order to allow a US peace plan to progress.

“The president has made his position on new settlement activity clear, and we encourage all parties to continue to work towards peace,” a White House spokesperson told The Times of Israel.

“The Israeli government has made clear that going forward, its intent is to adopt a policy regarding settlement activity that takes the president’s concerns into consideration.”

“The United States welcomes this. As the president has said repeatedly, the administration is firmly committed to pursuing a comprehensive peace between Israelis and Palestinians.”