26 Aug 2017 – Myanmar soldiers opened fire on fleeing Rohingya civilians – mostly women and children – as they attempted to cross the border into Bangladesh and escape surging violence.

On Saturday, an AFP news agency reporter at Bangladesh’s Ghumdhum border post counted more than a dozen mortar shells and countless machine-gun rounds fired by Myanmar security forces in nearby hills onto a large group of Rohingya desperately trying to cross.

It was not immediately clear if any were hit, but the civilians scattered to evade the barrage.

“They fired machine guns and mortar shells suddenly, targeting the civilians. They have not consulted with the BGB,” he added.

Anita Schug of the European Rohingya Council, speaking from the Swiss city of Solothurn, told Al Jazeera her organisation could verify the report.

“We have videos from the ground and we can share them if requested confirming that this news is true,” she said.

“Burmese military together with the Rakhine extremists armed with knives, swords, machetes and guns are attacking the Rohingya innocent civilians who are not armed at all.”

Thousands of Rohingya Muslims escaping violence in Myanmar were trapped at the border with Bangladesh as new fighting erupted in restive Rakhine state.

“Many Rohingya people are trying to enter the country, but we have a zero tolerance policy – no one will be allowed,” Mohammad Ali Hossain, deputy commissioner of Cox’s Bazar district near the Myanmar border, told Reuters news agency.

Later on Saturday, Mohammad Nur – a Rohingya leader at an unregistered camp in Cox’s Bazar – told the AP news agency by phone he heard about 100,000 Rohingya had gathered along the border to try to enter Bangladesh. That figure could not be confirmed.

Gunfire rang out across the northern part of Rakhine state on Saturday as clashes between the two sides continued.

Bangladeshi officials regularly advocate a tough approach to refugees in official interviews, but typically end up letting them through.

An AFP reporter at the scene said hundreds of Rohingya made it across the porous border early on Saturday when border patrols were relaxed because of heavy rain, with some swimming across the Naf river.

An emergency ward doctor said two Rohingya men who had been shot in Myanmar entered Bangladesh and were taken to a hospital.

“One of them, aged 25, died hours after he was admitted here,” the doctor said on condition of anonymity.

Hundreds of thousands of Rohingya refugees are already in Bangladesh and 87,000 have arrived since October 2016, after an attack by rebels killed nine security forces and resulted in a major crackdown in Rakhine state. 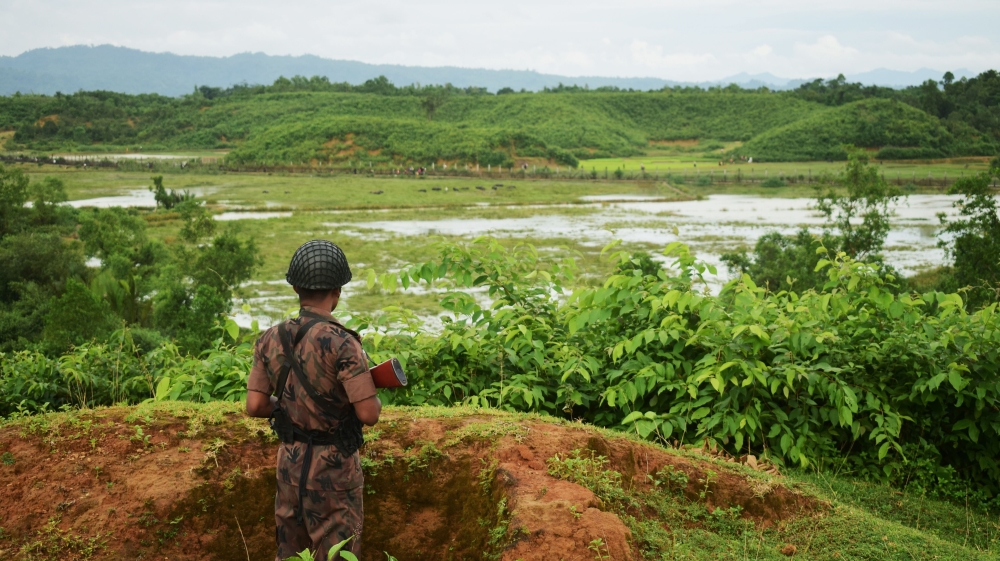 “I would like to commend the members of the police and security forces who have acted with great courage in the face of many challenges,” Aung San Suu Kyi said.

The government said it had evacuated officials, teachers, and hundreds of non-Rohingya villagers to army bases and police stations.

The focal point of Friday’s unrest was Rathedaung township. The area has seen a heavy build-up of troops in recent weeks, with reports filtering out of killings by shadowy groups, army-blockaded villages, and abuses.

The Arakan Rohingya Salvation Army (ARSA) claimed responsibility for Friday’s attacks in a Twitter post, but did not mention casualty figures or how many fighters were involved.

ARSA, accusing the Myanmar forces of killings and rape, said on Friday it was “taking defensive actions” in more than 25 different locations.

The government has declared the group a “terrorist” organisation.

Observers worry the latest attacks will prompt an even more aggressive army response and trigger communal clashes between Muslims and Buddhist ethnic Rakhines.

The Rohingya Muslims are denied citizenship in Myanmar and are classified as illegal immigrants from Bangladesh, despite claiming roots in the region that go back centuries.

About 1.1 million Rohingya live in Myanmar.

The mistreatment of the Rohingya Muslims, often described as the world’s most persecuted minority, has emerged as Myanmar’s most contentious human rights issue as it makes a transition from decades of military rule. 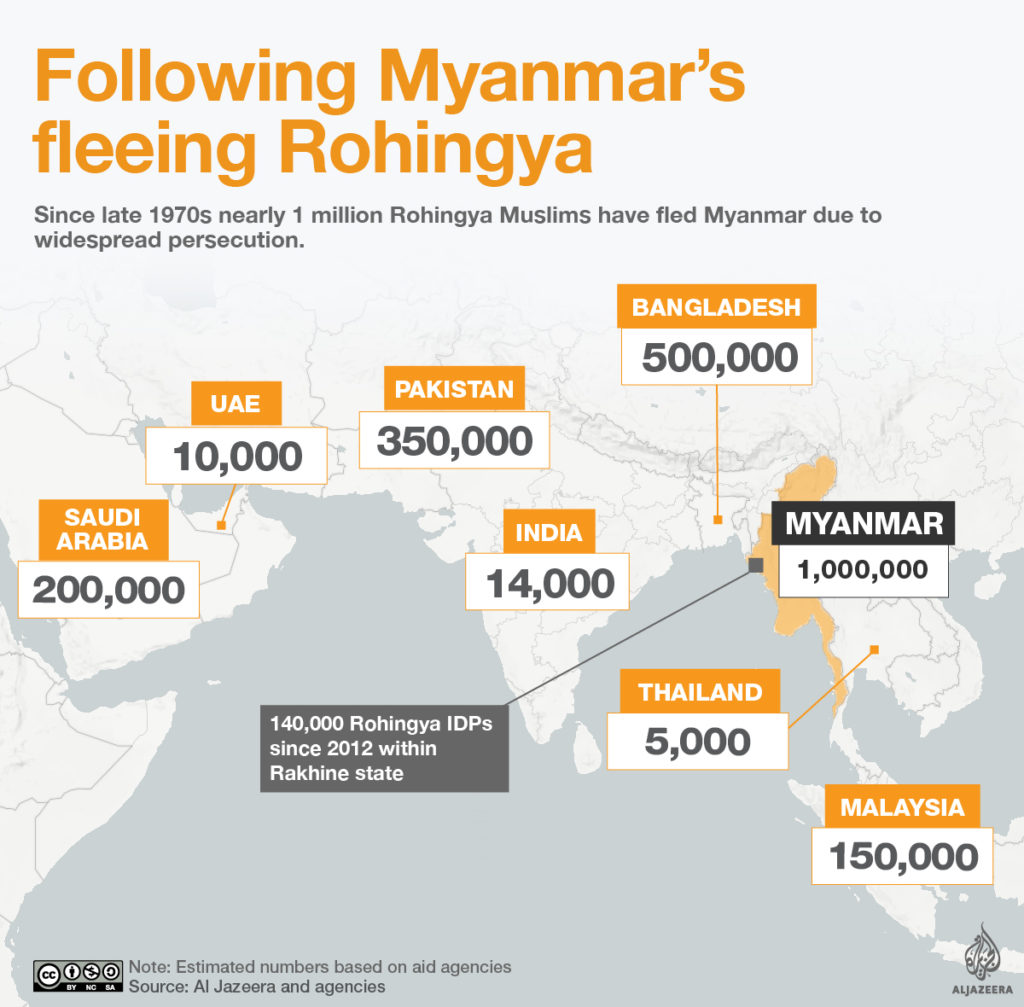