UN panel calls for international community to sever all ties with country’s military over Rohingya abuses. 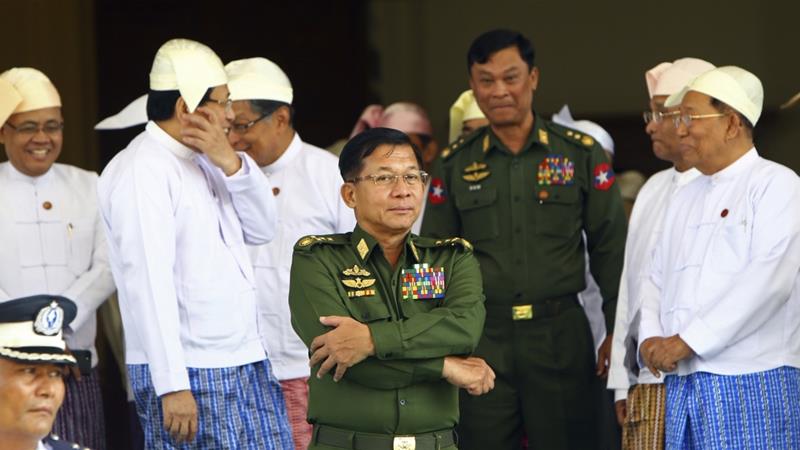 6 Aug 2019 – A week after his soldiers began storming villages in Myanmar’s Rakhine state, slaughtering thousands as they burned people alive in their homes and raped women and children, the country’s military chief invited local businesses to a donation ceremony to support the bloody campaign.

The September 2017 ceremony, where senior general Min Aung Hlaing raised over $1.4m, is just one example of how the Myanmar military has exploited a large network of business ties to fund “brutal operations against ethnic groups”, a United Nations fact-finding mission said in a report published on Monday.

In the 111-page report, the panel of three legal experts called on the international community to sever all ties with the Tatmadaw, as the military is known locally, urging financial sanctions, an arms embargo and a consumer boycott.

It follows a report last year by the mission that called for Min Aung Hlaing and other senior military officials to be prosecuted for genocide for their role in the brutal 2017 crackdown, which forced more than 730,000 Rohingya to flee to Bangladesh.

The military has vehemently denied any wrongdoing and describes its actions as legitimate “clearance operations” in response to attacks on border posts by Rohingya armed groups it says are “terrorists”.

A military representative did not answer several phone calls seeking comment on the latest report.

The report offers a guide for anyone looking to hit the generals in their pockets by trying “to map as comprehensively as we’ve been able to the economic activities of the military,” Christopher Sidoti, a member of the panel and an international human rights lawyer, told Al Jazeera.

It identifies more than 120 businesses involved in everything from construction and pharmaceuticals to tourism and gem mining that are owned by two opaque military conglomerates, the Myanmar Economic Corporation (MEC) and Myanmar Economic Holdings Limited (MEHL).

And it names 59 foreign companies that have joint ventures or other commercial ties with military-owned firms. These firms “risk contributing to, or being linked to, violations of international human rights and humanitarian law,” the mission said.

They include Japan Tobacco International, which produces Camel and Winston brand cigarettes and has a joint venture with MEC. Also listed is Newtec, a Belgian company supplying technology to a telecoms venture jointly owned by the military, named Mytel.

Japan Tobacco International did not respond to a request for comment. A Newtec spokesperson told Al Jazeera that “finding our company on that list is extremely shocking to us” and that the company would issue a statement on Tuesday.

The panel argues in the report that firms have a legal obligation under international law to divest from Myanmar’s military.

Mark Farmaner, director of the Burma Campaign UK pressure group, which uses an alternative name for Myanmar, said that while there is no single measure that will make the military change, “targeting their financial interests is an essential part of the pressure that needs to be applied.”

The reputational risk of being linked to the Tatmadaw may help nudge foreign companies to divest, Sidoti said.

“If our report contributes to reputational damage, so be it.”

The panel also called for dozens of Myanmar companies to be criminally investigated for aiding and abetting international crimes and crimes against humanity with financial contributions to the military and the government.

At the September 2017 fundraiser, one of the three that brought in a total of over $10m, Min Aung Hlaing praised the “compassion and nationalistic fervour” of the corporate donors. He also told attendees that “the Bengali problem” was an “unfinished job”.

Many in Myanmar refer to Rohingya as Bengalis as part of what rights advocates describe as efforts to erase their identity.

The report also highlights donations made by the Kanbawza (KBZ) Group and Max Myanmar, two of the country’s largest conglomerates, towards a border fence in Rakhine state that the panel says was built to prevent the Rohingya from returning to Myanmar. 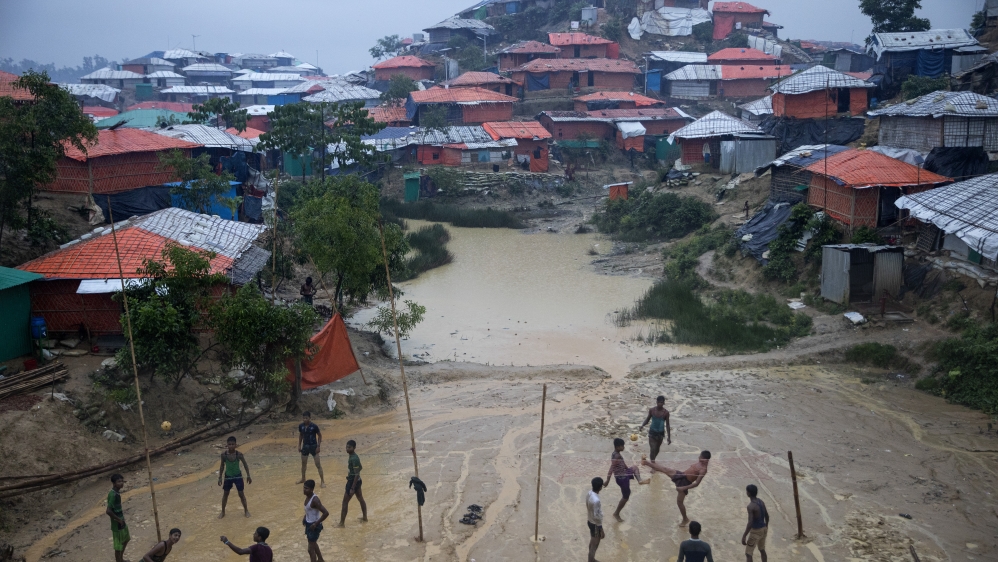 The company officials “were aware of the substantial likelihood that the fence would contribute to the prevention of the displaced Rohingya population from returning to their homeland and community, thereby causing great suffering and anguish”, the mission wrote.

Max Myanmar said in a statement that it “categorically denies” the allegations made in the mission’s report and said its donations were not made for the border fence but “solely and particularly intended for reconstruction and rehabilitation of the society”, including the development of “local communities affected by unfortunate events without any biases.”

A KBZ Group spokesperson said in a statement distributed to local media: “We have received the report and are studying it carefully. This is the first we have heard of any claims against our group and charity connected to the fact-finding mission. We were never contacted by the mission… therefore we are not yet in a position to comment further.”

The mission called on the UN Security Council to impose an arms embargo and identified 14 companies from Israel, Russia, China, India, Ukraine and elsewhere supplying arms and equipment to the military.

And it found that the military had sought to procure dual-use equipment from companies in the United Kingdom, Austria, Japan and Canada, though it was unable to confirm if those deals went ahead.

One of the companies, UK-based Veripos, told Al Jazeera it had “provided GPS products to the Myanmar Naval Hydrographic Center between 2014 and 2017 in compliance with applicable legislation and regulation.”

It added: “Our products are used for civil marine applications, e.g. hydrographic survey. Veripos remains committed to the highest standards of ethical behaviour and will abide by any regulations provided by the United Nations as a result of this report.”

Marzuki Darusman, the mission chair, said that while isolating the military it was important to also support the rest of Myanmar’s economy.

“Removing the Tatmadaw from Myanmar’s economy entails two parallel approaches. In addition to isolating the Tatmadaw financially, we have to promote economic ties with non-Tatmadaw companies and businesses in Myanmar,” he said.

David Mathieson, a Myanmar-based analyst, said that while he thought the mission has produced a “fantastic and important report” he was skeptical that it would have any real impact.

“I’m afraid I have to disagree with the assertion that cutting ties with military companies will impair their ability to perpetrate human rights violations,” he said.

The military’s companies “are more about enriching senior military officers and having a separate revenue source from government than being a direct financier to abuse,” he said, adding that many of its weapons are made domestically.

“Senior leadership may be irked by this report, but it doesn’t seriously endanger their ability to wage brutal counter-insurgency and ethnic cleansing,” he added.

The mission has emphasised that cutting the generals off financially should be done at the same time as pursuing prosecutions against them.

Progress on the latter has been “achingly slow” Sidoti said. While he was encouraged by the recent decision of the US to ban Min Aung Hlaing and three other generals from travelling to the country, it was a “largely symbolic” action, he said.

He added that he hoped the report would encourage further investigation into the military’s assets by UN agencies, journalists, NGOs and others.

Farmaner said the report shows that foreign governments no longer have an excuse for inaction.

“Members of the international community try to defend their inaction by saying their options for leverage on the military are limited. This report exposes that as a lie,” he said.