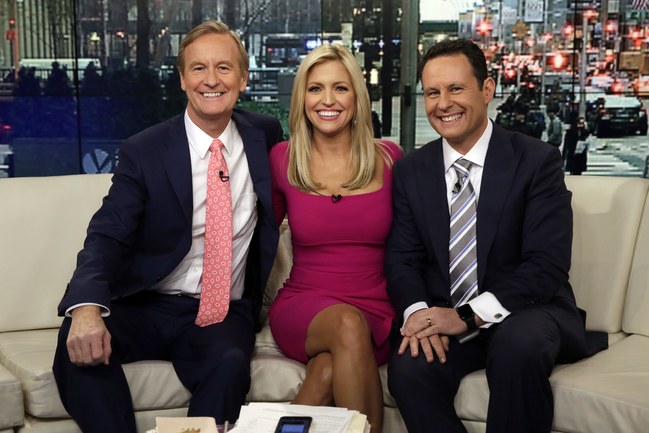 NEW YORK (The Borowitz Report)—With just one day until Donald J. Trump’s first State of the Union address, the cast of “Fox and Friends” is working furiously on the final draft of the speech, members confirmed today.

“We’ve really been burning the midnight oil,” Steve Doocy, the host of the Fox program, said. “We have so much to say tomorrow night, and we want to get it all in there.”

Doocy said that when he read the first draft of the State of the Union address last week, he “kind of flipped out” when he realized that there was “absolutely no mention of Hillary Clinton’s Hydra-like tentacles controlling the Deep State.”

“The State of the Union address is the President’s chance to tell the American people where the country is and where it’s going,” Doocy said. “You can’t do that without talking about how Crooked Hillary is funnelling her Russian-uranium riches directly into Bob Mueller’s bank account in the Seychelles.”

While Trump reportedly has had input from other sources, including the Fox News anchor Sean Hannity, the conspiracy theorist Alex Jones, and several neo-Nazi Twitter accounts, Doocy said that the cast of “Fox & Friends” has final approval of the version that Trump will read Tuesday night.

“Someone has to have the last word,” Doocy said. “There are a lot of voices in President Trump’s head, and that’s not including the actual voices that are always in his head.”