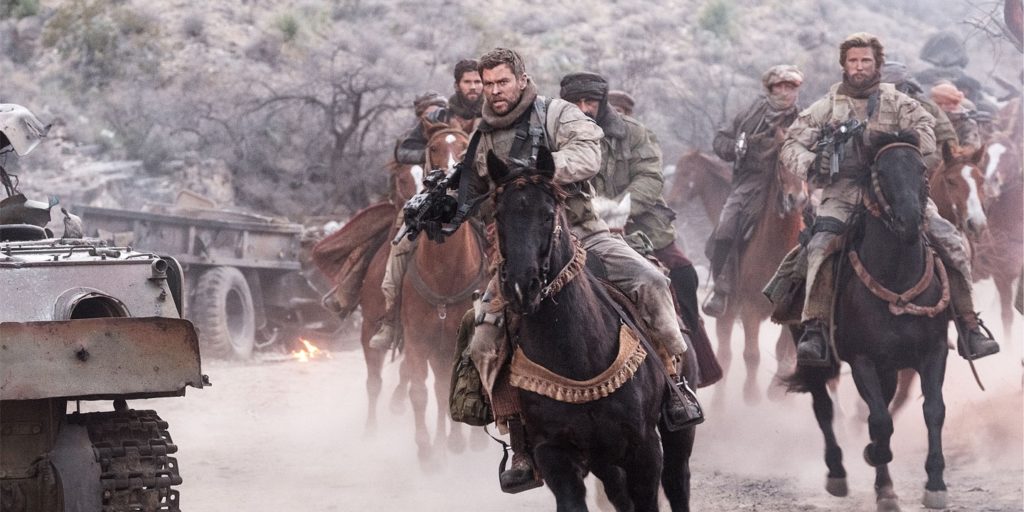 27 Jan 2018 – The Hollywood Reporter published a surprising story earlier this month about film studios turning away from movies about sex. A biopic about Hugh Hefner is stalled, gone for the moment is a James Franco film about a 15-year-old Russian prostitute, and a remake of “A Star Is Born” is being re-thought, too.

“As Hollywood begins to navigate the #MeToo landscape,” Tatiana Siegel reported, “one of the first casualties appears to be big-screen erotica. In the wake of the Harvey Weinstein scandal, studios are steering clear of sex.” Alyssa Rosenberg, writing in the Washington Post, hopes that Hollywood’s embarrassed executives are navigating “the end of a very narrow way of thinking about what’s alluring.” Instead of movies that objectify women, she suggests more films that portray sex and sexuality in intelligent ways.

This reckoning is long overdue. And it can be extended to another genre that has distorted how men behave: war movies. Hollywood has shown itself capable of making excellent war movies (think “Three Kings,” “Paths of Glory,” and “The Best Years of Our Lives”), but most are problematic. Some of the biggest war movies of the post-9/11 era don’t just show violence in ways that are often gratuitous and occasionally racist. They model a cliched form of masculinity that veers from simplistic to monstrous.

For instance, you can see Rambo and John Wayne return to life in the latest war blockbuster, “12 Strong,” which was produced by Jerry Bruckheimer, who also brought us “Black Hawk Down.” “12 Strong” is an extravaganza about a Special Forces team that fought the Taliban in Afghanistan in the weeks and months after 9/11. During the movie’s pivotal scene, the leader of the Green Berets, played by Chris Hemsworth (the grievously handsome star of the Thor franchise), decimates a hive of Taliban fighters with his rifle ablaze as he gallops ahead on his fearless horse (yes, he’s riding a horse). In the same way that Hemsworth’s assault weapon goes rat-tat-tat and the bad guys fall like bulleted dominoes, the scene itself checks off one born-in-Hollywood cliché after another: of the rugged gunslinger, the warrior in camo, good versus evil, the modern vanquishing the profane, a man at his fullest.

Whenever I write about the real-world impact of war movies – and I’ve gone to bat against “American Sniper,” “Zero Dark Thirty” and “13 Hours” — I always get responses along the lines of “Relax, these are just movies. Don’t take them so seriously. They’re harmless.” That’s when it becomes necessary to say that movies can create or reinforce narratives of history and gender that influence what people think and what they do. Boys and men develop their notions of masculinity from a variety of sources that include the films they watch (the extent to which this is true is, of course, open to debate). The time has come for Hollywood to turn away from war movies that, while satisfying to both a studio’s bottom line and a flag-waving concept of patriotism, perpetuate a model of masculinity that does violence to us all.

Don’t get me wrong, soldiers often do brave things and shouldn’t be denied credit for it. I’ve reported on the wars in Afghanistan, Iraq, Somalia, and Bosnia, so I’ve seen heroism from soldiers of many nationalities, as well as cowardice and abuse. That’s not the issue. What matters is that well into the second decade of our forever war, the combat movies that populate our multiplexes and our minds are devoted to a martial narrative of men-as-terminators that should have been strangled at its birth a long time ago.

While “12 Strong” is marketed as a true story based on a nonfiction book by Doug Stanton, there is nothing in Stanton’s book that resembles the climactic scene of Hemsworth bravely shooting his way on horseback through a gauntlet of waiting-for-paradise Talibs. There is one passage in the book in which the Special Forces soldier played by Hemsworth rides his horse into the corpse-strewn aftermath of a battle, but the fighting and dying are over by then. When I asked the film’s public relations team about this difference, they sent me the following statement from Stanton: “This scene is an amalgamation of the horse charges that the [Afghan] Northern Alliance made against the Taliban, and which the [American] horse soldiers themselves observed and assisted in. But as it appears in the movie, the same scene does not appear in my book.”

Inventions are what Hollywood does best, of course, but it’s hard to know whether to chuckle or cry about the grafting of this magical practice onto a film that purports to show the heroism of U.S. soldiers; their actual bravery was not good enough for a film-whisperer like Bruckheimer, apparently.

They called in airstrikes against Taliban positions while riding horses through frigid mountain passes, getting sniped at by the enemy and taking shelter in ancient caves with guerrilla fighters subsisting on nuts and stale bread? How can I make a movie about that, get me someone from rewrite!

So in the rewrite, the riding-and-shooting-into-a-hail-of-bullets courage of Afghan fighters is transposed onto American soldiers (hence the promotional still from “12 Strong” that is published with this story). It’s a sort of cinematic stolen valor.

It doesn’t have to be this way. The best war film of the last year, “Thank You for Your Service,” based on the nonfiction book by David Finkel, quietly focuses on the troubles of a group of soldiers after they come home from a deployment in Iraq. The film has only two battle scenes, and both are excruciating to watch because their violence is frightening rather than glorious – the opposite of Bruckheimer’s feel-good shoot-’em-ups. The men in “Thank You for Your Service” are struggling with PTSD, painfully coming to the awareness that the combat that gave them such purpose in Iraq has injured their psyches. Nobody looks like Thor in this movie, nobody behaves like Thor, and the John Wayne style of masculinity that these men might have aspired to emulate is shown to be an artificial and harmful construct.

You know what’s coming next.

“12 Strong” earned nearly twice as much in three days as “Thank You for Your Service” has earned in three months. And the numbers – more than $15 million in ticket sales for “12 Strong” in its first week – are Venmo pennies compared to the box office take of “American Sniper,” the macho movie about Navy SEAL sniper Chris Kyle that has earned more than half a billion dollars since 2014. Who is at fault for the lucrative war chum that Hollywood tosses into our Saturday nights – the movie studios or the movie-goers who love to consume this masculine nonsense?

I’ll gladly answer that question: both. But first let’s examine the greater power of producers, directors, and actors, because their choices are so influential. It’s not a matter of deciding to zone out for 90 minutes in front of a screen, but of investing large amounts of time and resources into making distorted movies about men at war (such movies are almost never about women). I realize it might be absurd to think that somehow these filmmakers (surprise — they’re mostly men) can be persuaded to reconsider before doing it again. The only thing that might be more ridiculous to imagine is the movie industry turning away from films that objectify women – which, according to The Hollywood Reporter, is apparently happening.

So yes, there is hope.

Update: Jan. 27, 2018: An earlier version of this story misidentified the military service to which Chris Kyle belonged. It was the Navy SEALs, not the Marines.