South Korean President Moon Jae-in hopes North Korea’s participation in the Winter Olympics will pave the way to reconciliation. If it turns out to be flimflam, diplomacy will be weakened and the threat of war could loom again. 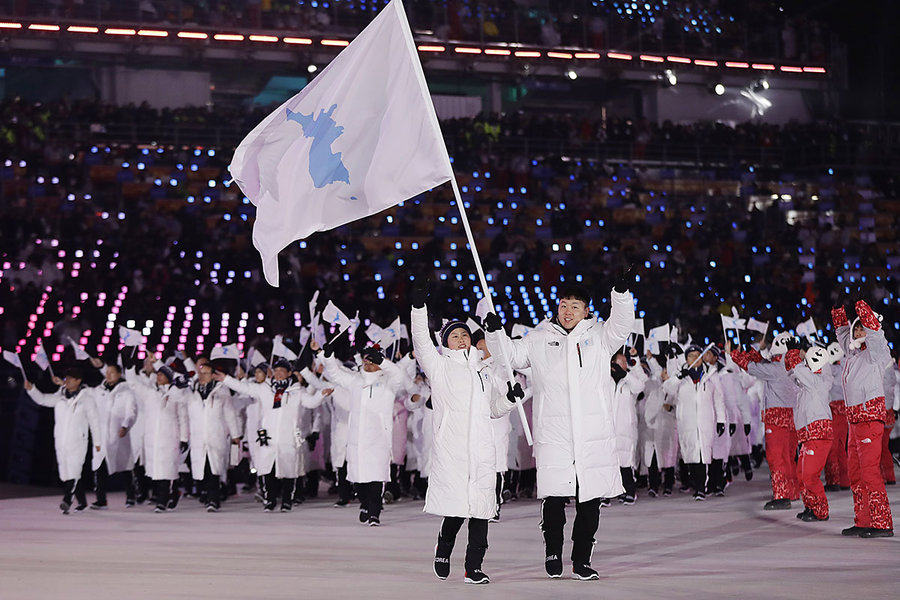 That seems to be the thinking behind South Korean President Moon Jae-in’s eagerness to welcome North Korea to the 2018 Pyeongchang Winter Olympics – and share the global stage that Seoul has been seeking for more than 15 years. But he is taking a big gamble.

Mr. Moon has dubbed the Games that open today the “Peace Olympics,” and expressed hope that they might pave the way for more substantive efforts to end the North’s nuclear program after two years of rising tensions. If they fail to do so, however, the Olympics could mark the end of the road for peaceful diplomacy.

When North Korean leader Kim Jong-un signaled his willingness last month to send a delegation to the Games, Mr. Moon warmly welcomed the 22 athletes, including skiers, hockey players, and a pairs figure skating couple who skated their Olympic qualifying performance to the Beatles’ “A Day in the Life.”

“It can be very symbolic to show that the Korean people are one people in one nation and to try to revive that nationalistic feeling,” says Kim Ji-yoon, a senior fellow at the Asan Institute for Policy Studies, a think tank in Seoul. “I think the Olympic Games can also help lure the North Koreans to the negotiating table. I don’t really think it’s going to be a very significant step, but still, it’s a good point to start to talk, any kind of talk.”

Some 61 percent of South Koreans approve of North Korea’s participation in 2018 Pyeongchang Olympics and 53 percent expect that the Games will improve inter-Korean relations, according to a Korea Press Foundation poll published Jan. 31. But Moon’s move has been met with a good deal of skepticism and even anger, particularly over his last-minute announcement that the two Koreas would field a joint women’s ice hockey team – meaning some South Korean players would be sidelined.

“The North Korea thing has kind of ruined the Olympics,” says Park Junghwan, a young man in Seoul who doesn’t think talks will yield any fruit – a view that he says was shaped in part by his mandatory military service. “North Korea did this kind of thing before – they were developing nuclear weapons and they came here and said some peaceful things. It is the same this time.”

Give peace a chance?

Welcoming North Korean athletes is in keeping with the pure Olympic spirit, says B.J. Shin, who served as vice president for the Korean Olympic Committee for 15 years. As Korea’s chef de mission at the 2004 Athens Olympics, he marched side by side with his North Korean counterpart behind a Korean Peninsula flag – as the two teams are doing at this year’s opening ceremony.

The North Korean delegation will feature pairs figure skaters Ryom Tae-ok and Kim Ju-sik, the only North Koreans to qualify on merit. A dozen female ice-hockey players will compete on a joint team with South Korea – the real novelty of these games – while several skiers and two short-track speed skaters will compete under their own flag on a special invitation from the International Olympic Committee.

While Mr. Shin supports the athletes’ participation and agrees in principle with Moon’s push for talks, he doesn’t see any sign that Mr. Kim will give up his pursuit of ever more powerful nuclear weapons.

South Korea’s Olympic overture comes after an unprecedented escalation of North Korea’s nuclear and missile programs, which have accelerated despite US threats and increasingly punitive United Nations sanctions. In the past two years alone, Kim has fired more missiles than his father and grandfather launched in 25 years.

Moon, whose parents fled North Korea, was born in a North Korean refugee camp and strongly supports negotiations – to Washington’s dismay. When Mr. Trump declared on Twitter that “Talking is Not the Answer” last fall, Foreign Affairs pointed out that Moon – a practicing Roman Catholic – was embracing the “diplomacy of encounter,” a philosophy advocated by Pope Francis.

Some see North Korea’s Olympic bid as a deliberate attempt to drive a wedge between South Korea and the United States. Certainly, its team’s presence in Pyeongchang draws attention towards the Korean aspects of the peninsula’s division – suggesting it is up to the two neighbors to resolve themselves. That distracts from the international aspects of Pyongyang’s nuclear threat to other countries, which poses a global problem.

Moon’s penchant for diplomacy has come in for criticism not only from conservatives at home and in the United States, but also from many of the young people who were key to his electoral victory last May. While they are progressive on social issues, they are far less inclined than their parents to make nice with North Korea. 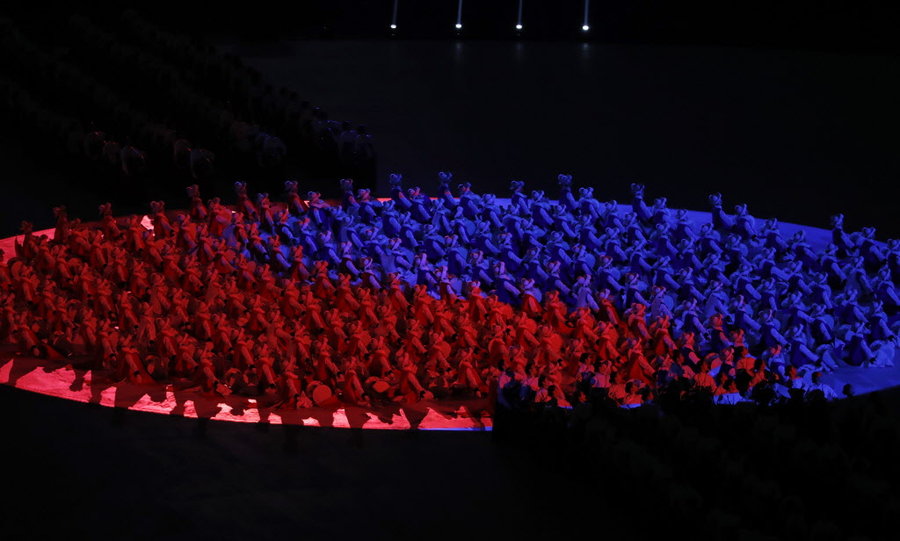 Better together? Not for the young

Their parents largely still see Korea as one country, tragically and artificially divided.  The younger generation views North Korea as a foreign country whose society and system of government are alien.

Whereas their parents grew up stocking emergency food rations and keeping the bathtub full in case of war, they have resigned themselves to the fact that a war today could explode at the press of a nuclear button – and that there would be nowhere to flee.

Nor are they moved by ethnic nationalism, a move some see as positive in a broader sense, but not for Korean unification. Some 71.2 percent of 20-something South Koreans oppose reunification, according to a 2017 survey by the government-run Korea Institute for National Unification in Seoul. Many cite the economic burden that reunification imposed on West Germany, and point out that North Korea is far worse off than East Germany was.

Choi Jin-sun and Hwang Do-kyung, two young Korean women waiting in Seoul for their train to Pyeongchang, where the winter Games are being held, say they support negotiations in principle but are not hopeful about the results.

“We should try as much as we can,” Ms. Hwang agrees, “but I think North Korea will not cooperate.”

That is a view increasingly held by pundits too. They will be looking beyond North Korea’s Olympic charm offensive for a sign of a shift in behavior. If the nuclear tests and missile launches pick up again when the Games are over, it could become a “we told you so” moment for conservatives.

“If North Korea insists upon the same behavior or even ups the ante, then everything will go back to square one,” says Bong Young-shik, a research fellow at the Institute for North Korean Studies at Yonsei University in Seoul.

“It will only provide a very useful justification and legitimacy to the Trump administration and the conservatives in South Korea and in Japan to claim that, ‘Look, we have given a chance to Pyongyang and Seoul to settle this case in a peaceful manner, taking advantage of the Olympic Games, but it utterly failed and … we have exhausted all the diplomatic tools. Now it is time to turn to something else.’ ”

In other words, if ice skates don’t cut it, we could be back to warlike threats of “fire and fury.”