Australia: Crime Does Pay, the War on Drugs Doesn’t

The definition of insanity is doing the same thing over and over again, and expecting a different outcome. John Ryan from the Penington Institute weighs in on Australia’s never-ending, never-winning war on drugs.

10 Mar 2018 – We all know the scene. A prominent politician, often a Justice Minister or a Police Minister, surrounded by uniformed police and sometimes even sniffer dogs, standing over a pile of illicit drugs.

“This is a record bust for [insert state/territory/city]”, the Minister will announce with much somber nodding of heads. “This will severely hamper the operations of [insert organised criminal group(s)]and sends a strong warning to the community: crime doesn’t pay.”

Unfortunately, that just isn’t true. The Australian Bureau of Statistics calculated in 2010 that Australians spend more than $7 billion a year on illegal drugs and it has only grown since then. Although we often do achieve significant seizures of drugs via air, sea and land, there will never be a way to stop the smuggling of drugs into Australia.

This is not to denigrate the hard work of Australian law enforcement. These people are simply doing their job and we should always do what we can to fight the operations of organised criminal groups that prey on the must vulnerable and reap huge profits from doing so.

But when it comes to illicit drugs, the size of the problem is just too great. The market is extremely lucrative, the avenues for drug importers numerous and always changing and the resources that can be disposed to fight supply necessarily finite.

It is incredible to consider the lengths organised criminal groups will go to in order to profit from illicit drug smuggling. Drugs coming into Australia have been hidden in boxed up toilets, electrical extension cords, tennis rackets and most famously tinned tomato cans in what was one of the world’s largest ever illicit drug busts. 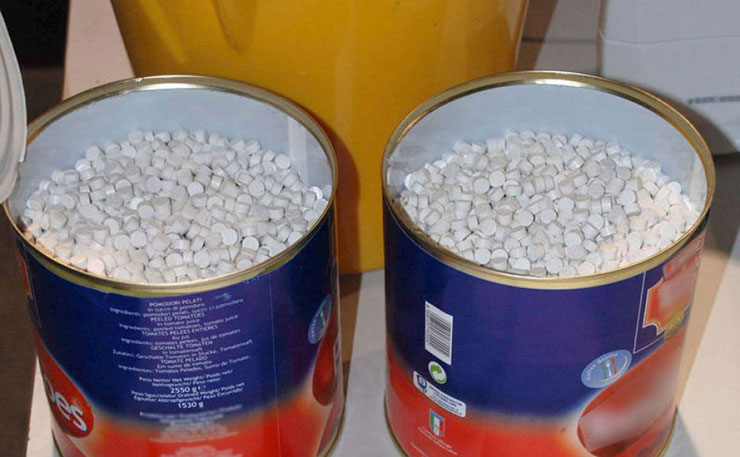 The 2007 ecstasy drug bust in Australia uncovered more than 4 tonnes of drugs secreted in 3,000 tomato can tins.

They have concealed drugs in kid’s toys, beer and terracotta pots and labelled liquid methylamphetamine “vampire blood”. The traffickers know their market. In a ploy that would confuse border officials from other countries they have even tried concealing drugs in humble boxed wine or ‘goon bags’ coming into Australia.

The old-fashioned post works just fine too; illicit drugs are regularly posted to addresses right across Australia. Almost 13,000 packages of illicit drugs were intercepted coming into Australia in 2015 alone. That sounds like a lot, but when you consider that tens of millions of international mail items arrive in Australia each year, it’s easy to see that many packages slip through the cracks every day.

This is just the drugs we have found or know about. Hundreds of seizures happen every week and it’s impossible to know how many imports are missed. It reminds me of a quote from the popular television series The Wire. When consoling a police officer despairing at his inability to stop the Baltimore drug trade, a neighborhood spiritual leader tells him: “Oh, come on, man, you talking ’bout drugs. That’s a force of nature, it’s sweeping leaves on a windy day.”

But we keep trying and trying.

Many countries, including Australia, are militarising their response. At the same time the United States Defence Department is authorising the bombing of opium labs in Afghanistan (with resulting loss of civilian life) Australia’s navy is working with the New Zealand Defence Force to conduct drug seizures in the Middle East. Recently, the crew of the HMAS Warramunga announced a seizure of 915 kilograms of heroin valued at $274 million.

Yet smugglers know that a certain amount of their product will be seized. They just factor it into their business model given how much money they can make. It’s a cost of doing business.

Those responsible for seizing drugs announce the value of their hauls at expensive retail prices, not the wholesale cost to the trafficker. Given the price of heroin in Afghanistan is around $1,200 per kilogram, the wholesale value of the HMAS Warramunga bust is a little over a million dollars, not $274 million. 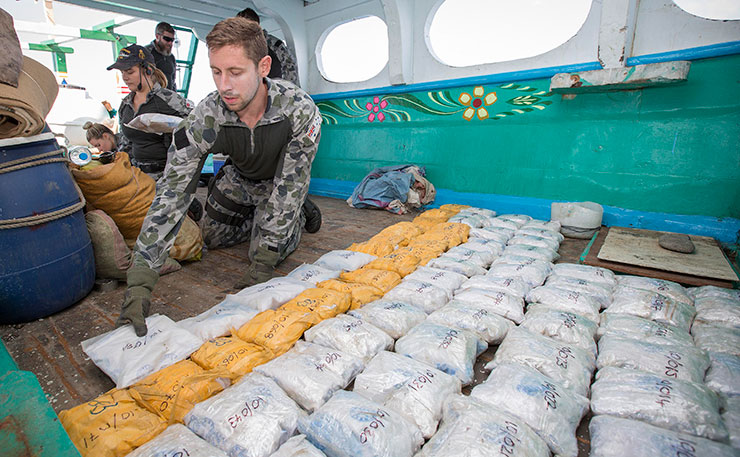 So if supply reduction will never be 100 per cent effective, if we can never realistically halt the never-ending flow of illicit drugs into Australia, what are we supposed to do?

The answer is to address the imbalance and change our approach. Of total government investment tackling the problem of illicit drugs, almost 65 per cent is spent on supply reduction via law enforcement, compared to 22 per cent on treatment, 9.5 per cent on prevention and just 2.2 per cent on harm reduction. We must admit that our current strategy isn’t working.

Right now, many Australian treatment services are under enormous pressure and some have to turn people away. Meanwhile, harm reduction services such as Needle and Syringe outlets face real challenges including a need to expand their opening hours, number of available sites and ability to improve their care and referral capacity.

Harm reduction measures like providing clean needles and syringes also reap maximum reward. Between 2000 and 2009, needle and syringe distribution in Australia is estimated to have prevented 32,050 cases of HIV and 96,667 cases of Hepatitis C. For every $1 invested in these programs we saved $4 in health care costs and $27 in overall costs to the community.

Imagine what else could be achieved if we boosted investment in these areas. As has been reported recently, if healthcare resources were distributed in accordance with the actual burden of disease, experts say we should be more than doubling what we currently spend on drug and alcohol treatment.

Surely it’s time to change our approach. At a time when treatment services remain out of reach for many communities, will we ever realistically stop the flow of illicit drugs into Australia? Or are we just sweeping leaves on a windy day?

John Ryan is a recognised leader in public health and safety approaches to drugs. John was the CEO of Anex, the predecessor organisation of Penington Institute, from 2000 until the formation of Penington Institute in 2013. As CEO, John has contributed to a number of public policy changes, linking real world problems to policy solutions. These include expansion of overdose prevention programs including take home naloxone, increased access to and referral from needle and syringe programs as well as enhanced availability of opioid substitution programs. John actively works to promote evidence-based responses to drug use in the community, media and with government and is currently a member of the Australian Government’s Ministerial Advisory Committee on Blood-Borne Viruses and Sexually Transmissable Infections, and the Premier of Victoria’s Ice Action Taskforce.