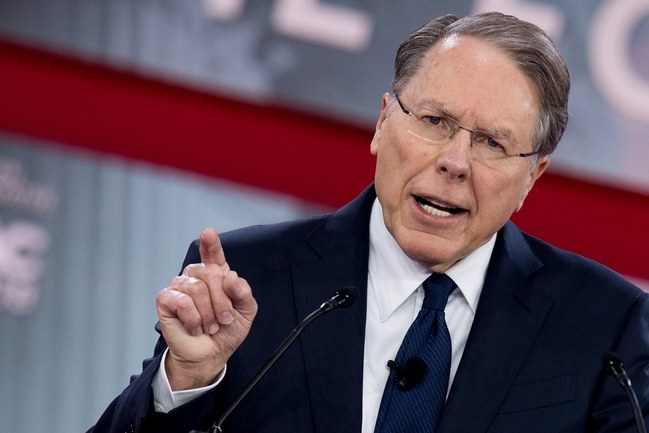 15 Mar 2018 – Hours after an armed teacher in a Northern California classroom fired a gun and injured a student, the head of the National Rifle Association proposed placing a second armed teacher in every classroom, to shoot the first armed teacher before he or she can do harm.

The N.R.A. executive vice-president said, “In a perfect world, you would have a third armed teacher, in case the second one messes up, but right now I’d settle for two.”

He blamed anti-gun activists for blocking measures that would allow multiple teachers with guns to shoot at one another and thus keep the nation’s classrooms safe. “It’s time to stop the madness,” he said.