“What we should do is go and persuade our governments not to go and drop bombs on people. And certainly not until we have done all the research that is necessary so that we would have a clear idea of what is really going on.”
— Roger Waters 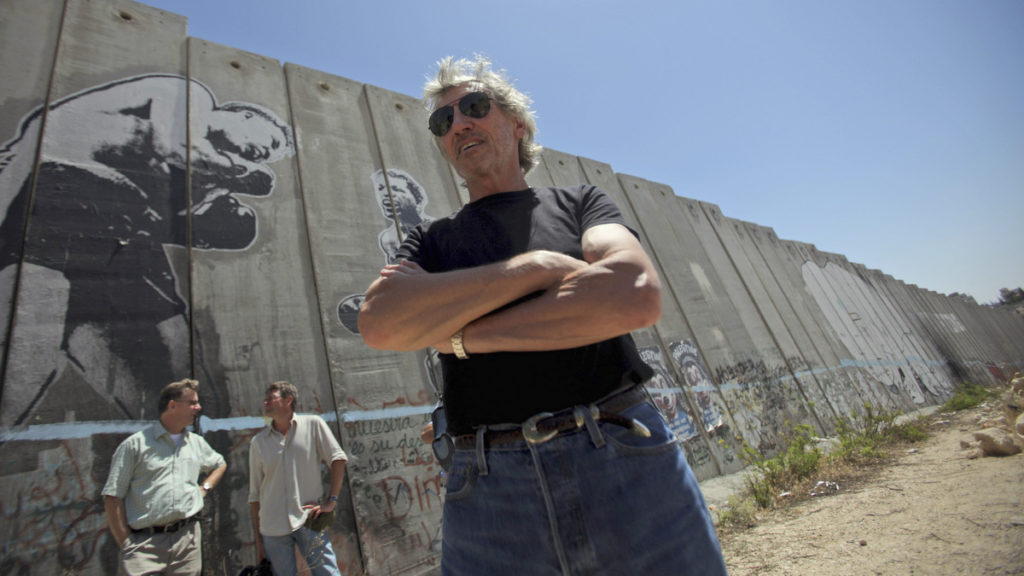 17 Apr 2018 – Roger Waters, former guitarist for Pink Floyd and solo performer, spoke out against the Syrian White Helmets during a recent concert in Barcelona, calling the group “fake” and existing for the sole purpose of creating propaganda for a Western audience on behalf of Syrian opposition groups.

Waters, who has long been outspoken in his support for Palestinian resistance, brought up the White Helmets after someone had asked him to speak about the alleged chemical weapons attack in Douma that led the U.S., U.K. and France to bomb Syria last Friday. That chemical weapons attack — which was most likely staged, based on newly released evidence — was publicized chiefly by the White Helmets, as well as by the USAID-funded Syrian American Medical Society.

Though the audience member had asked Waters to speak up about the chemical weapons attack and condemn the Syrian government for its alleged complicity, Waters stated that he had a very different perspective on the situation in Syria and on the White Helmets group:

The White Helmets is a fake organization that exists only to create propaganda for jihadists and terrorists. That’s my belief.”

“We have opposing beliefs,”

Waters added, referencing his disagreement with the audience member.

As Waters noted, the White Helmets work exclusively for groups that are classified either as jihadists, like Jaysh al-Islam, or terrorist groups, like al-Nusra Front, and have frequently been denounced as a “propaganda construct,” owing to their ability to produce high-definition videos but inability to conduct basic paramedic procedures.

If we were to listen to the propaganda of the White Helmets and others, we would be encouraged to encourage our governments to start dropping bombs on people in Syria. This would be a mistake of monumental proportions for us as human beings.”

Indeed, the White Helmets often call for airstrikes targeting the Syrian government and echo foreign governments regarding the need to overthrow Syrian President Bashar al-Assad. The congruence is unsurprising given that the White Helmets were founded by former U.K. intelligence officer and mercenary, James Le Mesurier, and have received hundreds of millions of dollars from the governments of the U.S., the U.K. and Qatar.

Waters concluded his statements on the White Helmets and the current situation in Syria by asserting that:

The reference to the flimsy intelligence used by the U.K., U.S. and France to justify the strikes is clear. According to official government statements, YouTube videos, social media posts and testimony of people on the ground in Jaysh al-Islam-controlled areas were used to justify the strikes, as opposed to actual concrete evidence that a chemical weapons attack took place, let alone who may have been responsible if it did.

The U.S. openly admitted that it had no evidence at the time of the strike proving Assad’s government had launched the attack, merely that it was “confident” that an attack had taken place and that the Syrian government was capable of having conducted it. Interestingly, the strikes were launched the day before the international chemical weapons watchdog, the OPCW, was set to begin investigating the alleged site of the attacks in Douma.

As Waters noted, the actions of these Western governments seem to show that propaganda has become more important than reality, as long as that propaganda serves long-standing geopolitical goals.