‘Super Gonorrhea’ Raises the Stakes in the War against Superbugs

Antibiotic resistance is not new but recent developments increase the urgency for action. Shutterstock

5 Apr 2018 – There has been a lot of news over the past few weeks about the rise of superbugs and antibiotic overuse, including a nasty sexually transmitted infection in the United Kingdom. A British man is the first in the world to be diagnosed with a strain of gonorrhoea resistant to all strains of antibiotics used to treat the infection.

Superbugs have tended to pose the greatest risk to people with compromised immune systems, such as cancer patients, and those who were injured or underwent surgery. But the sexual transmission of these bugs means antibiotic resistant infections can spread much more widely.

So what exactly are superbugs, and how scared should we be?

Super but not new

“Antibiotic resistance” and “drug-resistant infections” also refer to the same phenomena. They describe microorganisms that have evolved to become impervious to being killed by treatment with antibiotics.

There is a common misconception that antibiotic resistance means your body has become resistant to antibiotics. This is not true.

Antibiotic resistance is nothing new. Alexander Fleming’s 1945 Nobel Prize acceptance speech for the discovery of penicillin discusses the development of resistance. He includes a scenario of Patient X, who:

Indeed, resistance has been reported for every antibiotic ever introduced – generally within a few years of deployment.

How do they become resistant?

Bacteria are able to fight antibiotics by a variety of methods:

One or more of these resistance mechanisms may already be naturally present in a very small fraction of the millions of bacteria exposed to an antibiotic. This is called “innate resistance”. Most of the bacteria are killed, but this small population survives and grows.

In other cases, resistance develops through evolution (a process known as “induced resistance”). Bacteria grow rapidly. Under optimal conditions the population can double in as few as 15-30 minutes.

When exposed to sub-lethal doses of antibiotic, bacteria can become tolerant. They accumulate beneficial mutations over multiple generations. They then pass on this resistance to their progeny when they divide.

Read more: We know _why_ bacteria become resistant to antibiotics, but _how_ does this actually happen?

Bacteria are also very promiscuous. They exchange pieces of genetic material (plasmids) that carry the codes for resistance. This allows for the rapid spread of resistance between different types of bacteria.

An example is highlighted by recent news reports of resistance to a “last resort” antibiotic, colistin. A gene called mcr-1 (mobilized colistin resistance) was found to be contained in plasmids in E. coli bacteria collected from Chinese pig farms in 2011 (though it was not reported until 2015). 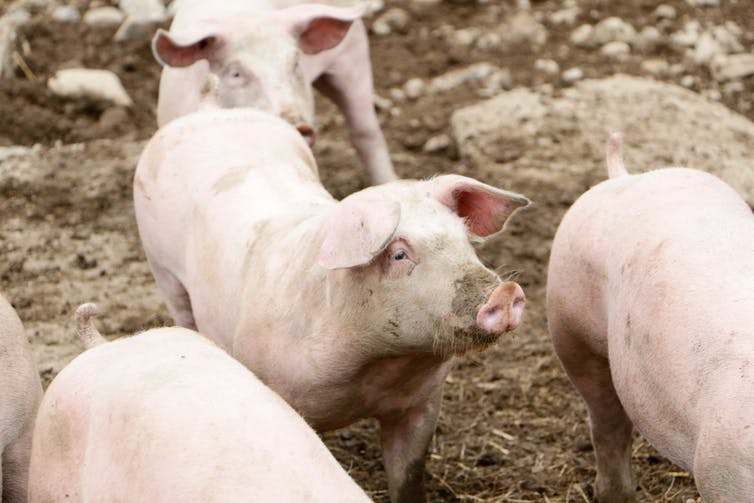 A gene that makes bugs resistant to antibiotics of ‘last resort’ was found in Chinese pig farms. Zawinul/Shutterstock

While colistin resistance was already known, the potential for resistance to be quickly spread by this new mechanism is of great concern. For some infections, colistin is the only antibiotic that still works. Indeed, the mcr-1 gene has now been found in multiple types of bacteria in more than 30 countries (including a patient in the United States in 2016).

The World Health Organisation is now warning that we face a return to a “pre-antibotic era”. It warns:

Common infections and minor injuries which have been possible to treat for decades may once again kill millions. Resistance to antibiotics will make complex surgeries and management of several chronic illnesses like cancer extremely difficult.

Before antibiotics, 40% of deaths were due to infection. If we do not act, a review commissioned by the United Kingdom government predicts that by 2050 drug-resistant infections could cause 10 million annual deaths.

How did we get here?

This rise in resistance is largely driven by excessive antibiotic use. The same UK report indicates that up to two-thirds of the world’s antibiotics are not used to treat humans, but are given to animals grown for food. This animal use is often as a food additive, not as therapeutic treatment for an infection.

Of the remaining antibiotics used in humans, up to two-thirds may be inappropriately prescribed.

This huge overuse of antibiotics inevitably drives the development of resistance by unnecessarily exposing a much greater population of bacteria to antibiotics. Sub-lethal concentrations, such as in waste water from farms, fosters resistance.

Alarmingly, a recent study shows that our use of antibiotics is increasing even more.

Read more: Why the health and agriculture sectors need to work together to stop antibiotic resistance

So, given we already have people dying from bacteria resistant to all known antibiotics, and these bacteria are becoming increasingly prevalent, what’s stopping a global pandemic tomorrow?

It really comes down to the fact that, unless you’re immunocompromised or have an injury allowing the bacteria to get into your body, most bacteria aren’t particularly effective at spreading infections.

This is why the reports of a “super-gonorrhea” case in the UK are alarming. The sexually transmitted bacteria (Neisseria gonorrhoeae) causes nearly 80 million infections a year. This bacteria now has the potential to carry and spread high levels of antibiotic resistance through a much larger population of both people and other bacteria. 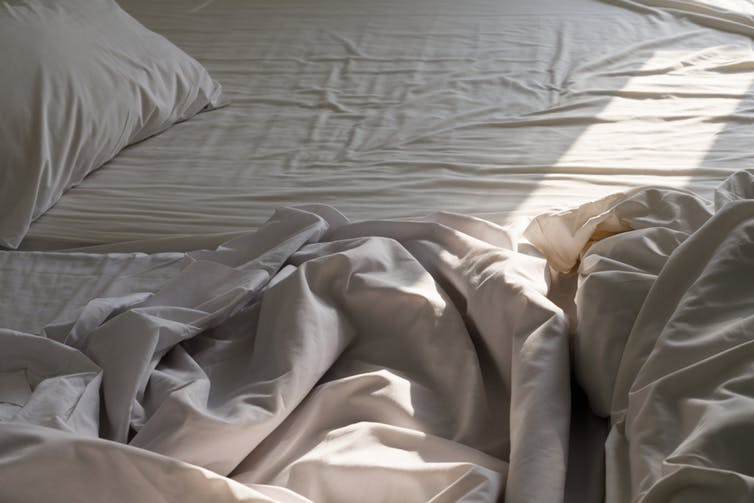 Super-gonorrhea has the potential to spread antibiotic resistance to many more people.
The Five Aggregates/Shutterstock

It’s not all doom and gloom. Nations and international organisations are increasingly devoting attention and resources to fight the rise of antibiotic resistance. Strategies include more sparing use of existing antibiotics, and investment and incentives to develop diagnostics that can decide when antibiotics are needed.

Read more: When the drugs don’t work: how we can turn the tide of antimicrobial resistance

Initiatives to re-invigorate the discovery of new antibiotics include efforts such as The Global Antibiotic Research & Development Partnership, the Combating Antibiotic Resistant Bacteria Biopharmaceutical Accelerator, and Australia’s own global effort to crowdsource antibiotics from international chemists, The Community for Open Antimicrobial Drug Discovery.

We must keep our attention on the threat posed by drug resistant infections and invest in antimicrobial research to keep the potential global catastrophe at bay.