Teaching Evolution in Schools: What Science Explains and What Explains Science

“When evolution becomes an all-explaining truth-claim, it no longer remains a science, but becomes an ideology.”

23 Mar 2018 – An Indian Union Minister of State recently triggered a furor by stating that evolution is unproven scientifically and shouldn’t be taught in schools.

Before examining the tenability of this statement, we need to understand what is implied by the word evolution. It refers to different things in different contexts. 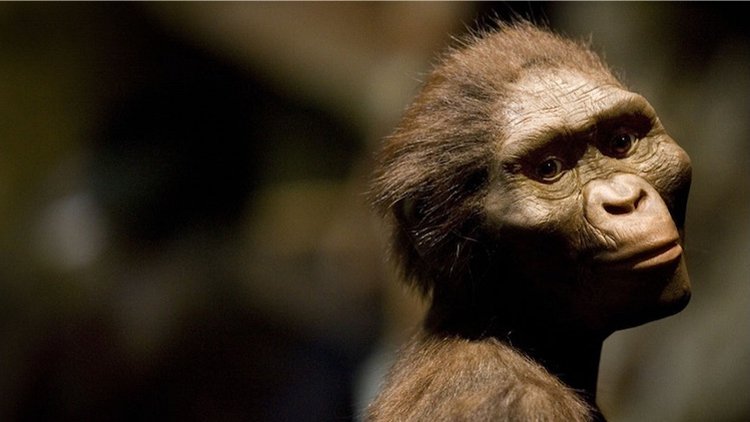 Evolution can refer to the variation that happens within species as they adapt to their environment by developing certain features. For example, flora and fauna in deserts develop mechanisms to store water. Such adaptation is a well-documented phenomenon that doesn’t need to be doubted or disputed. Nature has endowed living beings with the capacity to adapt to their environment – in that sense, living beings do evolve. Almost all the hard evidence provided by science textbooks for evolution is for such biological adaptation, which can be termed as micro-evolution.

Evolution also refers to the mechanism by which one species changes into another – a phenomenon that can be termed macro-evolution. Whereas micro-evolution connotes a mechanism for the survival of the fittest, macro-evolution connotes a mechanism for the arrival of the fittest, or, in general, for the emergence of any entirely new species. The notion that incremental variation within a species can lead to the formation of another species – that such gradual change explains the origin of all species – is a gigantic leap in speculative inference that begs for evidence. This change is believed to happen so gradually that it can’t be observed, so proponents of macro-evolution turn to the fossil record as evidence. However, the fossil record doesn’t provide much help, as is admitted by prominent evolutionists themselves.

Of course, being evolutionists by belief, they don’t let the paucity of evidence challenge their belief – instead, they come up with new theories. Whether those new theories actually address the problem remains debatable.

Nonetheless, evolution has many aggressive proponents who try to shut down any debate by labelling evolution’s critics as anti-scientific fanatics who want to take the world back to the Stone Age. Embarrassingly for such evolutionists, many of those who question evolution are credentialed scientists. And not just a handful, but several hundreds, as is evident from the list at dissentfromdarwin.org. It has over 800 scientists, with the number continuously increasing.

In fact, when evolution becomes an all-explaining truth-claim, it no longer remains a science, but becomes an ideology. Philosopher of science Wolfgang Smith points out, “Darwinism, in whatever form, is not in fact a scientific theory, but a pseudo-metaphysical hypothesis decked out in scientific garb.  In reality, the theory derives its support not from empirical data or logical deductions of a scientific kind but from the circumstance that it happens to be the only doctrine of biological origins that can be conceived with the constricted worldview to which a majority of scientists no doubt subscribe.” The doctrine Smith refers to is philosophical naturalism, which holds that everything in existence can be explained solely through natural mechanisms.

From What Science Explains to What Explains Science

Science presumes the existence of some natural order which it tries to understand. But it can’t explain the rationale for the existence of this natural order. Consider, for example, the scientific theory that fruits fall because of the force of gravity. But why does gravity exist in the first place? Even if it is attributed to some further scientific construct, such as the curvature of space-time, that only takes the question one step back: Why does space-time have such features? Ultimately, science requires the pre-existence of some natural order. Pertinently, physicist Paul Davies points out, “Science can proceed only if the scientist adopts an essentially theological worldview …  even the most atheistic scientist accepts as an act of faith the existence of a law-like order in nature that is at least in part comprehensible to us.”

That’s why the truth-claim that evolution is a grand non-theistic alternative for explaining everything goes beyond the range of valid science. It becomes scientism, the ideological imperialism of science extended into all domains of knowledge.

Allowing such scientism to be taught in schools is a disservice to science because it gives a misleading picture of reality. People who use science to search for the deepest answers, for answers to question about the meaning and purpose of life, will find science falling short of their expectations. This is no fault of science, for no field of knowledge can be expected to answer questions outside that field. But when education sets up the expectation that science has the answer to all questions, the ensuing frustration only alienates people from science.

Nobel Laureate Sir Peter Medawar, despite being an atheist himself, cautions scientists in his book Advice to a Young Scientist: “There is no quicker way for a scientist to bring discredit upon himself and upon his profession than roundly to declare – particularly when no declaration of any kind is called for – that science knows, or soon will know, the answers to all questions worth asking, and that questions which do not admit a scientific answer are in some way non-questions or ‘pseudo-questions’ that only simpletons ask and only the gullible profess to be able to answer.”

Thus, by recognizing the multiple connotations of the word evolution, we can address the question of teaching evolution in an appropriately sophisticated, multi-faceted way.