When Robots Take Our Jobs, Platform Cooperatives Are a Solution

This thriving new sector is a critical step toward a fair and vibrant economic future. 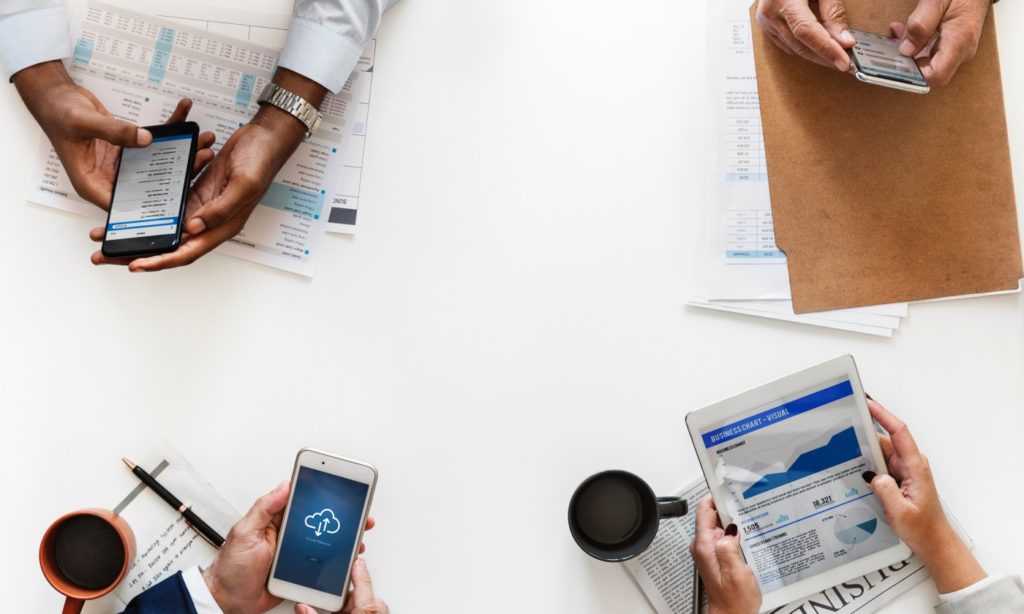 Platform co-ops are the leading edge of the cooperative-ownership movement. They extend the cooperative model into the fast-growing “sharing economy,” where they can help increase income equity in the technology sector.
Photo by rawpixel.com/Unsplash.

20 Apr 2018 – Imagine for a moment that Uber drivers, rather than Uber stockholders, own Uber.

That is one way to understand what a platform cooperative is. Uber is a company built on a software platform that connects service providers with customers. As a platform co-op, it would be owned by the people who provide the service, by its users, or both.

Platform co-ops are the leading edge of the cooperative-ownership movement. They extend the cooperative model into the fast-growing “sharing economy,” where they can help increase income equity in the technology sector. As the technology sector sends us hurtling toward a world of robots and artificial intelligence, “technological unemployment” becomes the threat as automation replaces jobs faster than we come up with new work for people to do. We will be left scrambling to find alternative sources of income for average people.

Those decreases in salaries, wages, and benefits also increase corporate profitability and the investment income that profitability generates for shareholders. Automation thus shrinks employment income while growing investment income. That means that strategies for radically broadening ownership will play an extremely important role in mitigating the threat of wide-scale declines in income from technological unemployment. That’s why extending cooperatives into the technology sector is so critical and where platform co-ops can play a vital role.

People have been thinking about platform cooperatives for a while.

Trebor Scholz, a professor at the New School in New York City, coined the term “platform cooperativism.” For the book Ours to Hack and to Own (2017), he and University of Colorado professor Nathan Schneider compiled 40 short essays by leading thinkers in this field. I’ve compiled a “Platform Co-op” list on Twitter that includes many of the contributors in the book, along with a handful of other experts.

A number of platform co-ops already exist. Uber competitor Green Taxi Cooperative is one example. Another is Loconomics, a cooperative of home cleaners, pet caretakers, and other service professionals who connect with customers via an app. A third example is Stocksy, an online stock photo service that is owned by its contributing photographers and videographers.

How to Slow Down a Flywheel

As we think about scaling up platform co-ops we run into the financing problem that all co-ops face. I think of it as the “flywheel problem.”

Flywheels are rotating discs, like a potter’s wheel. They require an upfront investment of energy, but once they are spinning they are very good at sustaining their own momentum. Think of it as an analogy for starting a company and keeping it going over time. Startup investments represent that initial energy to get the disc whirring. And the company’s flow of income keeps it running.

Research shows co-ops are as good at sustaining themselves as traditional businesses but have a much harder time getting started. Here’s why.

Whether a cooperative or traditional company, all startups are risky.

Investors are attracted to a new company because they hope to reap significant profits. These expectations create large spigots that hang off all for-profit corporations, spigots that drain resources from the company into shareholder bank accounts. The flow of cash through these spigots takes the form of dividends as well as stock buyback programs aimed at increasing the company’s share price. According to an analysis of Federal Reserve statistics, in 2014, dividends and stock buyback programs transferred more than $1 trillion of wealth from corporations to shareholders. Since the year 2000, this transfer has averaged 5.5 percent of U.S. GDP—every year.

These massive returns to shareholders have a macro impact of exacerbating income inequality as well as a micro impact on the companies themselves. Between 1999 and the end of 2017, dividends and stock buybacks averaged 88 percent of operating earnings for the S&P 500. The problem is just as serious among non-publicly traded S-corporations and partnerships. These “pass-through” companies account for 95 percent of businesses in the United States. Because of interlocking ownership structures, the exact share of these firms’ profits going to owners is unclear. What is clear is that they contribute significantly to the concentration of wealth in the U.S. Recent research shows that 41 percent of that increased concentration of wealth took the form of profits to owners of pass-through corporations.

What do spigots have to do with flywheels? This ongoing extraction of profits acts as a drag on the flywheel of the enterprise. Funds are drained out of the company rather than being reinvested to sustain the momentum of the enterprise.

Contrast that to how things are designed to work within a cooperative company.

REI is a consumer cooperative, which means that it is owned by and run for the benefit of its customers. A few years ago, I was talking with an REI employee who mentioned how good the company is about investing in technology—and more generally how it plows much of its profits back into the business and back into its stakeholders. REI does pay dividends to its owners ($138 million in 2016), but those owners are also its customers, and the dividends are in the form of discounts on store purchases. This creates a feedback loop that spurs the company’s growth while rewarding customers and reinforcing their loyalty.

The U.S. Bureau of Labor and Statistics reports that 20 percent of businesses fail within their first year, with the rate increasing to 50 percent by year five, and 70 percent by the tenth year. Comparable statistics specific to cooperative failure rates do not yet exist in the United States, but analysis in other countries suggests that cooperatives tend to sustain themselves as well or better than standard businesses.

Startup Funding: Getting the Wheel Turning

There are some 40,000 co-ops in the United States, less than two-tenths of 1 percent of our total 26 million businesses. Since co-ops sustain themselves as well as standard businesses, the real challenge has less to do with keeping the wheel spinning and more to do with getting new cooperatives up and running.

Whether a cooperative or traditional company, all startups are risky; their lack of assets and existing revenue streams mean that traditional banks are generally not interested in financing them. Cooperatives face an added hurdle because of their focus on benefiting members rather than outside investors. Why would a traditional venture capital firm be attracted to a company that would take their money without giving them a sizable return and a controlling stake? The short answer is, they don’t.

So for financing, cooperatives have generally turned to cooperative banks and credit unions. But these financial institutions are not currently growing at the rate required to provide startup funding for the dramatic increase in cooperatives that we need.

The lands of Bitcoin and other cryptocurrencies swarm with scams and get-rich-quick schemes.

For platform co-ops to play a vital role in addressing the technological unemployment of the emerging economy, we need new funding sources for them. This is particularly true given the upfront investments in technology development needed to build software platforms that stand a chance of competing with an Uber, Taskrabbit, or Airbnb. Three new developments may address this need.

The first is the development of the impact investing field and the growing awareness of the power of Program Related Investments among philanthropic foundations. Cooperatives are an attractive investment because they meet the justice criteria of many foundations and impact investors. Innovative impact funders like RSF Social Finance are investigating how to better support the cooperative space in general. Laurie Lane-Zucker’s concept of Integrated Impact Finance Vehicle envisions a chain of financial support starting with philanthropic contributions, moving to loans, and finally into an impact investment equity stake.

The second development is the growing popularity of crowdfunding strategies, turbocharged in recent years by the rise of sharing on social media.

The third opportunity for new cooperative funding is in the “Initial Coin Offerings,” or ICOs, of cryptocurrencies. The lands of Bitcoin and other cryptocurrencies swarm with scams and get-rich-quick schemes. But the underlying technologies for decentralized computing on platforms like Ethereum can also be used to build new types of organizations and services built around the premise of democratizing ownership. The Holochain project is one example. Another is a startup called Colony, whose technology aims to change the nature of ownership.

A Platform for the Future

The argument for platform cooperatives is essentially the argument for cooperatives more generally—with the added twist that platform co-ops carry the cooperative promise into important new technology markets. As automation and artificial intelligence cost jobs in one economic sector after another, employment-related income shrinks and investment income expands, exacerbating wealth disparity.

Platform co-ops alter that equation by broadening the ownership of the companies that build and operate these technologies. A platform co-op alternative to Airbnb, for example, might use artificial intelligence and might need few employees. But it would be owned by, and share dividends with, its property-listing members—perhaps even renters—much as REI does with its members today.

We are in a race that pits the explosion of artificial intelligence and automation against our ability to rapidly expand ownership of the engines that drive this technological revolution. Growing platform cooperatives from their nascent form today into a thriving new sector is a critical step toward a fair and vibrant economic future.

Gideon Rosenblatt writes about the relationship between technology, work, and humanity. He is a member of the YES! Media Board of Directors.