US Opens Embassy in Jerusalem: Which Countries Attended? 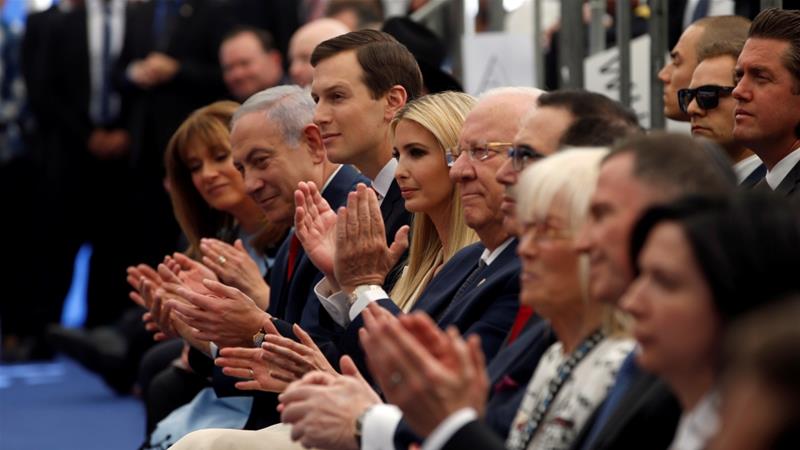 Israel said all 86 countries with diplomatic missions in Israel were invited to the event.
[Ronen Zvulun/Reuters]

16 May 2018 – The United States has formally opened its embassy in Jerusalem amid deadly protests in the Gaza Strip.

The move on Monday followed a December 2017 decision by US President Donald Trump to recognise Jerusalem as Israel’s capital and relocate the US mission there from Tel Aviv.

Trump’s controversial declaration was widely condemned by the international community, with the United Nations General Assembly rejecting by a huge majority the US recognition of Jerusalem as Israel’s capital.

Most countries say the status of Jerusalem – a sacred city to Jews, Muslims and Christians – should be determined in a final peace settlement and that moving their embassies now would pre-judge any such deal.

Israel’s foreign ministry said all 86 countries with diplomatic missions in Israel were invited to the embassy opening, and 33 confirmed attendance. However, the Nigerian, Vietnamese, and Thai representatives did not attend as it reported. 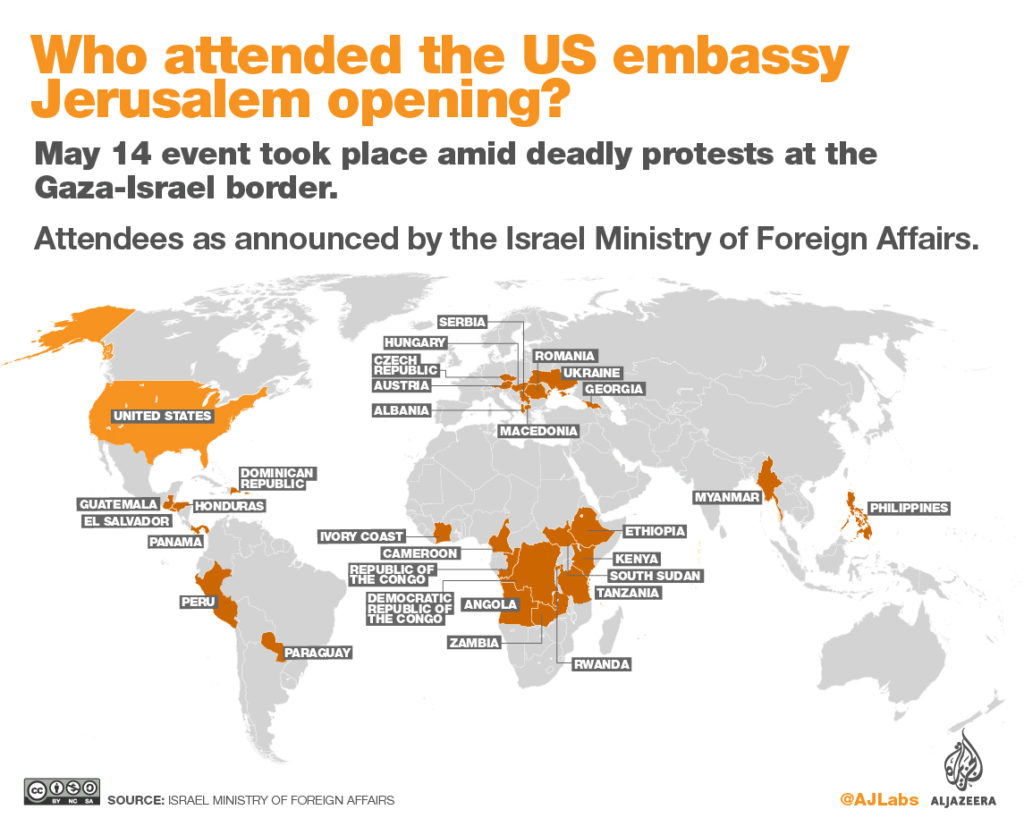 Here is a breakdown of the countries that attended the ceremony:

Republic of the Congo

The Democratic Republic of the Congo