Before You Give Your Computer to the Geek Squad

8 Jun 2018 – We all know that we live in a surveillance state. The local cops use Stinger systems to take up to 3600 photos per minute of every license plate they pass on the road and they hold the information for a year just to see what our driving patterns are. It’s legal, apparently. We know that NSA is intercepting all of our communications – emails, phone calls, and text messages – and storing them in enormous facilities in Utah and Maryland, for what purpose is anybody’s guess. Apparently, that’s somehow legal too. Closed circuit television cameras are everywhere. And, of course, our cell phones constantly triangulate us so that the cops can tell our locations at any time. Now we have something else to worry about.

Here’s what happened: Dr. Mark Rettenmaier brought a computer to his local Best Buy’s Geek Squad to be repaired. The computer was then sent to the company’s central repair facility in Kentucky. Technicians there discovered a photo of an approximately 9-year-old naked girl in the hard drive’s unallocated space. Unallocated space is where portions of deleted files remain until the computer overwrites them; images there are usually missing information, including when it was created, accessed, or deleted. Courts have ruled that such images alone are not proof of possession by the computer’s owner. Furthermore, the photo met the definition of “child erotica,” not child pornography. Child erotica is not illegal. The photo did not show the girl’s genitalia, nor did it depict a sex act.

But here’s the rub: The Geek Squad technicians had a secret agreement with the FBI in which they were paid every time they tipped off the feds to child pornography on computers they repaired, so they reported the photo. FBI Special Agent Cynthia Kayle prepared an affidavit for a search warrant of Rettenmaier’s home, falsely saying that the image found was child pornography and not mentioning that it was found in the unallocated space or that the FBI had paid the Geek Squad employees who reported it.

The judge issued a search warrant for all of Rettenmaier’s electronic devices, and FBI agents found hundreds of child pornography photos on his iPhone. Rettenmaier’s attorney discovered that the FBI had been paying Geek Squad employees a $500 bounty every time they discovered child pornography on a customer’s computer. The employees were identified in FBI files as “confidential human sources.” The attorney posited that because they were paid, they were de facto FBI employees and, as such, had to have a search warrant to look for the photos.

The judge disagreed, but he ruled that the search was illegal anyway because he would not have authorized the search warrant had the FBI told the truth – that there was a single image of child erotica found in the computer’s unallocated space. Federal prosecutors filed a notice of appeal but missed the deadline and dropped all charges.

Still, the question remains whether Geek Squad employees are secretly working for the FBI. It appears that they are, and this would be a violation of the Constitution’s Fourth Amendment guaranteeing due process.

I’m on record as being strongly, stridently, and vocally opposed to child pornography and to those who target and victimize children. I even wrote a book about it. I think they’re monsters who deserve the mandatory five-years-to-life sentences that are handed down for their crimes.

But the Constitution and our civil liberties are more important than that. The FBI, just like the CIA, is constantly pushing the envelope of legality. They do it to see what they can get away with, and if successful, that is what becomes policy for the next case. It’s an incremental power grab. It’s oversight committees on Capitol Hill and federal judges that are supposed to protect us against that. 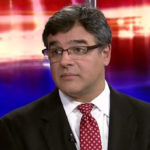 John Kiriakou is a former CIA counterterrorism officer and a former senior investigator with the Senate Foreign Relations Committee. John became the sixth whistleblower indicted by the Obama administration under the Espionage Act – a law designed to punish spies. He served 23 months in prison as a result of his attempts to oppose the Bush administration’s torture program.

Reader Supported News is the Publication of Origin for this work. Permission to republish is freely granted with credit and a link back.