Blood Sutra: Whatever Happened to Buddhism, Religion of Peace and Compassion?

The emergence of radical groups like the MaBaTha that promote a Buddhism based on racial and national identity is fuelling violence across the region. 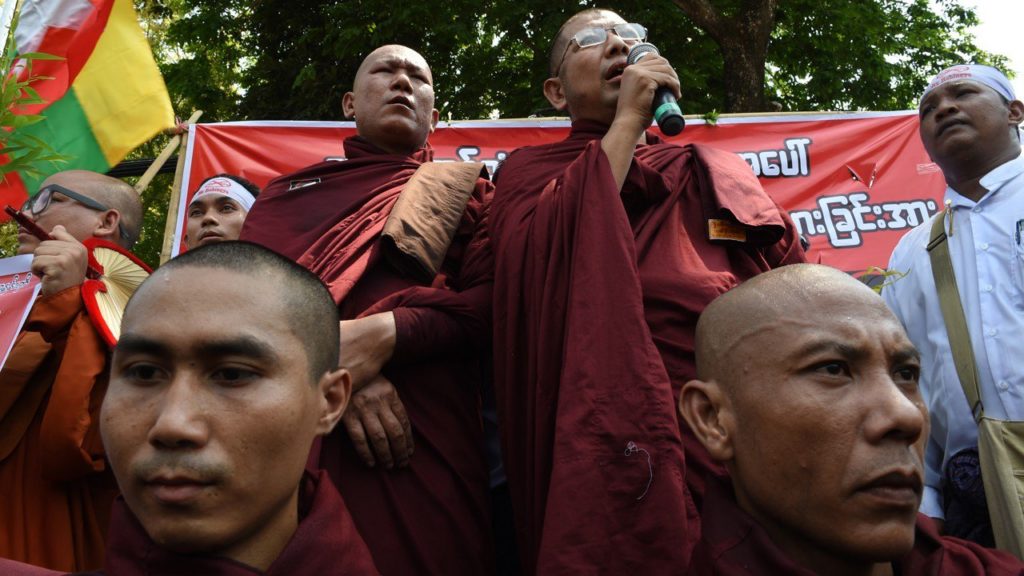 23 Jun 2018 – Tolerance and compassion may be the qualities most often associated with Buddhism. But Asia has been witnessing a spate of violence as new Buddhist movements emerge across the region based on the idea that the religion is under threat and needs protection. Fuelled by a particularly strong sense of Buddhist identity collated with national and ethnic anxieties, this form of Buddhism – based on a localised form of the religion – evokes a rhetoric of intolerance and discrimination that justifies behaviour in stark contrast to the traditional image of peace and enlightenment. 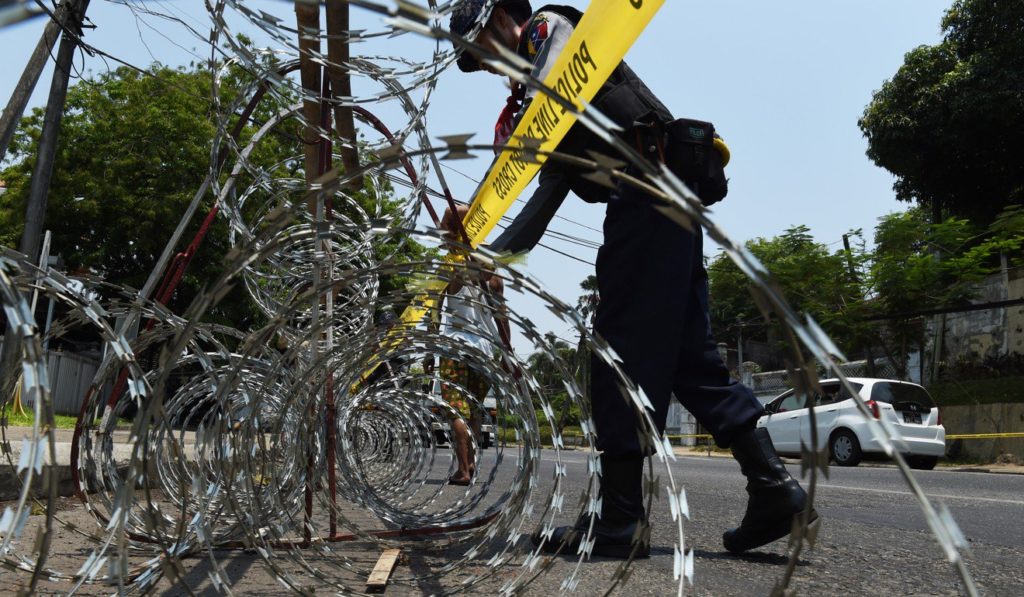 Myanmar police prepare for a rally by the hardline Buddhist group MaBaTha at the US embassy. Photo: AFP

In Myanmar, where thousands of Muslim Rohingya have been massacred in the past year triggering an exodus, Buddhist groups have been reacting in radical ways to questions of identity. The most prominent reaction has been from a movement known as the Amyo Barthar Thathanar (Organisation to Protect Race and Religion), often known by the Burmese acronym MaBaTha. Led by prominent Buddhist monk Ashin Wirathu, this group has been rebranded as the Buddha Dhamma Parahita Foundation (Foundation for the Welfare of Buddhism) and enjoys widespread support.

The MaBaTha grew out of various groups including an earlier nationwide organisation within Myanmar known as the 969 Movement.

The 969 Movement encouraged Burmese citizens to frequent only Buddhist-owned businesses and purchase goods displaying the group’s symbol, which signified that the premises were owned by Buddhists. This symbol is the Buddhist or sasana flag, with the Burmese digits 969 superimposed on it. 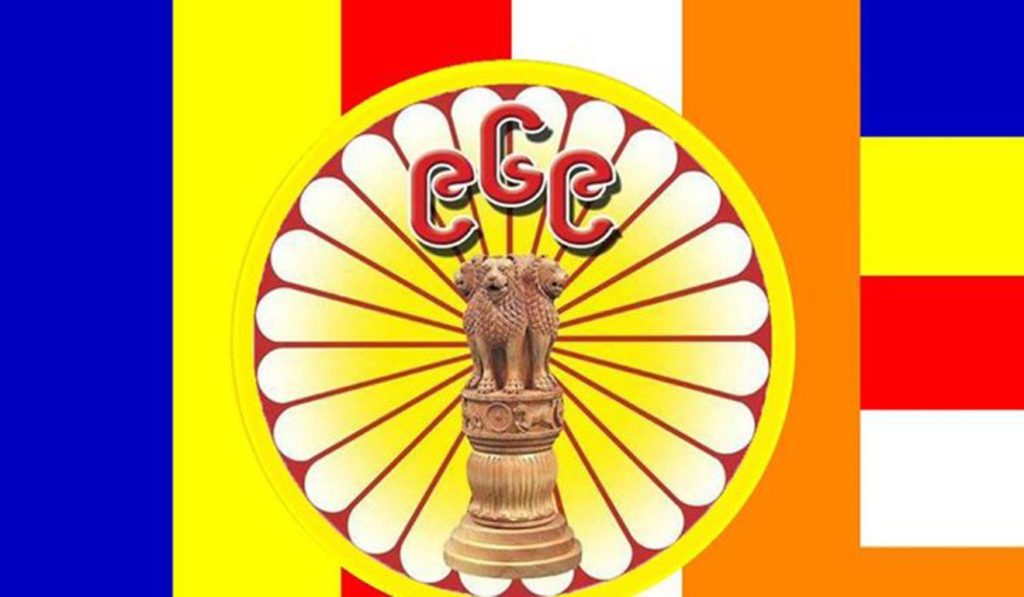 The flag of the 969 Movement. Photo: Internet

Groups like the MaBaTha and the 969 movement are part of a phenomenon in which Theravada Buddhism, the school of Buddhism practised in South and Southeast Asia, is used as an ideological vehicle with racial and national identity as its core. This has led to conflicts based upon the conflation of ethnic and religious identities and a rhetoric of intolerance, discrimination and, very often, an overt form of Islamophobia. This is not the Buddhism of the Pali Canon, or of the popular imagination. It is a Buddhism in which the preservation and defence of Buddhism (the sasana) is more important than cultivating wisdom, calm and compassion.

This does not conform to the idea of Buddhism cherished in the popular imagination. However, if we put aside our romantic idea of Buddhism, how surprised should we be by these emerging Buddhist narratives? There is little historical evidence for an egalitarian, liberal, multicultural and secular Buddhist society other than in this imagined version of Buddhism. This is not to suggest that the extremism of MaBaTha-type movements might ever have been normal in Buddhist culture, but it would be wrong to deny that narratives of ethnic and religious identity have indeed been important factors in Buddhist societies. Over time, these have created complex Buddhist cultures that do not conform to our simplistic ideas of Buddhism. 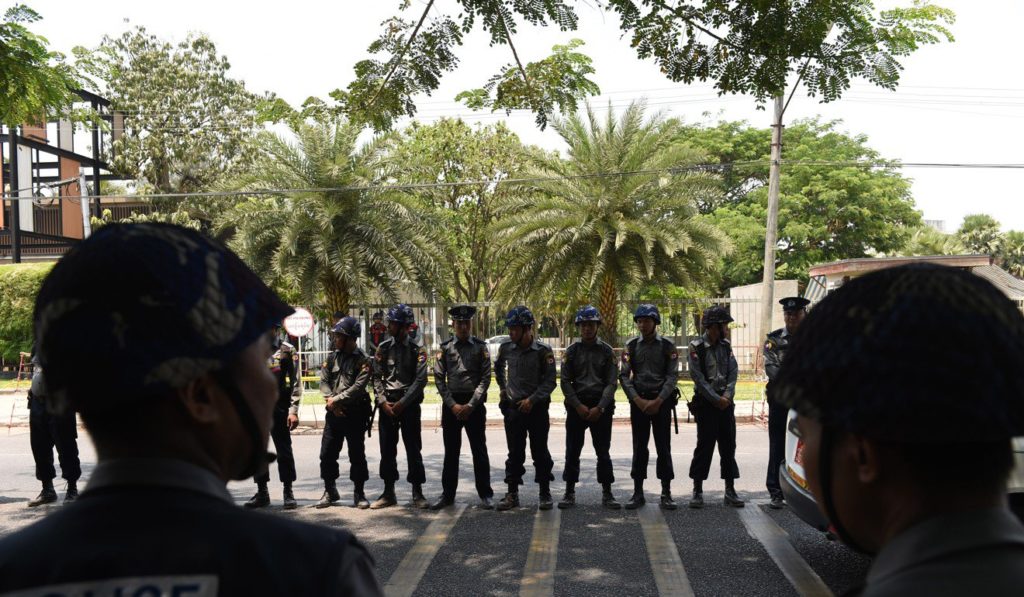 Myanmar police guard the US embassy during a rally by supporters of the hardline Buddhist group MaBaTha in Yangon. Photo: AFP

When Buddhists act in a violent way, or one that supports ethnic distinctions, this is usually supposed to be a deviation from “authentic Buddhism”. This authenticity is challenged severely by the rise of Buddhist extremism in Myanmar, which demands a new vocabulary to understand this phenomenon – one that uses terms not readily associated with Buddhism. Descriptions of Buddhist violence, Buddhist nationalism, prejudice and discrimination are all ideas which form part of Buddhist extremism. These notions now need to be accepted if we are to understand Buddhism in modern Asia. 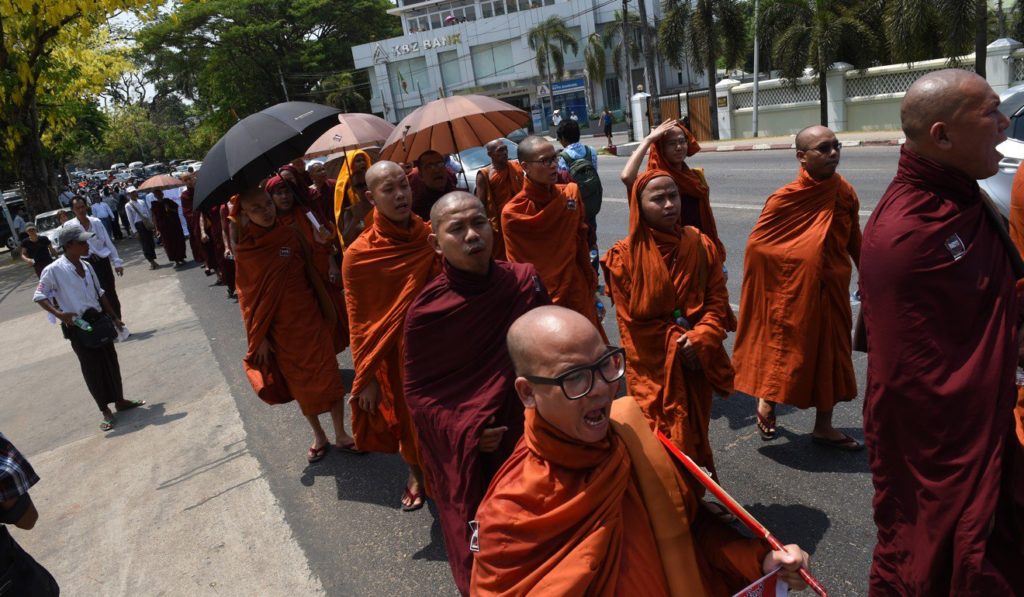 In Myanmar and wider Buddhist Asia, the notion of national and ethnic identity and shared cultural and ethnic characteristics distinguishing Buddhists from non-Buddhists can be used in a number of ways. For example, in Thailand there is the idea of “nation, religion, monarch” and in Myanmar “nation, language and religion”. In both cases, the idea of adherence and allegiance to Buddhism is linked to other factors in the formation of identity. The defence of one’s religion is linked to these other themes of national and ethnic identity. To defend one is to defend the other. 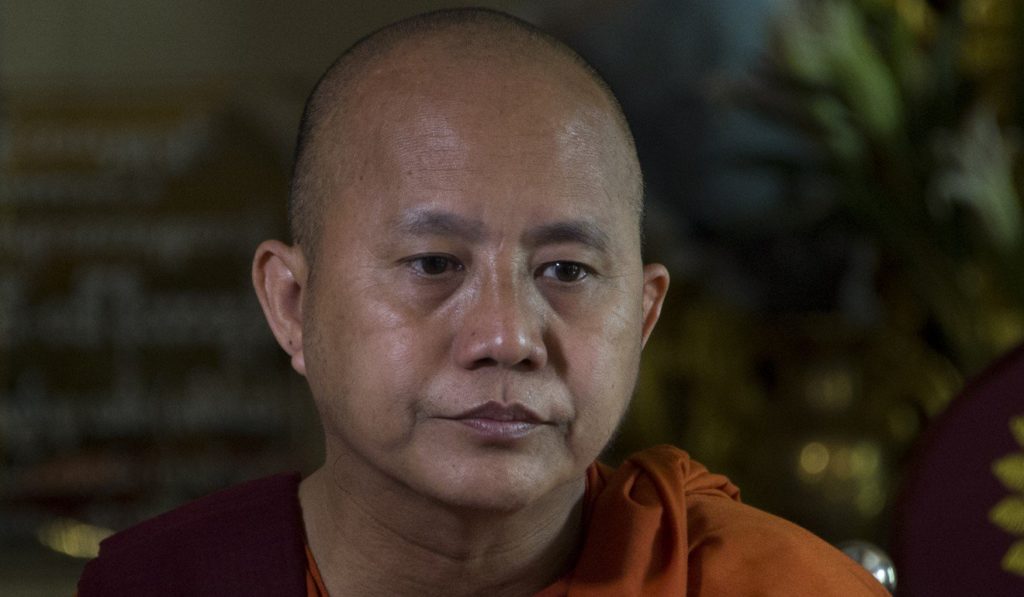 The threat to Buddhism in much of Buddhist Asia is perceived to come from Islam. Buddhist leaders like Ashin Wirathu promote themselves as defenders of Buddhism. These self-proclaimed protectors of Buddhism can use arguments to justify why they can act in aggressive ways to defend Buddhist institutions. This protection of Buddhism is key in the recent Burmese discourse about the relationship of Buddhism and national identity, making it both a rallying call of Burmese Buddhist nationalists and a key element in what it means to be Burmese.

Some Buddhist leaders have justified violence against non-Buddhists. Sitagu Sayadaw is one of the most respected religious leaders in Myanmar, known for his teachings and for his philanthropic work. In a recent sermon, he clearly intended to suggest that the killing of those who are not Buddhist is justified on the grounds that those who do not follow Buddhist precepts and do not take refuge in the Buddha, his teachings and the monastic community, are less than human. Violence is justified if those persecuted are not Buddhists.

The seeds of such violence are embedded in Buddhist texts and doctrines themselves. For example, Buddhist religious texts state the Buddha’s teachings are subject to decline and will disappear at a specific point in history. This lends itself to the need to preserve Buddhism for future generations and defend it against attack. There is also the textual idea that a pure version of Buddhism, existing in a particular geographical location, must be defended, and this includes protecting Buddhism against insult and disrespect. This all leads to an urgency to protect and defend Buddhism, and to the possibility of Buddhist violence. So far the target of this supposed Buddhist backlash has primarily been Islam, but other minority groups are not immune either. In Myanmar, apart from the Rohingya, there are also reports of genocidal attacks on Christian Kachins.

It seems likely that extremist Buddhist movements will continue to flourish in Myanmar. Their arguments are used by nationalist movements to create a populist mix of patriotism and religious allegiance. They have very real currency on the political stage and are likely to play an important part in the 2020 elections in Myanmar.

The bloodbaths in Myanmar, the sporadic attacks on minorities in Sri Lanka, and the assertions of Buddhist identity in Thailand that we have been witnessing of late may only be the rumblings of a more muscular form of Buddhism that Asia will have to learn to live with, as the world comes to grips with a new idea of Buddhism.

Paul Fuller is a lecturer in Buddhist Studies at Cardiff University, UK, and author of The Notion of Ditthi in Theravada Buddhism.