How to Save Our Planet from Nuclear Annihilation

29 May 2018 – In an open letter last week, the president of the United States addressed North Korean leader Kim Jong Un: “We greatly appreciate your time, patience and effort with respect to a summit [meeting] long sought by both parties…”

Then in the same paragraph, Donald Trump cancelled the summit and threatened obliteration: “You talk about your nuclear capabilities, but ours are so massive and powerful that I pray to God they will never have to be used.” 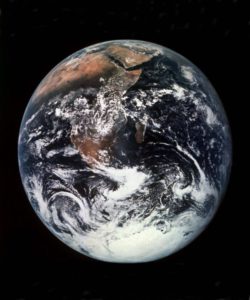 This NASA photo from the Apollo 17 mission to the moon was the first ever taken that showed the complete round Earth and the only one taken by a human. It is considered one of the most reproduced photos in history.
(Associated Press)

Seldom are the alternatives of meeting, or killing, so baldly stated. It is something new, that millions live with these threats in mind.

This awareness dates from the time, nearly a half a century ago, when perhaps the most reproduced photograph in history showed our planet as seen from space. This was a milestone in human history.

There had been earlier milestones, some in secrecy. One such took place, in December 1949, in a committee room in Washington. The advisory group to the U.S. Atomic Energy Authority was meeting to determine the advisability of a crash program to build a hydrogen bomb — a weapon 1,000 times more powerful than the ones that destroyed Hiroshima and Nagasaki.

Eleven of the 13 committee members were scientists from the previous A-bomb project. Ten voted against the H-bomb, one abstained. The two non-scientists voted for it.

U.S. President Truman accepted the advice of the non-scientists. The U.S.S.R. had just shocked the world by testing its first A-bomb. The U.S. was determined to keep its lead.

The lead, however, proved illusory. The new U.S. H-bomb was tested three years later. The U.S.S.R. took one year to catch up.

The majority of the scientists close to this project were conscious of the important divide being crossed. A decision was being made, in secret, that would affect the entire future of mankind.

The last major milepost, in my view, was reached in 1983. Computation had by then made it clear a nuclear war would give rise to firestorms, hence nuclear winter and global famine. This had till then been overlooked.

My milestones comprised a photograph, a committee, and a calculation. Where do they leave us? How can we save the world?

There is a hint of the direction in which hope lies, in the first sentence of Trump’s recent letter to Kim Jong Un. It lies in restraint.

I witnessed attempted international negotiation of restraint when attending a Pugwash conference in Moscow in 1960. The participants argued the best hope for stability in a nuclear world lays in “minimal deterrence,” guaranteed by one bomb under Moscow, one under Washington.

The existence today of 10,000 weapons in the hands of nine nations, with plans far advanced to modernize them, make a mockery of restraint. If I could turn the clock back to Moscow in 1960, I would say that two nuclear weapons were too many.

The reason is simple. Peace is ascribed to the awesome power of nuclear weapons. Why, then do we always need more?

It is because deterrence, to be effective, must be capable of failing. Only then will it be seen as real. The nuclear powers have ensured that the threat is indeed real. But this sets us on the path to disaster.

Is there an alternative?

There is. It is embodied in a treaty agreed to this past summer at the U.N., making illegal the possession of nuclear weapons. This is already the case for all other weapons of mass extermination (chemical and biological weapons, cluster bombs and landmines).

There is, of course, an obstacle. Existing nuclear powers and their allies, such as Canada, reject the ban. Earlier, others have opposed bans on dueling, on slavery and on the burning of witches. But their views have not been allowed to prevail.

We have reached a turning point in history. The implications go beyond nuclear weapons. Military force can no longer arbitrate differences between nations. That new truth is becoming discernible. 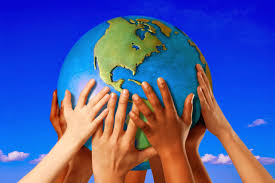 What will take its place?

Economic force, no doubt. But beyond that, the force of opinion. It can be seen when world leaders resort to writing open letters. They appeal to the court of public opinion.

Simply stated, we have become too good at killing. This obliges us to use our vast new powers for caring.

John Charles Polanyi, a Canadian chemist born in 1929 in Berlin from Hungarian parents, won the 1986 Nobel Prize in Chemistry for his research in chemical kinetics. He is from the University of Toronto and has written widely on the dangers of nuclear war.