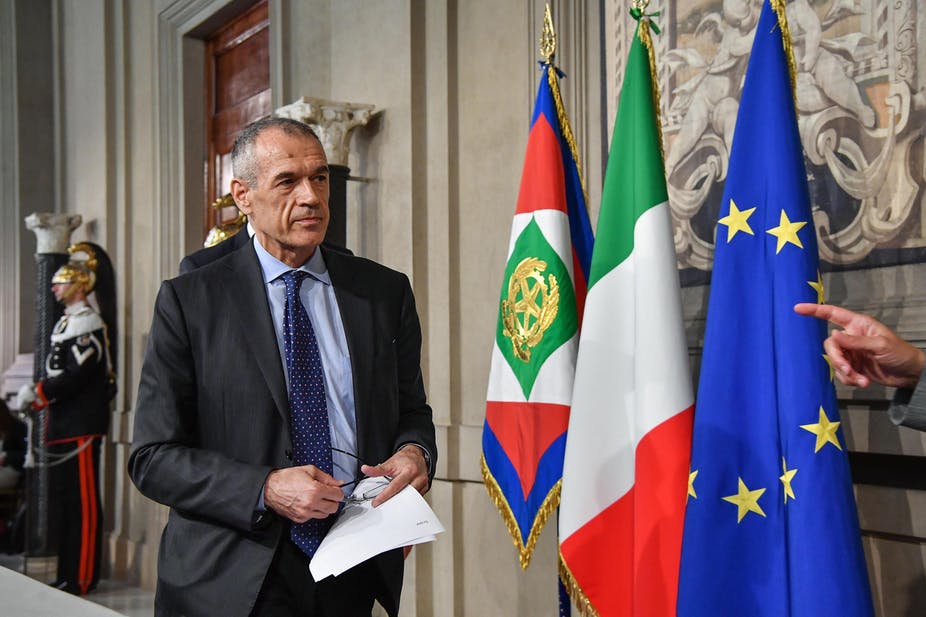 29 May 2018 – After months of wrangling, Italy’s political crisis has a hit an impasse, with new elections now increasingly likely. The country faces an institutional crisis without precedent in the history of the Italian republic. Its implications extend well beyond Italy, to the European Union as a whole.

Since an election on March 4, there have been endless vain attempts to form a government – with the likely outcome changing every 24 hours. By mid-May, the Five Star Movement (M5S) and the League, both populist parties, had come together to draft a programme for government featuring tax cuts and spending plans. But it sent shivers down the spines of those contemplating Italy’s public debt – running at over 130% of GDP – and threatened the stability of the eurozone.

They were prevented from taking office thanks to their insistence on the appointment of the economics professor, Paolo Savona, as finance minister. Due to Savona’s well-known eurosceptic views, Italy’s president, Sergio Matarella, refused to appoint him.

Although Matarella’s decision is within the constitution, and previous presidents have refused to appoint certain ministers before, it is in many respects without precedent and has arguably enabled the populists – who have a parliamentary majority – to stage a propaganda coup. The institutional crisis has been deepened by M5S’s announcement that it will seek to “impeach” the president and by calls from both parties for public demonstrations to protest Matarella’s decision.

The appointment of Carlo Cottarelli, a former official from the International Monetary Fund, as prime minister on May 28 was merely a stop-gap measure until fresh elections in the autumn. His government will almost certainly fail to win the necessary vote of confidence required of all incoming governments upon taking office. This means that it will be unable to undertake any legislative initiatives that go beyond day-to-day administration.

Under these circumstances, campaigning for the next election will continue throughout the summer with the far-right, anti-immigrant, League, emboldened by a considerable jump in its opinion poll ratings. 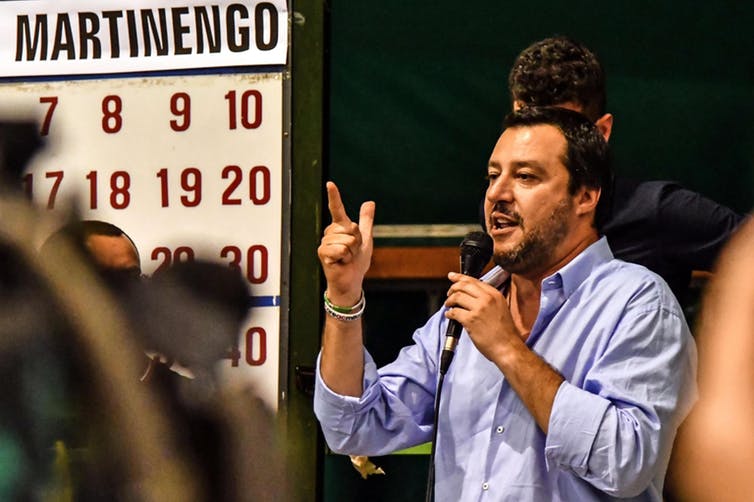 Leader of the far-right ‘Lega’ party, Matteo Salvini at a rally on May 26.
Paolo Magni/EPA

Support for the M5S is less certain but the party is likely to benefit from the same anti-establishment narrative that powers the League and whose purchase has been so considerably strengthened by the showdown with the president. The problem for M5S, which draws its support from across the left-right spectrum, is that it has been driven into the arms of a far-right, eurosceptic party from whose embrace it will find it difficult to extract itself during the coming weeks. The campaign seems bound to focus on the two themes that have given rise to the crisis: the programme for government agreed by the two parties and popular disaffection arising from Italy’s place in Europe.

Against this background, it’s highly likely that the upcoming election will be widely framed as a contest between the forces of the establishment, on the one hand, and their eurosceptic challengers on the other.

This was suggested by M5S leader, Luigi Di Maio, in a recent Facebook post which, in true populist fashion, framed the issue as a basic principle of democracy:

Let us be clear about it: in this country, voting is pointless because whatever the outcome, governments are decided upon by the ratings agencies and the financial and banking lobbies. It is always the same people who decide.

While such rhetoric serves to fan the flames of popular resentment and undermines the authority of Italy’s democratic institutions, it is based on the dangerous premise that democracy is about the supremacy of the will of a majority. Rather than – as is set out in the first article of the Italian constitution – that democracy is the exercise of popular sovereignty “in the forms and within the limits of the constitution”.

In this respect it reflects the unfolding of a crisis with clear echoes elsewhere in Europe, most notably the UK, Hungary and Poland. The Italian impasse was precipitated by populist politicians whose challenge to the entire European integration project carries with it an attack on the basic assumptions of liberal democracy.

Looking back on the March 4 elections, it’s difficult to think of a more significant vote in the recent history of Europe. It was one that has raised questions about the nature of party politics, the future of the EU and about the nature of democracy itself in the 21st century.