11 Jun 2018 – How did the once modest medical specialty of child psychiatry become the aggressive “pediatric psychopharmacology” we see today? Millions of children who were once just considered too active are now diagnosed with ADHD, conduct disorders, oppositional defiant disorder, mixed manias, obsessive-compulsive disorders, pervasive development disorders, irritability, aggression and personality disorders and given drugs. Children who were once considered shy or moody are now diagnosed with depression, bipolar disorder, mood disorders, social phobia, anxiety, borderline disorders, assorted “spectrum” disorders and even schizophrenia. 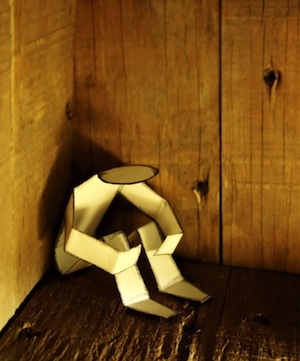 How extreme has the diagnosis of psychiatric illness in children become? In his book Psychiatryland, psychiatrist Phillip Sinaikin recounts reading a scientific article in which it was debated whether a three-year-old girl who ran out in traffic had oppositional-defiant disorder or bipolar disorder. Instead of just being defiant, she might have bipolar disorder which is marked by “grandiose delusions” that she was special and cars could not harm her said the article.

Everyone but the children wins at the pediatric psychopharmacology game that puts children on expensive psychiatric drugs—Pharma, Wall Street, doctors, insurers, pharmacy benefits managers and Pharma’s PR and ghostwriting firms. Researchers, medical centers, clinical research organizations and medical journals also profit through Pharma funding. The only losers at the pediatric psychopharmacology are kids themselves given a probable life sentence of expensive and dangerous drugs. They are denied the chance to grow up normally and outgrow what are likely minor problems or traits.

Like elderly in nursing homes, children do not make their own medication decisions, what makes them desirable targets for drug marketers.

Few children who are started on psychiatric drugs at a young age graduate to a point where their doctors, parents and teachers pronounce them fine and they are drug-free. Instead they are often given additional psychiatric drugs, which become cocktails, when more “symptoms” occur. The symptoms are usually attributed to the alleged psychiatric illness not drug side effects and considered “proof” of the illness. Needless to say, it often will never be known if the child ever needed psychiatric drugs in the first place.

Nor is Pharma content with life-long customers started as children. It also operates “prescribe early” campaigns so that parents put their children on drugs even sooner than they might.

One “prescribe early” campaign for the atypical antipsychotic Risperdal, given to children, uses a macabre abandoned wallet, teddy bear and keys lying on a barren street to imply that a child died because she wasn’t given psychiatric drugs soon enough. The ads “reposition a drug that was being used too late to achieve its maximum beneﬁts,” said its advertising agency, Torre Lazur McCann. Benefits for whom we might ask?

Drug marketers are also not above using childhood icons. Brand managers for Seroquel, an antipsychotic that competes with Risperdal, considered creating Winnie-the-Pooh characters like Tigger (bipolar) and Eeyore (depressed) to sell Seroquel, according to published reports, at an AstraZeneca sales meeting. Parents say they have seen toys emblazoned with Seroquel logos.

The father of “pediatric psychopharmacology” is considered Harvard child psychiatrist Joseph Biederman credited with ballooning the diagnosis of “bipolar disorder” in children by as much as 40 fold. In 2008, Biederman was investigated by Congress for allegedly accepting Pharma money he didn’t disclose and he agreed to suspend his industry-related activities.

Biederman headed the Johnson & Johnson Center for the Study of Pediatric Psychopathology at Massachusetts General Hospital whose stated goal was to “move forward the commercial goals of J. & J.” The center netted a cool $700,000 in one year of operation, according to reports.

Biederman remains at Harvard where he is Chief, Clinical and Research Programs in Pediatric Psychopharmacology and Adult ADHD.

Martha Rosenberg is a freelance journalist and the author of the highly acclaimed “Born With A Junk Food Deficiency: How Flaks, Quacks and Hacks Pimp The Public Health,” published by Prometheus Books.