UN Envoy to Myanmar: Perpetrators of Rohingya Attacks Must Be Held Accountable 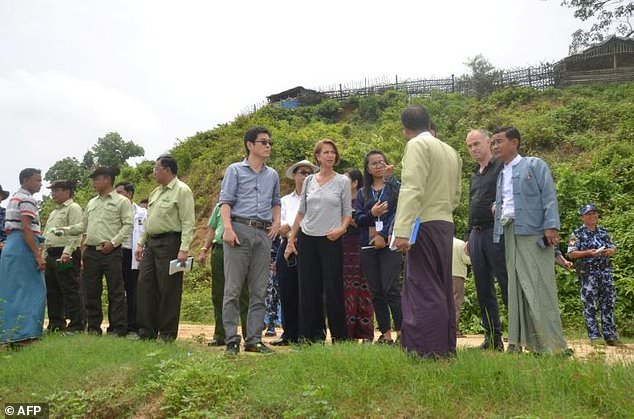 21 Jun 2018 – The new UN envoy for Myanmar told authorities in Naypyidaw during her first visit that credible measures were needed to establish accountability for the violence that engulfed Rakhine state and drove 700,000 Rohingya from their homes, a UN statement said today.

“In all discussions, the special envoy underlined the importance of accountability, which she highlighted was essential for genuine reconciliation,” said a statement on the results of her visit.

Schraner Burgener “urged for credible fact-finding measures” and said the United Nations was ready to cooperate to establish such steps.

Schraner Burgener will travel soon to Bangladesh where 700,000 Muslim Rohingya are sheltering in camps after being driven from their homes by an army campaign.

Myanmar has said the military operation launched in August in northern Rakhine state is aimed at rooting out extremists.

After visiting camps of displaced Rohingya in Rakhine, Schraner Burgener also suggested that authorities hold public meetings with the affected communities to encourage “reconciliation and healing”.

The former Swiss ambassador to Germany, who was appointed special envoy in April, also plans to visit Thailand and China.

The United Nations as well as the United States, France and Britain have described the military campaign in Rakhine as “ethnic cleansing” and is pushing for a full investigation of allegations of atrocities.

Myanmar has refused to allow a fact-finding mission set up by the UN Human Rights Council to enter the country, and has barred UN rights expert Yanghee Lee.

The Security Council visited Myanmar and Rakhine state in early May, meeting with refugees who gave detailed accounts of killings, rape and torching of villages at the hands of Myanmar’s military.