BRICS Summit in Johannesburg [25-27 July]: Here’s What the Five Countries Are Looking For 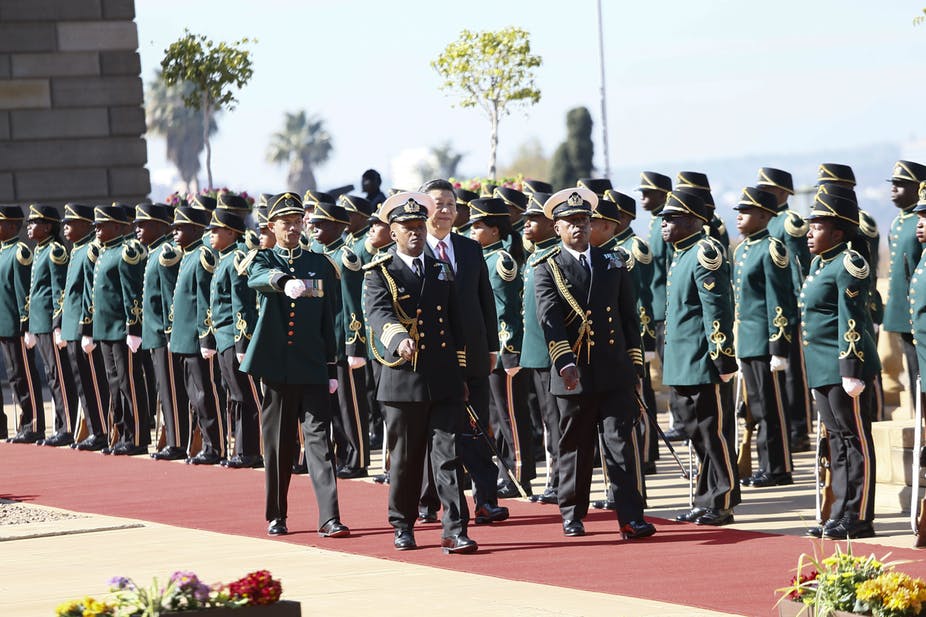 Chinese President Xi Jinping on a state visit to Pretoria ahead of the summit. EPA

24 Jul 2018 – All eyes are on Johannesburg for the 2018 BRICS summit, as the likes of Vladimir Putin, Xi Jinping and Narendra Modi take their places at the table. It marks the tenth annual gathering for this international organisation of the leading emerging economies. So what can we expect?

The summit of the BRICS countries – Brazil, Russia, China, India and South Africa – started in June 2009 at Yekaterinburg, when Russia hosted the leaders of this bloc, though it did not originally include South Africa. BRIC became a formal institution the following year, aimed at facilitating global political and economic transformation, and South Africa officially joined in 2011.

Much has been written about this group’s threat to the Western-dominated world economic order. BRICS formed the New Development Bank in 2014, the first major international development bank with no participation from the OECD countries. The following year it established the BRICS Contingent Reserve Arrangement, widely regarded as a rival to the International Monetary Fund. The bloc has also been trying to find new ways of engaging in international affairs by leading on key issues such as climate change, regional security and anti-terrorism.

The summit comes at a time when the West is arguably in decline. We see the US threatening trade wars with most other countries, above all China, but also even allies like the EU. The threat to global trade will be top of the agenda at the BRICS summit – hardly surprising when China’s economic weight gives it such a powerful role within the bloc. Russian economy minister Maxim Oreshkin said recently:

The summit is about the context … We are at a time when the US and China announce new measures almost every week.

Johannesburg will see much emphasis on consolidating members’ trade relations through the likes of reduced tariffs. This might boost trade between the countries, which has been stagnant or declining in recent years.

Trade is in US$ billions. SAIIA

Africa and sustainable development will also receive much attention this year. Despite the heavyweight delegates list, South African leader Cyril Ramaphosa will no doubt do his best to steal everyone’s thunder both as host and debutante president. His country’s economy has been shrinking, with sectors such as mining and farming in the doldrums, made worse by corruption problems that came to symbolise his predecessor Jacob Zuma’s administration.

Ramaphosa will be hoping to secure extra investment and trade agreements from his counterparts. The leaders of other African countries and institutions are also attending the summit as part of BRICS’ ongoing outreach programme, following tours of the region both by Modi and Xi. These representatives will be particularly interested in the progress of China’s Belt and Road Initiative to reduce barriers across Asia, perhaps in the hope that it could one day involve them, too. 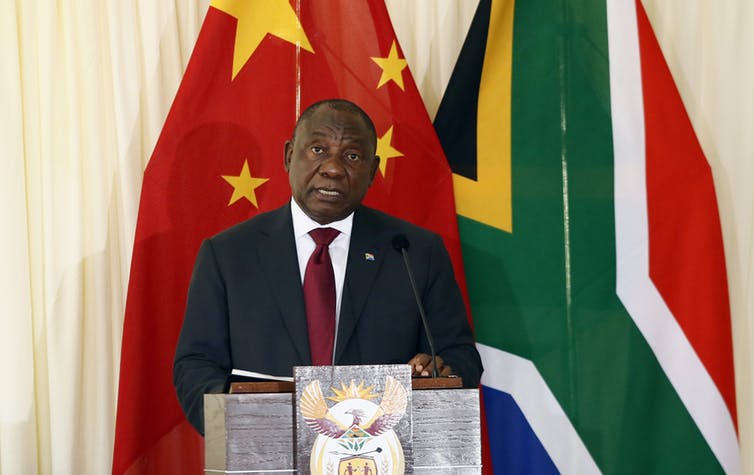 Cyril Ramaphosa speaks on the eve of the summit. EPA

Meanwhile, the Brazilian delegation will be looking for new forms of co-operation that can benefit their tenuous economy, which is threatened by various knock-on effects from the American trade and currency war – with China its main trading partner. Brazil also stands in the shadow of debt problems that are troubling much of Latin America. Expect to see President Michel Temer seeking more financial support from the New Development Bank, though his bigger goal should be deepening trade relations that will help his country’s balance of payments in the longer term.

We are perhaps not expecting President Putin to provide significant economic leverage to other members, but Russia’s substantial political influence will be his main card to play at the summit. At a time when Russia is on the verge of being a pariah to some countries, not least the UK, it will suit Putin to demonstrate warm relations with his fellow BRICS members. 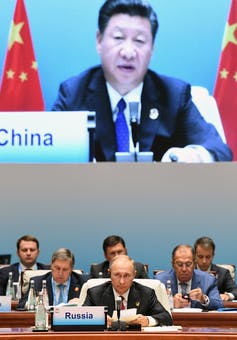 Following Putin’s recent bilateral talks with Donald Trump, the summit is a chance for Russia to enhance its global position and undermine Western containment, particularly the economic sanctions imposed after the Crimean crisis in 2014. The ever closer ties between Russia and China will presumably be a theme, after China’s foreign minister recently described them as being at “their best level in history”.

As for India, the role it plays at the summit will be very interesting. On the one hand, Modi will be seeking new deals for his country, the second largest economy in the bloc after China. On the other hand, India is playing a delicate geopolitical game with the US, China and Russia as their spheres of influence wax and wane across Asia and the Middle East. Show excessive favour to one side and there is the potential for ramifications across the region.

In all, the summit is a useful opportunity for these countries to remind the world of what multilateralism can achieve, and chart new strategies for the coming decade. We may not see any significant leap forward as discussions get underway, but we’ll certainly see the emerging powers attempting to loud-speak their influence at a time of growing protectionism and uncertainty. This bloc has yet to create anything resembling a new world order, but the celebrations from the global south in Johannesburg will certainly reverberate around the world.