27 Jun 2018 – Metallic shrapnel flying faster than bullets; the Space Shuttle smashed to pieces; astronauts killed or ejected into space. The culprit? Space debris – remnants of a Russian satellite blown up by a Russian missile. The one survivor, Ryan Stone, has to find her way back to Earth with oxygen supplies failing and the nearest viable spacecraft hundreds of miles away.

Over on Mars, 20 years in the future, an exploration mission from Earth is going wrong. An epic dust storm forces the crew to abandon the planet, leaving behind an astronaut, Mark Watney, who is presumed dead. He has to figure out how to grow food while awaiting rescue.

Hollywood knows how to terrify and inspire us about outer space. Movies like Gravity (2013) and The Martian (2015), present space as hostile and unpredictable – spelling danger for any intrepid human who dares to venture outside Earth’s hospitable confines. 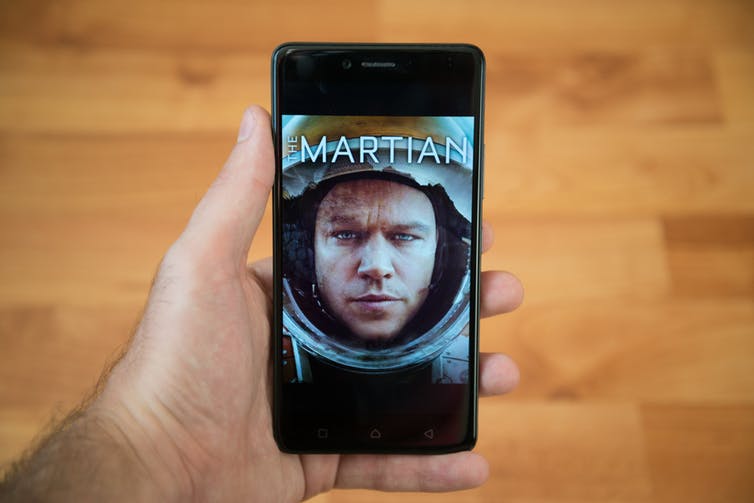 This is only part of the story, however – the bit with people centre stage. Sure, no one wants to see astronauts killed or stranded in space. And we all want to enjoy the fruits of successful planetary science, like determining which planets could host human life or simply whether we’re alone in the universe.

But should we care about the universe beyond how it affects us as humans? That is the big question – call it question #1 of extraterrestrial environmental ethics, a field too many people have ignored for too long. I’m one of a group of researchers at the University of St Andrews trying to change that. How we ought to value the universe depends on two other intriguing philosophical questions:

Question #2: the kind of life we are most likely to discover elsewhere is microbial – so how should we view this lifeform? Most people would accept that all humans have intrinsic value, and matter not only in relation to their usefulness to someone else. Accept this and it follows that ethics places limits on how we may treat them and their living spaces.

People are starting to accept that the same is true of mammals, birds and other animals. So what about microbial beings? Some philosophers like Albert Schweitzer and Paul Taylor have previously argued that all living things have a value in themselves, which would obviously include microbes. Philosophy as a whole has not reached a consensus, however, on whether it agrees with this so-called biocentrism. 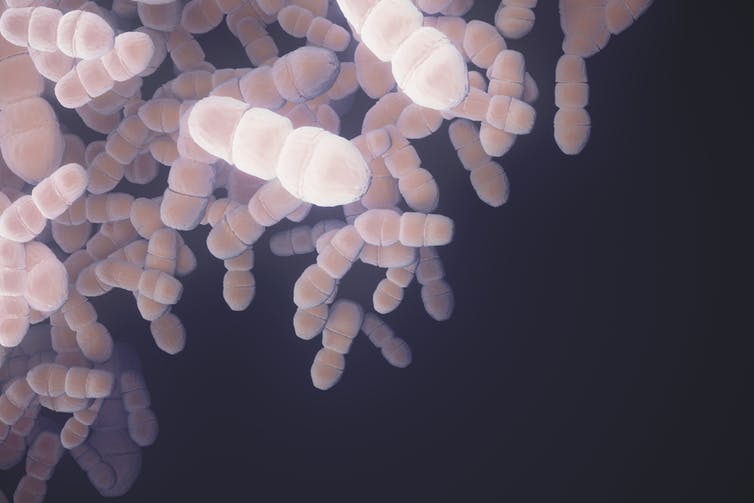 ‘What do we want, rights for microbes …’ Who is Danny

Question #3: for planets and other places not hospitable to life, what value should we place on their environment? Arguably we care about our environment on Earth primarily because it supports the species that live here. If so, we might extend the same thinking to other planets and moons that can support life.

But this doesn’t work for “dead” planets. Some have proposed an idea called aesthetic value, that certain things should be treasured not because they are useful but because they are aesthetically wonderful. They have applied this not only to great artistic works like Leonardo da Vinci’s Mona Lisa and Beethoven’s Fifth, but also to parts of the Earth’s environment, such as the Grand Canyon. Could that apply to other planets? 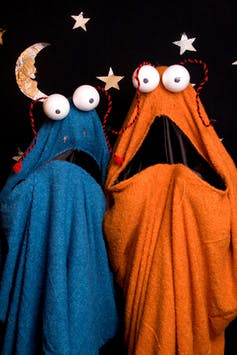 Question #4: is there a duty to protect the environment on other planets? When it comes to sending astronauts, instruments or robots to other worlds, there are clearly important scientific reasons for making sure they don’t take terrestrial organisms with them and wind up depositing them there.

Otherwise, if we discovered life, we wouldn’t know whether it was indigenous – not to mention the risk of wiping it out entirely. But is scientific clarity all that matters, or do we need to start thinking about galactic environmental protection?

Question #5: what, besides biological contamination, would count as violating such an obligation to treat that planet’s environment with respect? Drilling for core samples, perhaps, or leaving instruments behind, or putting tyre tracks in the dirt?

Question #6: what about asteroids? The race is well underway to develop technology to harvest the untold trillions of pounds of mineral wealth presumed to exist on asteroids, as already reported in The Conversation. It helps that no one seems to think of asteroids as environments we need to protect. 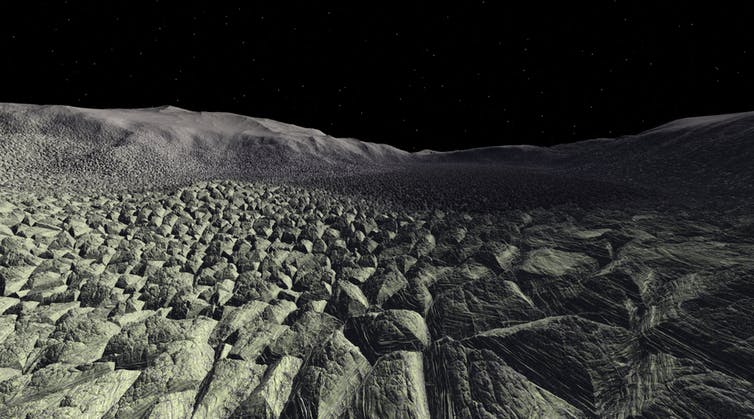 Gold in them craters. Jan Kaliciak

The same goes for empty space. The movie Gravity gave us some human-centred reasons to be worried about the buildup of debris in space, but might there be other reasons to object? If so, would our obligation be to merely create less debris, or something stronger – like not producing any new debris or even cleaning up what we’ve left already?

Read more: The seven most extreme planets ever discovered

Question #7: what considerations might offset arguments in favour of behaving ethically in space? Of the various reasons for going there – intellectual/scientific, utilitarian, profit-driven – are any strong enough to override our obligations?

We also need to factor in the inevitable risks and uncertainties here. We can’t know what benefits space missions will have. We can’t be certain of not biologically contaminating the planets we visit. What risk/reward trade-offs should we be willing to undertake?

Discussions about outer space have the advantage that we have very little attachment to anything out there. These ethical questions might therefore be some of the only ones humans can address with a large measure of emotional distance. For this reason, answering them might help us to make progress with Earth-bound issues like global warming, mass extinction and nuclear waste disposal.

Space exploration also directly raises questions about our relationship to Earth – once we overcome the technological puzzles preventing the terraforming of a planet like Mars, or find ways of reaching habitable exoplanets. I’ll leave you with one extremely important one for the future:

Question #8: given that the Earth is not the only potential home for human beings, what reasons for protecting its environment would remain once we can realistically go somewhere else?