In a resolution adopted today, the European Parliament called on the EU’s governments to advocate “the establishment of a United Nations Parliamentary Assembly” (UNPA) and to support a “UN 2020 summit” that will consider “comprehensive reform measures for a renewal and strengthening of the United Nations.”

27 Jul 2018 – According to the European Parliament, a UNPA should be established “within the UN system in order to increase the democratic character, the democratic accountability and the transparency of global governance and to allow for better citizen participation in the activities of the UN and, in particular, to contribute to the successful implementation of the UN Agenda 2030 and the Sustainable Development Goals.”

The directly elected parliament of the EU’s citizens called on the EU’s 28 member states represented in the Council of the EU to advocate the creation of a UNPA at the upcoming 73rd session of the United Nations General Assembly which will start in September.

European parliamentarian Jo Leinen (S&D) who had initiated the call for a UNPA said that “the UN urgently requires more openness and stronger democratic foundations.” He added that “the European Parliament therefore calls for the establishment of a Parliamentary Assembly within the United Nations system” and that “the European Union and its member states should now play an active role in the implementation of this innovation.”

The European Parliament’s rapporteur on this year’s recommendations on the EU’s UN policy, Eugen Freund (S&D), said that since he first encountered UN reform forty years ago “unfortunately, not much has changed.” He added that “the General assembly has more members now, but it is still a body of unelected diplomats. Therefore, the idea of eventually complementing them with elected parliamentarians is a very appealing one. They would certainly be closer to the populace and thus would have to regularly answer to their constituency. Whether that would also streamline the decision-making processes remains to be seen.” 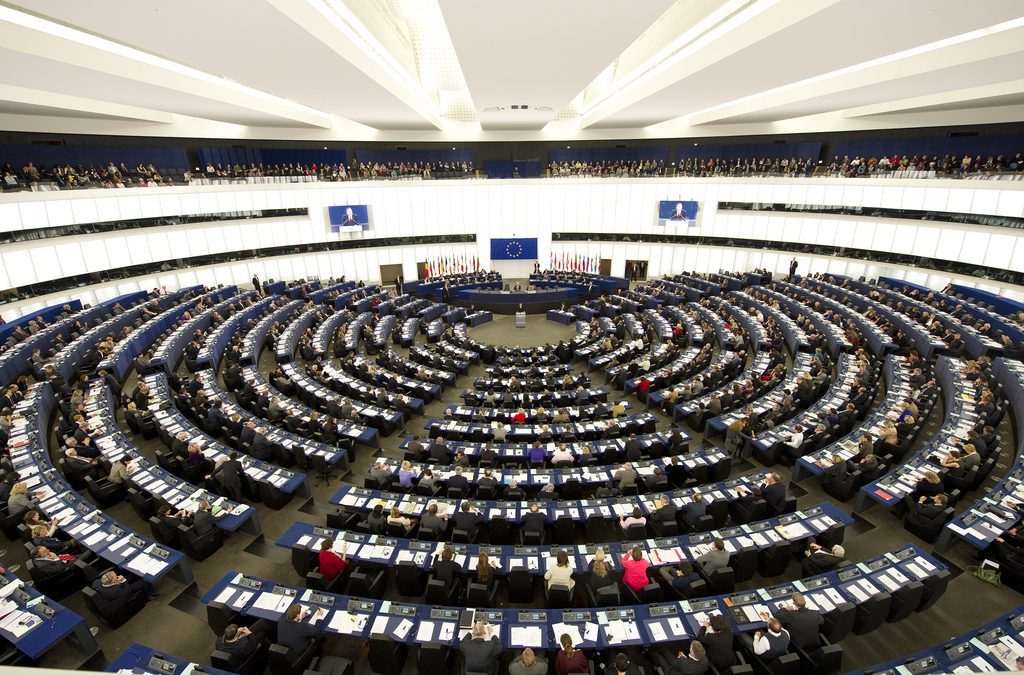 Daniel Jositsch, a member of the Swiss Council of States commented that “the escalating crisis in international cooperation shows that new ways must be found to combat global problems. It is therefore very positive that the European Parliament is calling on the European states to speak out in favour of the creation of a UN Parliament. It is important that they will not simply pay lip service to this goal, but that concrete implementation measures are being taken.”

“From the many initiatives in favor of a more peaceful, fair and democratic world the creation of a UN Parliamentary Assembly is the decisive one. The recent support given by the European Parliament to this proposal shows that the members of the most important supranational parliamentary body are ready to work for its creation,” commented Fernando Iglesias, a member of the Chamber of Deputies of Argentina.

Jo Leinen, Ivone Soares, Daniel Jositsch and Fernando Iglesias are co-chairs of the parliamentary advisory group of the international Campaign for a UNPA which has been endorsed by over 1,500 elected representatives worldwide. The campaign’s secretary-general, Andreas Bummel, said that the European Parliament’s call for a UNPA was “a bold and important step at a time when multilateralism is under attack.” “Governments interested in defending and strengthening the UN and democracy worldwide should urgently work for the democratisation of global institutions and a UN Parliamentary Assembly is a key to achieve this,” he added. Recently, the Irish foreign minister Simon Coveney stated that Ireland was “open minded” relative to proposals for a UNPA.

The European Parliament’s resolution on the EU’s UN policy also recommended, among other things, the establishment of “an open and inclusive intergovernmental preparatory process under the auspices of the UN General Assembly for a UN 2020 summit, on the occasion of the UN’s 75th anniversary” that would consider “comprehensive reform measures for a renewal and strengthening of the United Nations.”

Earlier this year Jo Leinen and Andreas Bummel published a book on the history, today’s relevance and future implementation of the proposal of a world parliament and on improving democratic world governance.

United Nations Parliamentary Assembly Campaign (UNPA) – A proposed addition to the United Nations System that would allow for greater participation and voice for Members of Parliament. The idea was raised at the founding of the League of Nations in the 1920s and again following the end of World War II in 1945, but remained dormant throughout the Cold War.