Israel’s new ‘nation-state’ law follows in the footsteps of Jim Crow, the Indian Removal Act and the Nuremberg Laws. 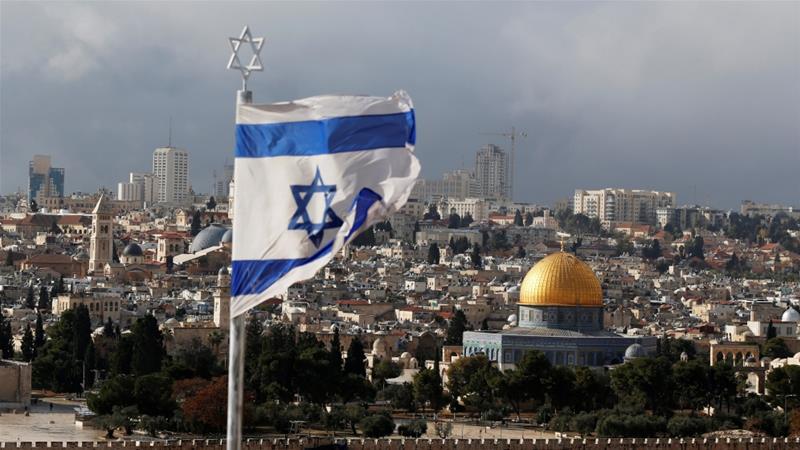 Israel’s parliament on July 19 adopted a law defining the country as the nation-state of the Jewish people, provoking fears it will lead to discrimination against its Palestinian citizens. [Reuters]

26 Jul 2018 – More than 80 years after Nazi Germany enacted what came to be known as the Nuremberg Race Laws, Israeli legislators voted in favour of the so-called “nation-state law“. By doing so, they essentially codified “Jewish supremacy” into law, which effectively mirrors the Nazi-era legislation of ethnoreligious stratification of German citizenry.

Israel’s “nation-state law” stipulates in its first clause that “actualisation of the right of national self-determination in the state of Israel is unique to the Jewish people”. In other words, the 1.7 million Palestinian citizens of Israel, the native inhabitants who managed to remain in their homes when European Jews conquered parts of historical Palestine in 1948, shall be without sovereignty or agency, forever living at the mercy of Israeli Jews.

In similar fashion, the first of the Nuremberg Laws, the Reich Citizenship Law, deemed citizenship a privilege exclusive to people of “German or kindred blood”. The remainder were classed as state subjects, without citizenship rights.

Since there was no scientifically sound way to distinguish Jewish Germans from the rest of German society, legislators looked into people’s ancestry to determine their Jewishness. Anyone who had three or four Jewish grandparents was defined as a Jew, regardless of whether that individual identified himself or herself as a Jew or belonged to the Jewish religious community.

That will not be necessary for indigenous Palestinian citizens of Israel because, since its creation in 1948, Israel put protocols in place to ensure that non-Jews do not assimilate into mainstream Jewish society.

This brings us to the second Nuremberg Law: Law for the Protection of German Blood and German Honour, which sought to prevent mixing of Aryan blood, dubbed “race defilement”.

The new “nation-state law” may not mention “race defilement” but in Israel, anti-miscegenation laws are already in place, masquerading as legislation meant to protect traditional values. Marriage can only be performed by religious officials and the Orthodox rabbinate has exclusive purview over Jewish marriages. Interreligious marriage within Israel is strictly forbidden by law.

The Reich Flag Law, which established black, red, and white as the national colours of Germany, and the swastika flag as the new national flag, was also part of the Nuremberg Laws.

The second clause of Israel’s “nation-state law” regarding national symbols similarly indicates that “the flag of the state is white, two blue stripes near the edges, and a blue Star of David in the centre.” Two days after it was passed, Israeli police and military soldiers arrested a Palestinian boy for holding a Palestinian flag outside the Al Aqsa mosque in occupied Jerusalem.

The third clause of the new nation-state law reiterates Israel’s illegitimate claim to the whole of Jerusalem as its capital, an illegal and internationally unrecognised claim that has been emboldened by US President Donald Trump’s controversial decision to move the US embassy from Tel Aviv to Jerusalem.

Interestingly, however, this new law does not define state borders and Israel remains the only country in the world without declared borders. This is not surprising, as Israel is a continuously expanding settler-colonial state, even though their admission to the United Nations in 1948 was based on their claim to the areas within the 1948 armistice line only, which does not include Jerusalem or any other part of the West Bank.

This new law also marks the beginning of the erasure of Arabic from the land, as it decrees Hebrew to be the only official language of the state, while Arabic has “special status”. Its fourth clause further explains that use of “the Arab language [sic]” institutionally “will be regulated by law.”

As for the 4.5 million indigenous Palestinians in Gaza and the West Bank who do not have Israeli citizenship, the nation-state law eludes to their fate in the seventh clause, which states: “The state views Jewish settlement as a national value and will labour to encourage and promote its establishment and development.”

Simply stated, Israel will continue to work in earnest to build Jewish-only colonies on seized Palestinian land, ostensibly where a Palestinian state was to be formed per the Oslo Accords.

We can expect that more settlement will simply accelerate Israel’s ongoing displacement of Palestinians to replace them with imported Jews. We know from the past decades of settlement construction that this process is accomplished by systematic dispossession, marginalisation, ghettoisation and robbing of indigenous Palestinian inhabitants. This process more closely resembles the Manifest Destiny removal and marginalisation of First Nations in North America.

Western media should stop mincing words by calling the nation-state law “controversial” when in fact it is encoding the worst human impulses into law, the likes of which were promoted in Nazi Germany, Jim Crow and Indian Removal America and other abominable moments in human history.

Susan Abulhawa is a Palestinian writer and the author of the international bestselling novel, Mornings in Jenin (Bloomsbury 2010). She is also the founder of Playgrounds for Palestine, an NGO for children.