Time for Accountability in Burma/Myanmar: Military Responsibility for Crimes against Humanity in Rakhine State 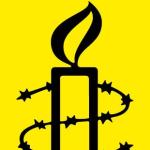 27 Jun 2018 – Following the 25 August 2017 attacks on security posts by an armed group known as the Arakan Rohingya Salvation Army (ARSA), the Myanmar military swept through Rohingya villages. Soldiers killed women, men, and children; raped and committed other sexual violence against women and girls; hauled men and boys to detention sites, where they tortured them; and burned homes, shops, and mosques across several hundred villages. The report examines in detail the military’s atrocities, which amount to crimes against humanity under international law. It also examines the command structure of the Myanmar military, and identifies 13 individuals against whom Amnesty International has gathered extensive, credible evidence of direct or command responsibility for crimes against humanity.

The comprehensive report, “We Will Destroy Everything”: Military Responsibility for Crimes against Humanity in Rakhine State, Myanmar, calls for the situation in Myanmar to be referred to the International Criminal Court (ICC) for investigation and prosecution.

“The explosion of violence – including murder, rape, torture, burning and forced starvation – perpetrated by Myanmar’s security forces in villages across northern Rakhine State was not the action of rogue soldiers or units. There is a mountain of evidence that this was part of a highly orchestrated, systematic attack on the Rohingya population,” said Matthew Wells, Senior Crisis Adviser at Amnesty International.

“Those with blood on their hands – right up the chain of command to Senior General Min Aung Hlaing – must be held to account for their role in overseeing or carrying out crimes against humanity and other serious human rights violations under international law.”
— Matthew Wells, Senior Crisis Adviser at Amnesty International

“Those with blood on their hands – right up the chain of command to Senior General Min Aung Hlaing – must be held to account for their role in overseeing or carrying out crimes against humanity and other serious human rights violations under international law.”

In the report, Amnesty International also names nine of the Commander-in-Chief’s subordinates in the Tatmadaw– Myanmar’s armed forces – and three in the Border Guard Police (BGP) for their roles in the ethnic cleansing campaign.
The culmination of nine months of intensive research, including in Myanmar and Bangladesh, the report is Amnesty International’s most comprehensive account yet of how the Myanmar military forced more than 702,000 women, men and children – more than 80% of northern Rakhine State’s Rohingya population when the crisis started – to flee to Bangladesh after 25 August 2017.

The report provides new details about the Myanmar military’s command structure and troop deployments, as well as the security forces’ arrests, enforced disappearances and torture of Rohingya men and boys in the weeks directly before the current crisis unfolded.

It also provides the most detailed information to date about abuses by the armed group the Arakan Rohingya Salvation Army (ARSA), before and after it launched coordinated attacks on security posts on 25 August 2017. This includes killings of people from different ethnic and religious communities in northern Rakhine State, as well as the targeted killings and abductions of suspected Rohingya informants to the authorities.

Amnesty International has already documented in detail how the Myanmar military’s vicious response to the ARSA attacks came in the context of long-standing institutionalized discrimination and segregation amounting to apartheidand was marked by crimes under international law including murder, rape, torture, targeted large-scale burningof villages, the use of landmines, forced starvation, mass deportation and other serious human rights violations.

Based on more than 400 interviews – as well as reams of corroborating evidence, including satellite imagery, verified photographs and videos, and expert forensic and weapons analysis – the new report goes into harrowing detail about the patterns of violations committed in the military’s “clearance operations” following the ARSA attacks. It also identifies the specific military divisions or battalions involved in many of the worst atrocities.

Amnesty International has documented the security forces committing nine out of the 11 types of crimes against humanity listed in the Rome Statute of the International Criminal Court.

Combat Troops Deployed to ‘Destroy Everything’

The report documents how the military’s senior command put some of its fiercest fighting battalions, infamous for violations elsewhere in the country, front and centre in the operations in northern Rakhine State. This had disastrous consequences for the Rohingya population.

In the weeks leading up to 25 August, the Tatmadawbrought in battalions from the 33rdand 99thLight Infantry Divisions (LIDs), two combat divisions that Amnesty International had implicated in war crimes in Kachin and northern Shan Statein late 2016 and mid-2017, as part of the ongoing internal armed conflicts there.

In some Rohingya villages, the incoming military commanders made their intentions clear from the start. Around 20 August 2017, five days before the bulk of the violence erupted, a field commander from the 33rdLID met in Chut Pyin, Rathedaung Township, with Rohingya leaders from nearby villages. According to seven people present interviewed separately by Amnesty International, the field commander threatened that if there was ARSA activity in the area, or if villagers did any “wrong,” his soldiers would shoot at the Rohingya directly, without any distinction.

Amnesty International likewise obtained an audio recording in Burmese, which it believes to be authentic, of a telephone call between a Rohingya resident of Inn Din, Maungdaw Township, and a Myanmar military officer based in the area. In the recording, the officer says, “We got an order to burn down the entire village if there is any disturbance. If you villagers aren’t living peacefully, we will destroy everything.”

The ensuing wave of violence, in which the security forces completely or partially burned several hundred Rohingya villages across northern Rakhine State, including almost every Rohingya village in Maungdaw Township, has been well documented by Amnesty International and others.

The report goes into additional detail about the widespread as well as systematic attack on the Rohingya population, including in large-scale massacres in each of the three townships – in the villages of Chut Pyin, Min Gyi and Maung Nu.

Thousands of Rohingya women, men and children were murdered – bound and summarily executed; shot and killed while running away; or burned to death inside their homes – though it may never be known exactly how many lost their lives as a result of the military operation.

The security forces also raped Rohingya women and girls, both in their villages and as they fled to Bangladesh. Amnesty International interviewed 20 women and two girls who were survivors of rape, 11 of whom were gang raped.

The organization documented rape and sexual violence in 16 different locations in all three townships of northern Rakhine State.

The practice was widespread and terrorized Rohingya communities, contributing to the campaign to force them out of northern Rakhine State. Some rape victims also had their family members killed in front of them. In at least one village, security forces left rape survivors inside buildings and set them on fire.

Amid growing tensions ahead of the 25 August attacks and in the days that followed, Myanmar security forces arrested and arbitrarily detained hundreds of Rohingya men and boys from villages across northern Rakhine State. Amnesty International interviewed 23 men and two boys whom the security forces arrested and tortured or otherwise ill-treated during this period.
The Rohingya men and boys were often severely beaten during the arrest and then taken to Border Guard Police (BGP) bases, where they were held incommunicado for days or even weeks.

BGP officers tortured the detainees to extract information or to force them to confess to involvement with ARSA. Amnesty International documented in detail torture that occurred in two specific BGP bases: one in Taung Bazar, in northern Buthidaung Township; and another in Zay Di Pyin village, in Rathedaung Township. Multiple survivors of torture named BGP officers responsible for the torture at these bases.

Released detainees described torture methods that included severe beatings, burning, waterboarding and rape and other sexual violence. Several Rohingya men who were held at the Taung Bazar BGP base described having their beards burned. Rohingya men and two boys who were detained at the Zay Di Pyin BGP base described being denied food and water; beaten to the point of death; and, in many cases, having their genitals burned until they blistered.

“I was standing with my hands tied behind my head, then they pulled off my longyi [a sarong-like garment] and put a [lit] candle under my penis. [A BGP officer] was holding the candle and [his superior] was giving orders… They were saying, ‘Tell the truth or you will die’.”
— A farmer from a village in Rathedaung Township

A farmer from a village in Rathedaung Township told Amnesty International: “I was standing with my hands tied behind my head, then they pulled off my longyi[a sarong-like garment] and put a [lit] candle under my penis. [A BGP officer] was holding the candle and [his superior] was giving orders… They were saying, ‘Tell the truth or you will die’.”

Some detainees did die from torture in custody, including a 20-year-old man who was beaten to death with a wooden plank after he asked for water.

To secure their release, detainees were made to pay large bribes and to sign a document stating they had never been abused. Ten months later, the Myanmar authorities have yet to provide information about who remains in detention, where they are being held, and under what charges, if any. These detentions amount to arbitrary detention under international law.

Amnesty International reviewed confidential documents about the Myanmar military indicating that, during military operations like those in northern Rakhine State, forces on the ground normally operate under the tight control of senior commanders.

Combat division units – which committed the vast majority of crimes against the Rohingya – have strict reporting requirements as to their movements, engagements and weapons use, information that senior commanders knew or should have known.

Further, top military commanders, including Senior General Min Aung Hlaing, actually travelled to northern Rakhine State directly before or during the ethnic cleansing campaign, to oversee parts of the operation.

Senior military officials knew – or should have known – that crimes against humanity were being committed, yet failed to use their command authority to prevent, stop or punish those crimes, and even attempted to whitewash the overwhelming majority of them in the aftermath.

Moreover, there is sufficient evidence to require an investigation into whether some or all may have been directly involved in planning, ordering or committing murder, rape, torture and the burning of villages.

Amnesty International’s research identifies 13 individuals with key roles in crimes against humanity. The organization is calling for all those responsible to face justice.

Faced with mounting international pressure, last month the Myanmar authorities announced the establishment of an “Independent Commission of Enquiry”to investigate allegations of human rights violations. Previous government and military-led investigations into abuses in Rakhine State have only served to whitewash military atrocities.

“The international community should not be fooled by this latest attempt to shield perpetrators from accountability. Instead, it must finally put an end to the years of impunity and ensure that this dark chapter in Myanmar’s recent history is never repeated.”
— Matthew Wells

“The international community should not be fooled by this latest attempt to shield perpetrators from accountability. Instead, it must finally put an end to the years of impunity and ensure that this dark chapter in Myanmar’s recent history is never repeated,” said Matthew Wells.

“The United Nations Security Council must stop playing politics and urgently refer the situation in Myanmar to the International Criminal Court, impose a comprehensive arms embargo on Myanmar and impose targeted financial sanctions against senior officials responsible for serious violations and crimes.

“While building international consensus and support for an ICC referral, the international community should use the UN Human Rights Council to set up a mechanism to collect and preserve evidence for use in future criminal proceedings.

“A failure to act now in light of the overwhelming body of evidence begs the question: what will it take for the international community to take justice seriously?”