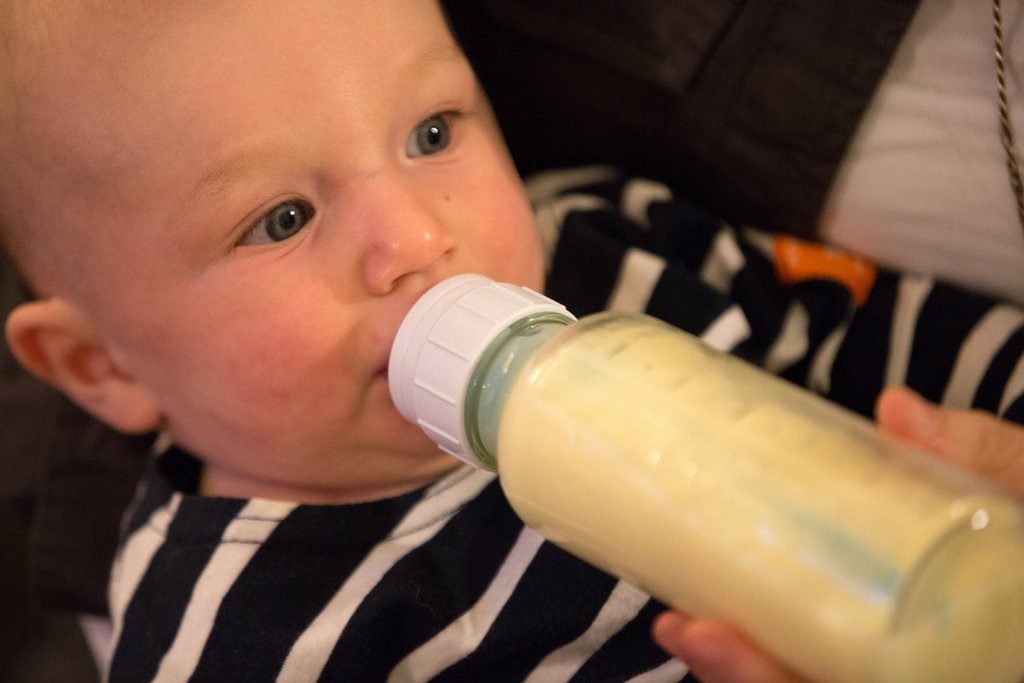 8 Jul 2018 – A resolution to encourage breast-feeding was expected to be approved quickly and easily by the hundreds of government delegates who gathered this spring in Geneva for the United Nations-affiliated World Health Assembly.

Based on decades of research, the resolution says that mother’s milk is healthiest for children and countries should strive to limit the inaccurate or misleading marketing of breast milk substitutes.

Then the United States delegation, embracing the interests of infant formula manufacturers, upended the deliberations.

American officials sought to water down the resolution by removing language that called on governments to “protect, promote and support breast-feeding” and another passage that called on policymakers to restrict the promotion of food products that many experts say can have deleterious effects on young children.

When that failed, they turned to threats, according to diplomats and government officials who took part in the discussions. Ecuador, which had planned to introduce the measure, was the first to find itself in the cross hairs.

The showdown over the issue was recounted by more than a dozen participants from several countries, many of whom requested anonymity because they feared retaliation from the United States.

Health advocates scrambled to find another sponsor for the resolution, but at least a dozen countries, most of them poor nations in Africa and Latin America, backed off, citing fears of retaliation, according to officials from Uruguay, Mexico and the United States.

“We were astonished, appalled and also saddened,” said Patti Rundall, the policy director of the British advocacy group Baby Milk Action, who has attended meetings of the assembly, the decision-making body of the World Health Organization, since the late 1980s.

“What happened was tantamount to blackmail, with the U.S. holding the world hostage and trying to overturn nearly 40 years of consensus on the best way to protect infant and young child health,” she said.

In the end, the Americans’ efforts were mostly unsuccessful. It was the Russians who ultimately stepped in to introduce the measure — and the Americans did not threaten them. 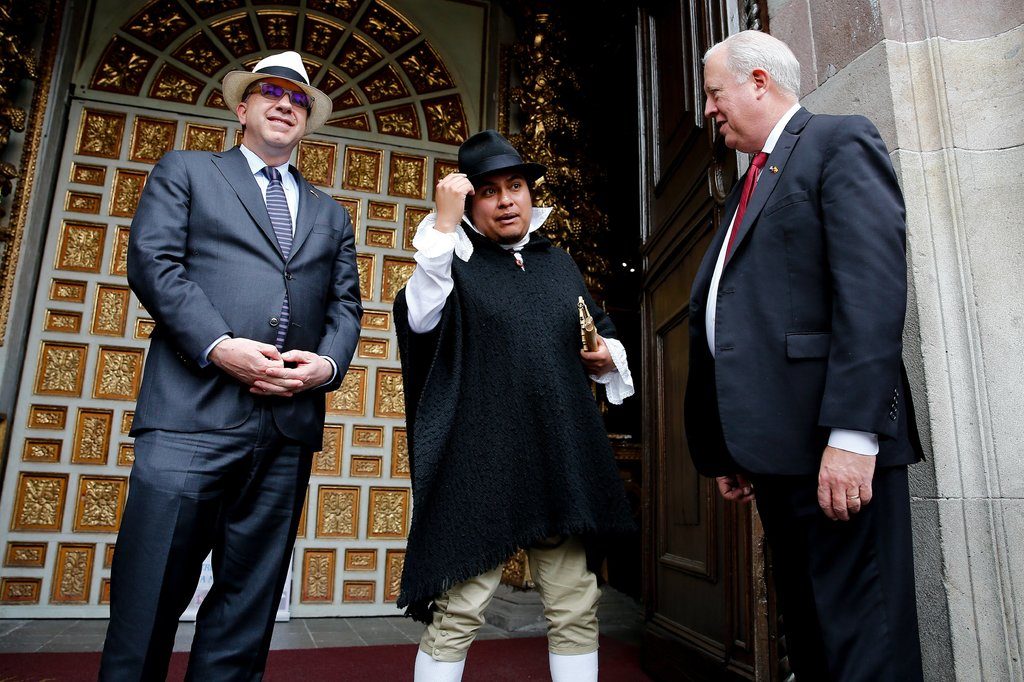 The United States ambassador to Ecuador, Todd C. Chapman, left, in Quito’s historical center with a guide, center, and the undersecretary of state for political affairs, Thomas A. Shannon. Credit Jose Jacome/EPA, via Shutterstock

The State Department declined to respond to questions, saying it could not discuss private diplomatic conversations. The Department of Health and Human Services, the lead agency in the effort to modify the resolution, explained the decision to contest the resolution’s wording but said H.H.S. was not involved in threatening Ecuador.

“The resolution as originally drafted placed unnecessary hurdles for mothers seeking to provide nutrition to their children,” an H.H.S. spokesman said in an email. “We recognize not all women are able to breast-feed for a variety of reasons. These women should have the choice and access to alternatives for the health of their babies, and not be stigmatized for the ways in which they are able to do so.” The spokesman asked to remain anonymous in order to speak more freely.

Although lobbyists from the baby food industry attended the meetings in Geneva, health advocates said they saw no direct evidence that they played a role in Washington’s strong-arm tactics. The $70 billion industry, which is dominated by a handful of American and European companies, has seen sales flatten in wealthy countries in recent years, as more women embrace breast-feeding. Over all, global sales are expected to rise by 4 percent in 2018, according to Euromonitor, with most of that growth occurring in developing nations.

The intensity of the administration’s opposition to the breast-feeding resolution stunned public health officials and foreign diplomats, who described it as a marked contrast to the Obama administration, which largely supported W.H.O.’s longstanding policy of encouraging breast-feeding.

During the deliberations, some American delegates even suggested the United States might cut its contribution to the W.H.O., several negotiators said. Washington is the single largest contributor to the health organization, providing $845 million, or roughly 15 percent of its budget, last year.

The confrontation was the latest example of the Trump administration siding with corporate interests on numerous public health and environmental issues.

In talks to renegotiate the North American Free Trade Agreement, the Americans have been pushing for language that would limit the ability of Canada, Mexico and the United States to put warning labels on junk food and sugary beverages, according to a draft of the proposal reviewed by The New York Times.

During the same Geneva meeting where the breast-feeding resolution was debated, the United States succeeded in removing statements supporting soda taxes from a document that advises countries grappling with soaring rates of obesity.

The Americans also sought, unsuccessfully, to thwart a W.H.O. effort aimed at helping poor countries obtain access to lifesaving medicines. Washington, supporting the pharmaceutical industry, has long resisted calls to modify patent laws as a way of increasing drug availability in the developing world, but health advocates say the Trump administration has ratcheted up its opposition to such efforts.

The delegation’s actions in Geneva are in keeping with the tactics of an administration that has been upending alliances and long-established practices across a range of multilateral organizations, from the Paris climate accord to the Iran nuclear deal to Nafta.

Ilona Kickbusch, director of the Global Health Centre at the Graduate Institute of International and Development Studies in Geneva, said there was a growing fear that the Trump administration could cause lasting damage to international health institutions like the W.H.O. that have been vital in containing epidemics like Ebola and the rising death toll from diabetes and cardiovascular disease in the developing world.

“It’s making everyone very nervous, because if you can’t agree on health multilateralism, what kind of multilateralism can you agree on?” Ms. Kickbusch asked. 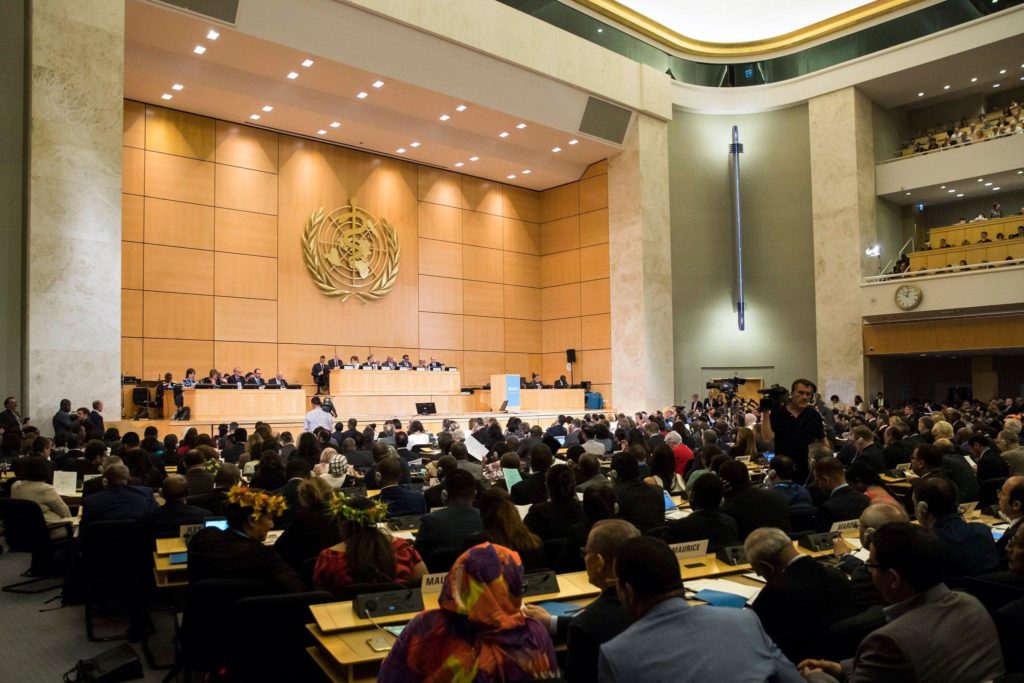 The opening of the World Health Assembly in May. After American officials pressured Ecuador, it was Russia that introduced a resolution in support of breast-feeding.
Credit Peter Klaunzer/EPA, via Shutterstock

A Russian delegate said the decision to introduce the breast-feeding resolution was a matter of principle.

“We’re not trying to be a hero here, but we feel that it is wrong when a big country tries to push around some very small countries, especially on an issue that is really important for the rest of the world,” said the delegate, who asked not to be identified because he was not authorized to speak to the media.

He said the United States did not directly pressure Moscow to back away from the measure. Nevertheless, the American delegation sought to wear down the other participants through procedural maneuvers in a series of meetings that stretched on for two days, an unexpectedly long period.

In the end, the United States was largely unsuccessful. The final resolution preserved most of the original wording, though American negotiators did get language removed that called on the W.H.O. to provide technical support to member states seeking to halt “inappropriate promotion of foods for infants and young children.”

The United States also insisted that the words “evidence-based” accompany references to long-established initiatives that promote breast-feeding, which critics described as a ploy that could be used to undermine programs that provide parents with feeding advice and support.

Elisabeth Sterken, director of the Infant Feeding Action Coalition in Canada, said four decades of research have established the importance of breast milk, which provides essential nutrients as well as hormones and antibodies that protect newborns against infectious disease.

A 2016 study in The Lancet found that universal breast-feeding would prevent 800,000 child deaths a year across the globe and yield $300 billion in savings from reduced health care costs and improved economic outcomes for those reared on breast milk.

Scientists are loath to carry out double-blind studies that would provide one group with breast milk and another with breast milk substitutes. “This kind of ‘evidence-based’ research would be ethically and morally unacceptable,” Ms. Sterken said.

Abbott Laboratories, the Chicago-based company that is one of the biggest players in the $70 billion baby food market, declined to comment.

Nestlé, the Switzerland-based food giant with significant operations in the United States, sought to distance itself from the threats against Ecuador and said the company would continue to support the international code on the marketing of breast milk substitutes, which calls on governments to regulate the inappropriate promotion of such products and to encourage breast-feeding.

In addition to the trade threats, Todd C. Chapman, the United States ambassador to Ecuador, suggested in meetings with officials in Quito, the Ecuadorean capital, that the Trump administration might also retaliate by withdrawing the military assistance it has been providing in northern Ecuador, a region wracked by violence spilling across the border from Colombia, according to an Ecuadorean government official who took part in the meeting.

The United States Embassy in Quito declined to make Mr. Chapman available for an interview.

“We were shocked because we didn’t understand how such a small matter like breast-feeding could provoke such a dramatic response,” said the Ecuadorean official, who asked not to be identified because she was afraid of losing her job.

A version of this article appears in print on July 9, 2018, on Page A1 of the New York edition with the headline: U.S. Delegation Disrupts Accord On Breast Milk.