India Must Stand by the Rohingya in Their Hour of Need 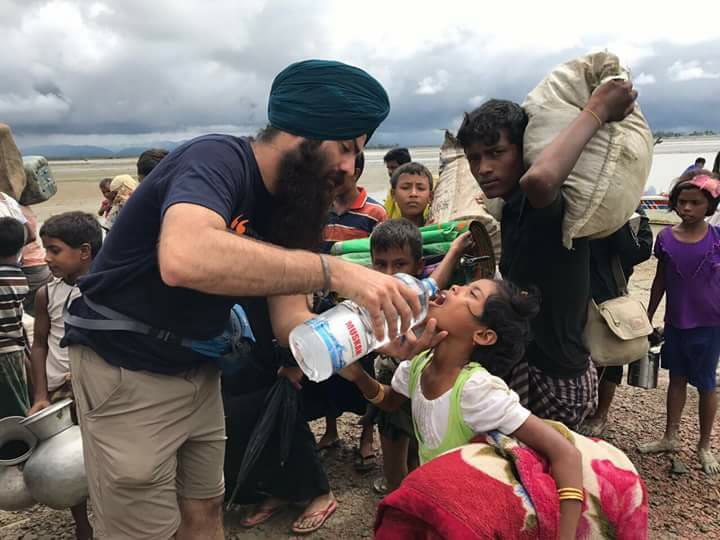 1 Aug 2018 – Rohingya refugees are back in the news again. On Tuesday (July 30) Mr. Rijiju, the Minister of State for Home said some of the Rohingya living in India do not have the status of “refugee” but are “illegal migrants” who would be deported once their details have been prepared. Reiterating his earlier position, Rijiju said since they are illegal migrants, they are not entitled to any government facility.

Responding to a series of supplementary questions in the Parliament, Rijiju said the government has reports that some of the Rohingyas have been involved in illegal activities but he would refrain from getting into details, and maintained that security forces have been deployed to stop their infiltration into the country.

Earlier, the government of India had claimed that the Rohingya were a “potential” threat to India’s national security, as they were vulnerable to manipulations by Islamic terrorists organisations and Pakistan’s ISI. The government is yet to produce evidence of Rohingya refugees indulging in terrorist activities in India. The latest statement of Rijiju is not substantiated with facts. He refused to disclose any details of the criminal activities of the Rohingya refugees. An unsubstantiated statement of this nature, which is capable of inciting violence against the hapless refugee community is unworthy of a responsible minister.

Home Minister Rajnath Singh told the members of the Parliament that the Border Security Force and the Assam Rifles guarding international borders have been asked to ensure that Rohingya asylum seekers do not enter the country. Six months ago, in February this year, Mr. Singh, the Home Minister of India had said, that states asking them to confine Rohingyas in one place and keep them under watch. He said state governments have been asked to carry out enumeration of all Rohingya people living in their respective jurisdictions, collect their biometric data and share it with the Home Ministry. The objective of this exercise was to take up their deportation with Myanmar. This move completely disregards the fact that Myanmar does want Rohingya people in their territory. Myanmar army has been raping Rohingya women, torturing them, killing them, burning down their villages and forcibly evicting them. It exposes the hollowness of Indian governments “humanitarian concern” for the Rohingya refugees in Bangladesh.

Different reports have given varying figures of Rohingya immigrants in India. According to one estimate, there are around 40,000 Rohingyas residing in India. The UNHRC data, on the other hand, shows that 16,500 Rohingya Muslims have settled in India as refugees. Of these, 5,700 are settled in Jammu and rest in New Delhi, Jaipur and Hyderabad. Whereas, according to the Jammu and Kashmir government, there 5,700 Rohingyas in Jammu and 7,664 in Ladakh.

Rohingya Muslims have settled in Doda and Samba sectors of Jammu region and in Ladakh. These areas which border Pakistan and China. These areas are considered “sensitive” from security perspective by Indian intelligence agencies. The agencies claim that Rohingya terror group, known as Aqa Mul Mujahideen (AMM), was in touch with terrorist outfits like Lashkar-e-Taiba (LeT) and Jaish-e-Mohammed (JeM) and men belonging to AMM got trained in Pakistan. It is also claimed that Zakir Musa, the Head of Al-Qaeda’s offshoot in Kashmir, Ansar Gazawat-ul-Hind, has expressed solidarity with Rohingyas living in Jammu. In early September, the Mutahida Majlis-e-Ulma (MMU), headed by separatist Mirwaiz Umar Farooq and other religious organisations also observed a Solidarity Day in the Valley for Rohingya settlers. Apparently, this is a good enough reason for the government to deport the Rohingya refugees in national interest.

At the same time, India is witnessing a growing intellectual debate which is trying to create a pro-Rohingya perception and the Hindu right wing ruling party, the BJP is pushing for deportation of Rohingyas just because they are Muslims, India Today, a leading Indian news magazine reported that Rohingya Muslims had forcefully converted Rohingya Hindu women to Islam in Bangladesh, insinuating that some of the Rohingya Muslims harbour anti-Hindu feelings. In a fragile state like Jammu and Kashmir which is divided on religious lines, such news can potentially flare up — invoking fear in the minds of Hindus in Jammu and Buddhists in Ladakh. It would further motivate the “ultra-right wing” ruling party to deport the foreign Muslims settlers who might damage the demography of the country.

As the Indian government announced that it would deport the Rohingya asylum seekers back to Myanmar, some Twitter accounts have been sharing fake images taken from different sources, each from a different event claiming the Rohingyas persecuted Hindus in Rakhine. Using photographs pilfered from different unrelated sources and “photoshopping” them to fit the false narrative, rightwing Hindu organisations in India are generating fake news to show the Rohingya Muslims as terrorists and killers. Unfortunately, Indian government is also using these fake news from the social media to project the Rohingya as a “potential threat” to India’s national security. In the absence of evidence, the government is trying to build a public opinion against the Rohingya refugees and also to deter the support they are getting because of the genocide in progress in Myanmar. The news items such as “Rohingya Killing Hindus” and “Rohingya forcibly converting Hindu women to Islam” have added fuel to the hate campaign, which is being spread through its troll and photoshop by Hindu right wing organisations. Several corporate owned media houses have published news articles about Rohingyas killing Hindus in newspapers and online portals, without bothering to check its authenticity.

Such views serve the communal agenda and make short-term political gains, but the political class has so far failed to take into account the larger threat this poses not just to the Rohingyas, but to the country’s political and social stability.

Rohingyas are the most persecuted people in the world. Let us not add to their misfortune. It is possible that a few individual Rohingya refugees might have committed some crime. But that should not be the reason to classify the entire community as “criminals”. It is important for the saner people of India to stand up for the protection of the Rohingya and ask the government to support the global call for an independent investigation into the allegations of “crimes against humanity” committed by Myanmar army. India had earned the international community’s respect for standing up for the oppressed people and against the oppressors, no matter how powerful they were. We must stand by the Rohingya in their hour of need.

Tapan Bose is an independent documentary filmmaker, human rights and peace activist, author and regular contributor leading journals and news magazines in India, Nepal and Pakistan. His award winning documentaries on human rights and democratic issues include An Indian Story (1982) on the blinding of under trial prisoners in Bhagalpur and the nexus between landlord, police and politicians, and Beyond Genocide: Bhopal Gas Tragedy (1986). His film Behind the Barricades: Punjab (1993) on the state repression in Punjab, as with the earlier cited films, was banned and after a long legal struggle was shown. His latest film is The Expendable People (2016), a passionate appeal for justice for the tribal peoples of India, cheated, dispossessed, pauperised and criminalized in their forest homes, made to pay the price for extractive development.