Something Not Rotten in Denmark 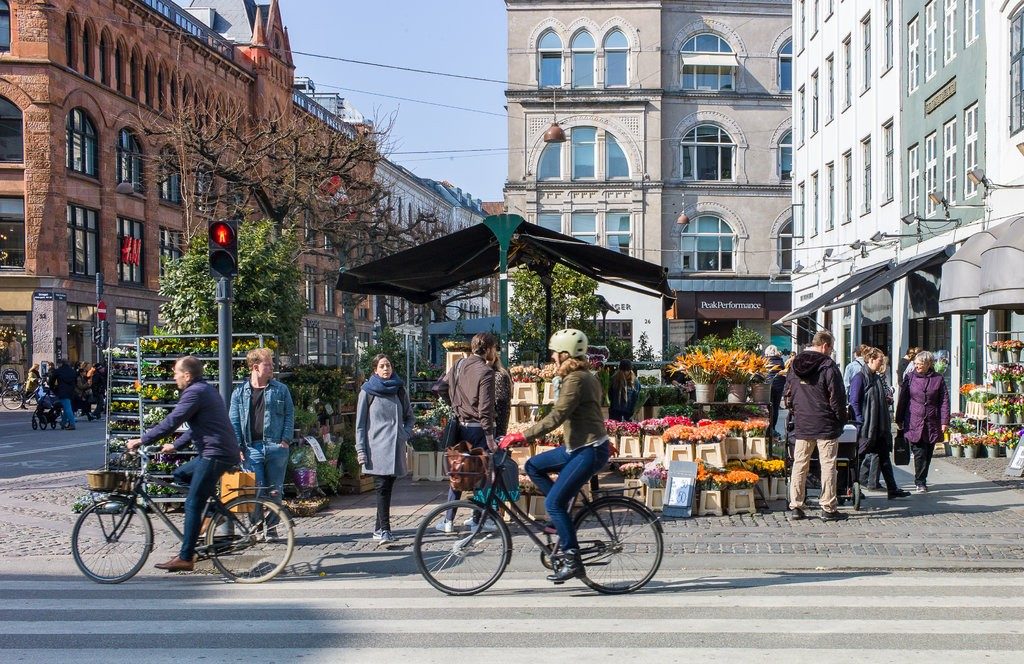 Danes tend to be happier than Americans and find life more satisfying.
Credit: Jane Beiles for The New York Times

Last weekend, Trish Regan, a Fox Business host, created a bit of an international incident by describing Denmark as an example of the horrors of socialism, right along with Venezuela. Denmark’s finance minister suggested that she visit his country and learn some facts.

Indeed, Regan couldn’t have picked a worse example — or, from the point of view of U.S. progressives, a better one.

For Denmark has indeed taken a very different path from the United States over the past few decades, veering (modestly) to the left where we’ve veered right. And it has done just fine.

American politics has been dominated by a crusade against big government; Denmark has embraced an expansive government role, with public spending more than half of G.D.P. American politicians fear talk about redistribution of income from the rich to the less well-off; Denmark engages in such redistribution on a scale unimaginable here. American policy has been increasingly hostile to organized labor, and unions have virtually disappeared from the private sector; two-thirds of Danish workers are unionized.

Conservative ideology says that Denmark’s policy choices should be disastrous, that grass should be growing in the streets of Copenhagen. Regan was, in effect, describing what her employers think must be happening there. But if Denmark is a hellhole, it’s doing a very good job of hiding that fact: I was just there, and it looks awfully prosperous.

And the data agree with that impression. Danes are more likely to have jobs than Americans, and in many cases they earn substantially more. Overall G.D.P. per capita in Denmark is a bit lower than in America, but that’s basically because the Danes take more vacations. Income inequality is much lower, and life expectancy is higher.

The simple fact is that life is better for most Danes than it is for their U.S. counterparts. There’s a reason Denmark consistently ranks well ahead of America in measures of happiness and life satisfaction.

But is Denmark socialist?

The libertarian Cato Institute says no: “Denmark has quite a free-market economy, apart from its welfare state transfers and high government consumption.” That’s some qualification.

It’s true that Denmark doesn’t at all fit the classic definition of socialism, which involves government ownership of the means of production. It is, instead, social-democratic: a market economy where the downsides of capitalism are mitigated by government action, including a very strong social safety net.

But U.S. conservatives — like Fox’s Regan — continually and systematically blur the distinction between social democracy and socialism. In 2008, John McCain accused Barack Obama of wanting socialism, basically because Obama called for an expansion of health coverage. In 2012, Mitt Romney declared that Obama got his ideas from “socialist democrats in Europe.”

In other words, in American political discourse, anyone who wants to make life in a market economy less nasty, brutish and short gets denounced as a socialist.

And this smear campaign has had a predictable effect: Sooner or later, if you call any attempt to improve American lives “socialism,” a lot of people will conclude that socialism is O.K.

A recent Gallup poll found that majorities both of young voters and of self-identified Democrats prefer socialism to capitalism. But this doesn’t mean that tens of millions of Americans want the government to seize the economy’s commanding heights. It just means that many people, told that wanting America to be a bit more like Denmark is socialist, end up believing that socialism isn’t so bad, after all.

The same may be said for some Democratic politicians. Much has been made of Alexandria Ocasio-Cortez, not just because of her upset primary victory, but because she’s a self-proclaimed socialist. Her platform, however, isn’t socialist at all by the traditional definition. It’s just unabashedly social-democratic.

And that puts her in line with the rest of her party. Whenever I read articles questioning what Democrats stand for, I wonder if the writers are paying any attention to what candidates are saying about policy. For today’s Democratic Party is actually impressively unified around social-democratic goals, far more so than in the past.

True, there are differences over both policy and rhetorical strategy. Should the push for universal health coverage involve Medicare for all, or simply the right for everyone to buy into an enhanced Medicare program? Should Democrats simply ignore Republican slander of their social-democratic ideas, or should they try to turn the “socialist” smear into a badge of honor?

But these aren’t very deep divisions, certainly nothing like the divisions between liberals and centrists that wracked the party a couple of decades ago.

The simple fact is that there is far more misery in America than there needs to be. Every other advanced country has universal health care and a much stronger social safety net than we do. And it doesn’t have to be that way.

A version of this article appears in print on Aug. 17, 2018, on Page A27 of the New York edition with the headline: Something Not Rotten In Denmark.

One Response to “Something Not Rotten in Denmark”