Who Is Nikola Tesla? 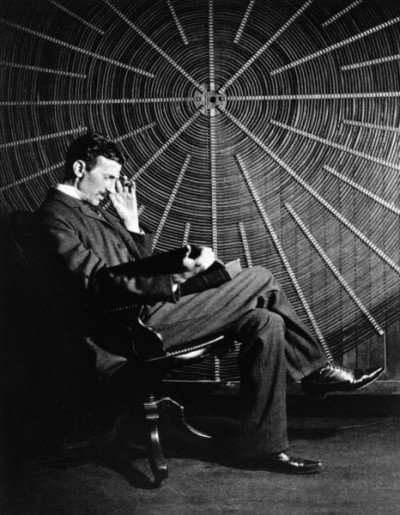 25 Aug 2018 – Very few people know who Nikola Tesla is. They have heard of the Tesla electric car, but generally the broader public is unfamiliar with Nikola Tesla, the Serbian scientist and his path breaking inventions in electricity and wireless technology. Many of his inventions were stolen by US corporations.  Wireless technology was in large part based on Tesla inventions.

Nikola Tesla foresaw the advent of the cell phone back in 1926:

In a January 30, 1926 interview in Collier’s, Tesla revealed with tremendous foresight what a Future World with wireless technology would look like. In other words, he described the World in which we live in today.  “When wireless technology is perfectly applied, the whole earth will be converted into  a huge brain.”  Does this not describe our World today?

In fact Tesla described a World Beyond today’s World:

“Belted parking towers will arise in our large cities, and the roads will be multiplied through sheer necessity, or finally rendered unnecessary when civilization exchanges wheels for wings.

Tesla’s perspective was largely humanitarian reflecting a historical commitment to social progress. It was unduly optimistic. The military applications of wireless technology which constitute the basis of modern warfare were not mentioned.  Neither did he focus on the potential impacts of wireless radiation on human health (Beware of 5G: a Health Hazard for Future Generations and the Public is Not Informed).

Below are excerpts from Tesla’s historic 1926 interview (emphasis added): 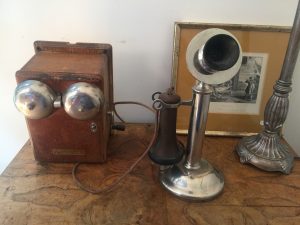 From the inception of the wireless system,…  I saw that this new art of applied electricity would be of greater benefit to the human race than any other scientific discovery, for it virtually eliminates distance.

The majority of the ills from which humanity suffers are due to the immense extent of the terrestrial globe and the inability of individuals and nations to come into close contact.

“Wireless will achieve the closer contact through transmission of intelligence, transport of our bodies and materials and conveyance of energy.

When wireless is perfectly applied the whole earth will be converted into a huge brain, which in fact it is, all things being particles of a real and rhythmic whole.  We shall be able to communicate with one another instantly, irrespective of distance. 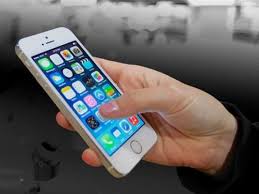 Not only this, but through television and telephony we shall see and hear one another as perfectly as though we were face to face, despite intervening distances of thousands of miles; and the instruments through which we shall be able to do his will be amazingly simple compared with our present telephone.

A man will be able to carry one in his vest pocket. [i.e. a mobile cell phone]

We shall be able to witness and hear events–the inauguration of a President, the playing of a world series game, the havoc of an earthquake or the terror of a battle–just as though we were present.

When the wireless transmission of power is made commercial, transport and transmission will be revolutionized.  Already motion pictures have been transmitted by wireless over a short distance.

Later the distance will be illimitable, and by later I mean only a few years hence.  Pictures are transmitted over wires–they were telegraphed successfully through the point system thirty years ago.  When wireless transmission of power becomes general, these methods will be as crude as is the steam locomotive compared with the electric train.

Perhaps the most valuable application of wireless energy will be the propulsion of flying machines, which will carry no fuel and will be free from any limitations of the present airplanes and dirigibles.  We shall ride from New York to Europe in a few hours.  International boundaries will be largely obliterated and a great step will be made toward the unification and harmonious existence of the various races inhabiting the globe.  Wireless will not only make possible the supply of energy to region, however inaccessible, but it will be effective politically by harmonizing international interests; it will create understanding instead of differences.

Modern systems of power transmission will become antiquated.  Compact relay stations one half or one quarter the size of our modern power plants will be the basis of operation–in the air and under the sea, for water will effect small loss in conveying energy by wireless.”

Present wireless receiving apparatus … will be scrapped for much simpler machines; static and all forms of interference will be eliminated, so that innumerable transmitters and receivers may be operated without interference.  It is more than probable that the household’s daily newspaper will be printed ‘wirelessly’ in the home during the night.  Domestic management–the problems of heat, light and household mechanics–will be freed from all labor through beneficent wireless power.

I foresee the development of the flying machine exceeding that of the automobile, and I expect Mr.  Ford to make large contributions toward this progress.  The problem of parking automobiles and furnishing separate roads for commercial and pleasure traffic will be solved.  Belted parking towers will arise in our large cities, and the roads will be multiplied through sheer necessity, or finally rendered unnecessary when civilization exchanges wheels for wings.

The world’s internal reservoirs of heat, indicated by frequent volcanic eruptions, will be tapped for industrial purposes.  In an article I wrote twenty years ago I defined a process for continuously converting to human use part of the heat received from the sun by the atmosphere.  Experts have jumped to the conclusion that I am attempting to realize a perpetual-motion scheme.  But my process has been carefully worked out.  It is rational.”

(quoted from John B. Kennedy, An Interview with Nikola Tesla, Collier Magazine, January 30, 1922)