World Is Drowning in Debt and It Spells Disaster for Everyone

The entire planet is swimming in debt, yet no one seems to criticize the system itself as being fundamentally flawed. 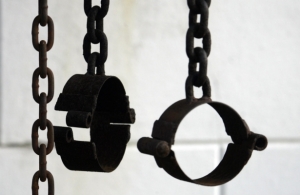 16 Aug 2018 – “A man in debt is so far a slave,” American essayist Ralph Waldo Emerson once reportedly said.

In light of this statement, I contend that I don’t need to have a college degree in economics to tell you that our current financial system enslaving the entire world is not sustainable – and headed for one hell of a spectacularly ugly crash.

Last month, the Washington-based Institute of International Finance published their latest statistics indicating that global debt had reached $247.2 trillion by the end of March this year, an increase of 11.1 percent from last year alone. In other words, since the start of this year, global debt rose by a whopping $8 trillion in just three to four months.

In 2016, the global debt was already at $164 trillion, which was equivalent to 225 percent of global GDP. The global debt-to GDP ratio currently exceeds 318 percent, having risen for the first time since the third quarter of 2016. Just the US debt to GDP ratio alone currently exceeds 100 percent. This debt-to-GDP ratio is 12 percentage points higher than in 2009, during the aftermath of the global financial crisis. We are now at levels not seen since during the 1980s and the International Monetary Fund (IMF) expects this to continue on an upward trend.

According to the Institute of International Finance (IIF), the pace of the debt increase in this first quarter is a concern, noting that the quality of the debt has declined as well. Perhaps I do need that college degree after all, because it is beyond me how different debts have different qualities. Debt is debt, and right now the entire globe is drowning in it.

According to the report, government debt has risen the most sharply in Brazil, Saudi Arabia, Nigeria and Argentina. In Argentina and Nigeria, two emerging markets, over three-quarters of redemptions will be in dollars with $900 billion of their debt being held in US bonds which will mature in 2020.

Strangely enough, investors have allegedly been “going wild” for Saudi Arabian debt as the country began seeing massive demand for its first ever international debt issuance. Apparently, debt is big business and is actually quite profitable – for some people, that is. 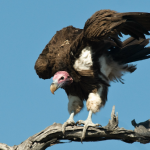 Saudi debt shouldn’t surprise us though; this is a country that had to kidnap some of its wealthiest citizens and confiscate their assets in order to secure itself up to $800 billion of extra funds. Perhaps it would be simpler just to pull its military out of Yemen and allow the poorest Arab nation a chance to breathe after four years of relentless war crimes, but I digress.

According to the IMF, in 2016, the countries with the largest debts, both public and corporate, were the United States with over $48.1 trillion, China with over $25.5 trillion and Japan with over $18.2 trillion. Advanced economies saw their debt advancing by $64.1 trillion between 2001 and 2016 and the emerging market economies saw an equally disturbing rise from $37.5 trillion over the same period.

Seriously, there is a reason the US spends so much money on war. With such a large and widening fiscal deficit, the US needs to come up with even more money to pay its bills. Debt on its own is one thing, but we also must consider the interest payments that come with this debt. Some estimates suggest that if these trends continue, including and especially in light of the US president’s ludicrous tax cuts as well as his nonsensical trade wars with some of the world’s largest economies, interest payments could climb to $1.05 trillion by 2028. This means that the interest payments would surpass funding for even something as hefty as the juggernaut that is the US military, as part of the US overall budget.

The interest itself ensures that there is always more debt than money in circulation, and this fact alone should be a wake-up call for the international public. The reality is that this debt is rising at such a phenomenal level it is bound to end in disaster.

Mark my words, this is the period where we will see a lot of discussion and literature about how each country can and will bounce back from this mounting debt clock. Perhaps you will read that “massive stimulus” will be necessary to avoid the next Great Depression. Perhaps you will see and hear reports that say, actually, the United States economic growth remains strong, growing by 4.1 percent during the past quarter alone. Therefore, all that countries like the US need to do is merely go on a debt diet, if you will, and take a break from this unstoppable addiction to debt.

Or perhaps you may come across a paper published last year by David Romer and Christian Romer who, after analysing 24 economies, demonstrated that if a country has both fiscal and monetary space in times of crises, the country’s economy output will contract by less than one percent compared to an output decline of 10 percent, if this fiscal and monetary space is not managed correctly.

Come on – who are we kidding, $247.2 trillion in debt? There is no economic miracle that will save us from this system. It would require infinite growth over a period of time exceeding the lifespan of this planet.

Take Germany, for example. Germany will need to collect almost 80 percent of GDP in 30 years if it is to have any chance of delivering its promised healthcare and pensions. What will happen if – and when – it cannot do this?

Whether the corporate media admits it or not, the whole world is rightfully preparing for this inevitability. Just look at the behind-the-scenes conduct of some of the world’s major players right now. Is it a coincidence that Russia and China have been stockpiling ounces and ounces of gold for years? Is it a coincidence that in June this year, Russia sold off $47.4 billion out of the $96.1 billion it held in US Treasuries bonds? Even Kyrgyzstan, India and Turkey have been working to stockpile gold reserves of their own.

Just recently, Russian Foreign Minister Sergey Lavrov weighed in on the latest US spat with NATO ally Turkey, stating that over time the role of the US dollar as the currency of global trade will decline while discussing the possibility of using national currencies to settle deals with Turkey as well as China and Iran.

The decline of the American dollar’s role is noteworthy in and of itself, but have you ever considered what is to happen to the United States’ phenomenal debt if the US loses it strongest asset – namely, the influence the US dollar has over the global financial markets?

The US dollar accounts for up to 80 percent of the foreign currency financing of emerging economies. The collapse of the US dollar is tied to the collapse of the current global financial system, and no one seems to have a plan of attack detailing what realistically can be done to put the world back on track. As it is, emerging economies were already deemed to be vulnerable, yet no one seems to have considered a serious response to the result of this current trajectory. If many non-US entities were previously bound by the US dollar, even if they wanted to continue to meet their obligations, sooner or later the US dollar is going to be harder to come by as the US dollar continues its international decline.

In this context, Donald Trump’s trade war will surely backfire. It cannot be said that Trump is implementing the world’s greatest game of 4-D Chess; which barely makes sense even at the domestic level. At the international level, his trade war is nothing short of suicidal.

The debt train is on its way to an epic collision of unprecedented proportions. By the beginning of 2020, global debt could be as high as $300 trillion. Our brains are not wired to process the significantly high numbers we have been dealing with in this article. So, here is another way of looking at the issue for those of us who are playing catch up.

If you think the resources for paying off a bill this size exists, you are kidding yourself. If you haven’t yet realised that even while we debate what to do about this conundrum, the global debt will only continue to rise, and in that time the existence of those resources is still nowhere to be seen, then perhaps now is the time to switch on.

Darius Shahtahmasebi is a New Zealand-based attorney and political analyst.