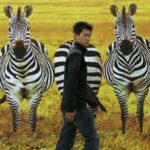 30 Oct 2019 – A new report has shed some light on predominantly western critiques of China’s foreign policy strategy, particularly in the Pacific; and it has put to rest an issue which has dominated media discourse for some time now. 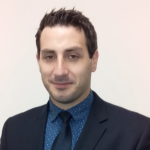 26 Sep 2019 – The US has apparently learned it can use its leverage over natural resources to pursue a geopolitical chess game which sees it heavily countering Russia’s influence over the future of the energy markets.

12 Sep 2019 – While protests in Hong Kong and the debacles in the UK under Boris Johnson pushed Venezuela out of the media, a recent troop detachment indicates Caracas may be back in the crosshairs. The US has a long history of encircling rivals and adversaries with military bases with two notable goals: to prevent it from expanding its sphere of influence, and regime-change. 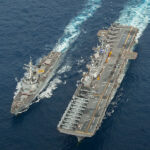 29 Aug 2019 – After devastating the Middle East through sanctions, warfare, and the backing of extremists to fight proxy wars, the Indo-Pacific region – not the Middle East – is now the Pentagon’s “priority” region. 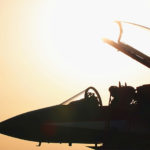 China Sees New Era of ‘Shared Destiny’ with US No Longer in the Driving Seat
Darius Shahtahmasebi - RT, 5 Aug 2019

1 Aug 2019 – The release of China’s white paper on defense demonstrates an increasingly confident and more assertive China. “Asia-Pacific countries are increasingly aware that they are members of a community with shared destiny” is perhaps the single-most important sentence of the entire white paper. China is hinting that the region shares the destiny of what will become “the end of a US-led alliance system.” 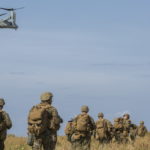 The US Just ‘Invaded’ an Island in the East China Sea & No One Noticed
Darius Shahtahmasebi – RT, 8 Apr 2019

29 Mar 2019 – Just recently, the US military launched a full-on invasion of an island in the East China Sea to send a strong message to China, and yet barely any mainstream media outlet has covered the story or its massive implications. 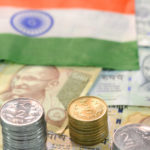 14 Jan 2019 – In an effort to circumvent US-imposed sanctions, India and Iran have reportedly ditched the US dollar and are trading oil in rupees. The reason becomes clear after considering the dynamics at play in the region. 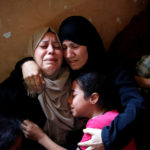 15 Nov 2018 – After a Twitter backlash, the Guardian was forced to amend a brazenly propagandized headline which sought to undermine the basic rights of Palestinians and elevate Israeli soldiers to levels previously thought unimaginable. 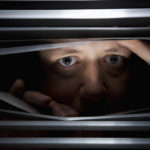 7 Sep 2018 – Just last week, the world’s leading snooping powers quietly and without notice issued a disturbing warning to tech giants, telling them to surrender unprecedented backdoor access to their citizens’ data. The UK plays a pivotal part in the so-called Five Eyes alliance, which also includes the US, Canada, Australia and New Zealand. 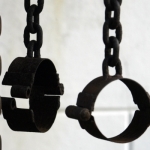 World Is Drowning in Debt and It Spells Disaster for Everyone
Darius Shahtahmasebi – RT, 20 Aug 2018

16 Aug 2018 – “A man in debt is so far a slave,” American essayist Ralph Waldo Emerson once reportedly said. In light of this statement, I contend that I don’t need to have a college degree in economics to tell you that our current financial system enslaving the entire world is not sustainable – and headed for one hell of a spectacularly ugly crash. 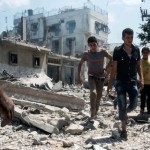 Rather than heeding the warnings from the UN to open up Gaza’s blockade and allow vital aid, what we have witnessed over the course of the last decade is a periodic all-out Israeli assault on Gaza’s vital infrastructure.

24 Nov 2016 – The House of Lords just passed the Investigatory Powers Bill, which provides immense spying powers to the British government. The only amendment to the bill has been to ensure that MPs could not be spied on under the new legislation. “Arguing that you don’t care about privacy because you have nothing to hide is like arguing that you don’t care about free speech because you have nothing to say.”