Big Brother Is Keeping ‘Five Eyes’ on You 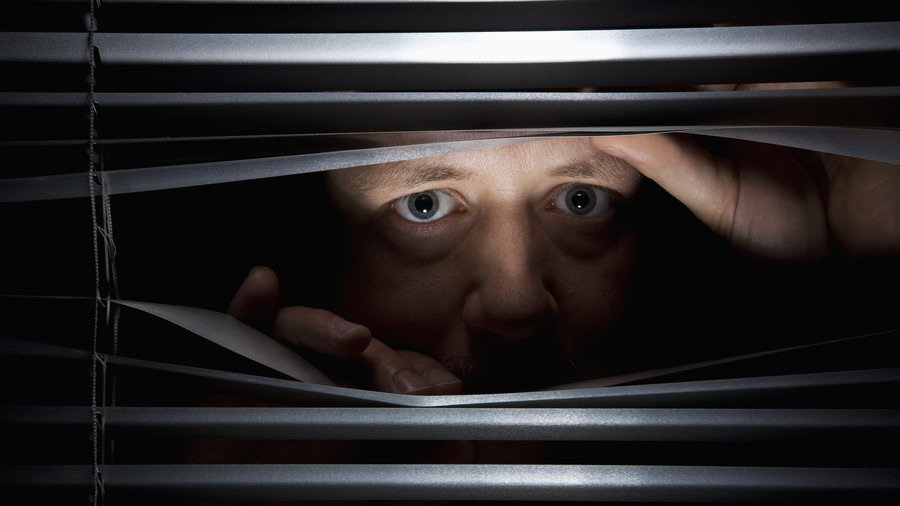 Not many people know this, but the United Kingdom has some of the most extreme spying powers in the developed world. At the end of 2016, passing what some people called the “Snooper’s Charter,” the UK put into law some of the most draconian anti-privacy laws that we have ever known, allowing its government to compel companies to break their own encryption.

The UK plays a pivotal part in the so-called Five Eyes alliance, which also includes the US, Canada, Australia and New Zealand. Nobody knew it at the time, but the American military base which my family and I grew up next to has played a crucial role in delivering US drone strikes across the Middle East and beyond. America’s drone-strike regime, largely considered illegal for numerous reasons, is not something that countries should willingly participate in lightly and without public scrutiny.

Why am I mentioning this? Because it goes to the very heart of my point: the extent to which we know or do not know what our governments are doing behind closed doors is quite literally a matter of life and death.

Now, it has been revealed that the Five Eyes alliance, dedicated to a global “collect-it-all” surveillance task, has issued a memo calling on their governments to demand that tech companies build backdoor access for states to access users’ encrypted data or face measures that will force companies to comply.

The memo was released quietly with little media coverage last week by the Australian Department of Home Affairs, and essentially demanded that providers

The memo was reportedly released after ministers for the intelligence agencies of the Five Eyes nations met on Australia’s Gold Coast last week.

The most laughable aspect, of course, was the opening sentence, which ironically reads: the

“governments of the United States, the United Kingdom, Canada, Australia and New Zealand are committed to personal rights and privacy, and support the role of encryption in protecting those rights.”

Yes, of course. Also worthy of note is the order in which those countries appear in the memo, clearly ranking from biggest bully in the playground to the push-over child at school who is just happy and content to be a part of the “club.”

If we are to take the memo at its face value, end-to-end encryption is potentially our best friend. The memo itself admits that some encrypted data is nearly impossible for intelligence agencies to crack on their own, as they are struggling to make sense of the data they are currently intercepting. This is why they are forcibly calling on the world’s leading tech providers to do their work for them.

Will those tech companies cave in to these government’s demands? You can bet your bottom dollar that eventually, yes, they very well might. While Facebook did not comment directly on the memo, instead attempting to refer questions to a public blog that the social media giant published in May explaining its policies on encryption, there is one important ingredient missing from the future of these policies.

After Donald Trump was elected in 2016, the US establishment and its media cohorts went into a “fake news” frenzy that saw Barack Obama deliver a stern attack on Facebook directly, supposedly being one of the main disseminators of fake news. Mark Zuckerberg, Facebook’s CEO and founder, completely dismissed the idea that Facebook played a substantial role in this, stating:

“Voters make decisions based on their lived experience. We really believe in people. You don’t generally go wrong when you trust that people understand what they care about, and you build systems that reflect that.”

Despite this statement, hoping no one had noticed, barely a few days later, Facebook then announced it was adopting a string of measures to fight “fake news” after all.

Read more: You could soon spend 10 years in Australian jail if you don’t hand over your phone password to cops

Why the sudden change in heart? Could it be that, according to the Washington Post, in that trivial space of time, Barack Obama personally pulled aside Zuckerberg in a private room, on the sidelines of a meeting of world leaders in Peru, so that the president could make a personal appeal to Zuckerberg to take the threat of “fake news” more seriously?

In other words, these big companies will always inevitably cave to government pressure whether or not they even agree with what these governments are saying. According to the New York Times, one Facebook official said that the Australian memo had

“no teeth,” but was in fact “part of an escalating war between governments and Silicon Valley tech giants over access to people’s private data.”

In that context, the warnings speak for themselves. The companies who do not comply with these nations’ demands will be hit with

according to the memo, which does not detail what sort of measures these will be. Also unclear is how much access and to what, exactly, the governments of the Five Eyes are proposing. However, it seems likely that the least it would allow each government is access to encrypted call and message data relating to their citizens.

Given that Facebook has been breaching our privacy in favor of government agencies for a long time now, you can rest assured that Zuckerberg will not put up any meaningful resistance to this new decree issued by the Five Eyes network.

This idea of “fake news” and still-unsubstantiated claims of extensive foreign interference in Western democracies more or less set the tone for the Five Eyes gathering in Australia. Perhaps, just perhaps, the aim of these governments was not to discuss what to do about child-trafficking or international crime as they claim, but actually something more broadly related to containing these powers’ number-one adversary (here are two clues).

It is worth noting that there has been next to no criticism of these Five Eyes powers for delivering such a blatant attack on our right to privacy. Remember that, of course, Russian President Vladimir Putin is attempting to “wrest control of the internet,” as the Guardian wrote approximately three years ago. But these same Western media companies are awkwardly silent about what their own governments are proposing to do, something which other nations could only dream about achieving on such a global scale.

It needs to be said that now is the time to start paying attention. If you think the same governments that facilitate terrorism all over the planet want to access your data to in good faith to do nothing other than foil terrorist plots, you are nothing short of naïve.

Privacy matters, whether you think you matter or not; and if you don’t believe me, who better to demonstrate this point than Mark Zuckerberg himself?

“This same division can be seen with the CEO of Facebook, Mark Zuckerberg, who in an infamous interview in 2010 pronounced that privacy is no longer a ‘social norm,'” journalist Glenn Greenwald noted in his TEDtalk, “Why Privacy Matters.”

“Last year, Mark Zuckerberg and his new wife purchased not only their own house but also all four adjacent houses in Palo Alto for a total of $30 million in order to ensure that they enjoyed a zone of privacy that prevented other people from monitoring what they do in their personal lives,” Greenwald continued.

Firstly, security researchers and other critics of these backdoor access proposals have stated time and time again that there is no workable way to create a “secure backdoor” that would not be vulnerable to intercept by hackers who have not been sanctioned access to the data.

Secondly, this line of nonsensical thinking was graciously debunked and tossed into the fire, never to be seen again, by none other than infamous whistleblower Edward Snowden, who stated:

For those of us who have plenty to say, the memo is nothing but an attack on all our fundamental rights and freedoms, and should be rejected in the same manner in which the media has chosen to ignore it.