Experts Say Beijing Is NOT Engaged in ‘Debt Trap Diplomacy’, but Anti-China Propaganda Is Relentless 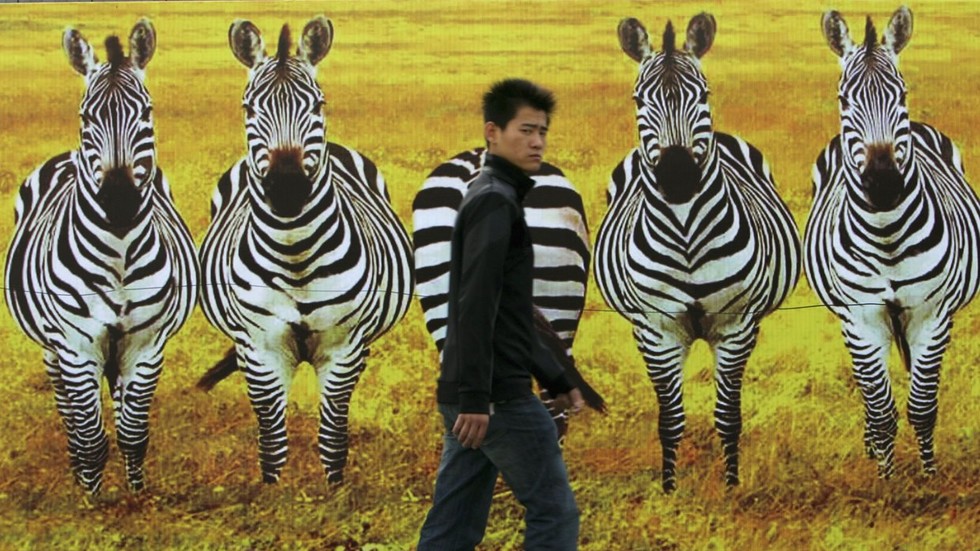 30 Oct 2019 – A new report has shed some light on predominantly western critiques of China’s foreign policy strategy, particularly in the Pacific; and it has put to rest an issue which has dominated media discourse for some time now.

The Australian – a prominent Australian-based media outlet – published an article last weekend claiming that a “Chinese diaspora” could be changing the Asia-Pacific. According to the report, given

The key buzzwords in the latter sentence are “debt-trap diplomacy.”

China has been accused of using “debt-trap diplomacy” on smaller, less developed nations for some time now. The accusations have surfaced not just from mainstream, corporate media outlets, but from the highest echelons in the Trump administration. As Secretary of State Mike Pompeo put it, China is

“using the debt trap…to put these countries in a place where it isn’t a commercial transaction. It’s a political transaction designed to bring harm and political influence in the country in which they’re operating.”

In other words, China hands out loans so excessive that it knows the smaller nation could never realistically pay it off. At which some time China would make a trade-off for the debt, with something much more valuable (and almost certainly, tangible).

You’d have to wonder why so many countries would be willing to accept Chinese money if this were indeed the case. Yes, money will always be appealing, but to find yourself at the complete mercy at a rising superpower that supposedly will turn your ports into assets for its growing naval might is surely asking for trouble, at least as far as your domestic population would be concerned. Considering that these countries will even cut diplomatic ties with Taiwan just to take a share of the money that China is offering (even though Taiwan was already providing them with financial support to a reasonable extent), it wouldn’t make sense if these nations were digging themselves into a trap filled with major consequences. China was even able to bring Kiribati onside and turn it against Taiwan, by providing full funds to purchase airplanes and commercial ferries.

It also doesn’t seem to present a clear picture of what actually happens in reality. Earlier this year, Forbes reported that China had forgiven close to nearly $10 billion in debt. Between 2000 and 2018, over half of the countries receiving loans from China have had their debt wiped clean. Others have had their loans turned into gifts. Altogether, some 20 African nations have had their Chinese loans forgiven, with at least six of them getting a round of free cash twice (in fact Sudan and Zimbabwe have had a round of debt forgiveness more than three times).

According to the Australian-based Lowy Institute, in its most recent report, China’s global infrastructure strategy in fact represents something much more “nuanced” than the supposed debt-trap diplomacy, though the report is not without its criticisms either.

“The evidence suggests China has not been engaged in problematic debt practices in the Pacific as to justify accusations of debt trap diplomacy, at least not to date,” it reads.

“Still, the sheer scale of Chinese lending and the lack of strong institutional mechanisms to protect the debt sustainability of borrowing countries mean a continuation of business as usual would pose clear risks.”

While western nations criticize China’s strategy and warn developing nations not to get caught in any potential traps, they do seem to be missing the fact that a lot of these nations prefer Chinese money as an alternative to the other sources at hand. China backs huge infrastructure development in many countries throughout the Pacific, and as the Lowy Institute noted, Chinese money is

“perceived to be faster, more responsive to the needs of local political elites, and have fewer conditions attached.”

“We like China because they bring the red flags, not the red tape,” one senior Pacific official once said.

The Lowy report even seems to suggest that Chinese projects have been known to deliver good quality infrastructure.

Despite this damning reality, as soon as I saw the Lowy report last week, I did make a bet with myself that it would not be long before the media began re-using accusations of “debt-trap diplomacy” and flat-out ignoring the experts’ view on the matter. As the Australian example shows, my prediction was fairly accurate.

As I’ve said before, despite Australia’s record low aid budget, it is still the largest aid provider to the Pacific region. However, its recently announced Pacific Step-Up program seems to suggest that Australia will be looking to compete more heavily against China for influence through loans, grants and callable capital.

This dilemma could lead to an infrastructure arms race with China in the Pacific, which would only make the situation worse for the states that Australia and the US are supposedly concerned about. According to Lowy Institute,

“in seeking to compete directly with loans from China, Australia might simply exacerbate debt sustainability problems in the Pacific.”

In that case, you can bet that no one will be accusing Australia of using “debt-trap diplomacy” to entrap Pacific Island nations.

For countries like Australia, Chinese debt in the Pacific may end up being the least of their worries. As the Australian reports, Beijing can potentially use its influence on Chinese expatriates across the globe to score political victories in their new places of domicile. The media outlet claims that as this young generation of Chinese expats becomes more influential in these nations, government decision-making may fall like dominos as a result. The Australian is even suggesting that policy decisions regarding hot-potato issues such as Taiwan and China’s military build-up in the Pacific would be included in this category.

Like most things involving China, I suspect this is another potential threat overhyped to the worst possible extent. I have lived in different parts of the Pacific, and the anti-Chinese sentiment emanating from this type of propaganda can be felt quite strongly in certain circles. Among those circles is Winston Peters, New Zealand’s deputy prime minister, who is viscerally anti-Chinese and has already been pushing strong immigration reform targeting Chinese migrants.

And yet as the Lowy Institute report has revealed, sometimes the allegations against China just don’t stack up.

One Response to “Experts Say Beijing Is NOT Engaged in ‘Debt Trap Diplomacy’, but Anti-China Propaganda Is Relentless”