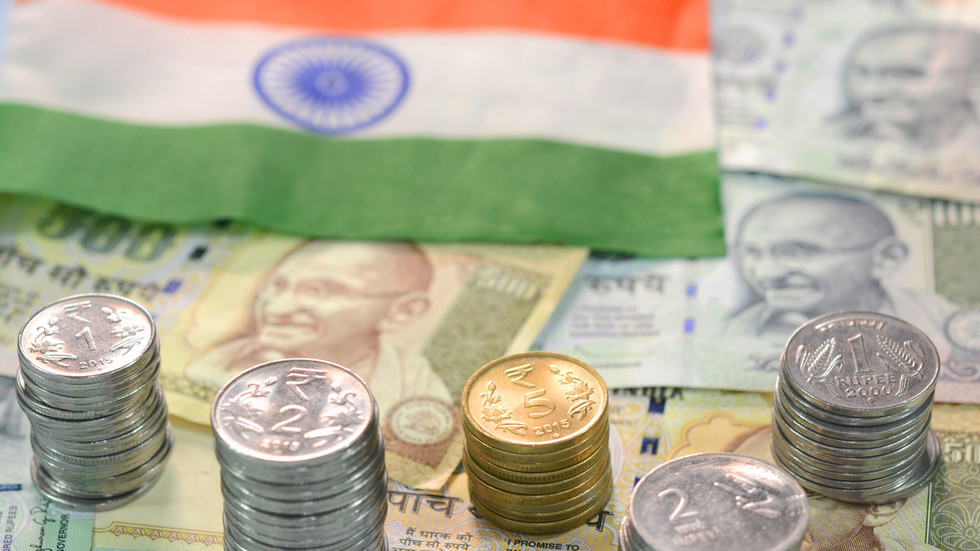 14 Jan 2019 – In an effort to circumvent US-imposed sanctions, India and Iran have reportedly ditched the US dollar and are trading oil in rupees. The reason becomes clear after considering the dynamics at play in the region.

In mid-February last year, Iranian President Hassan Rouhani visited India, and the two countries signed nine agreements signalling a strengthening of ties. Indian Prime Minister Narendra Modi appeared to celebrate the growing relationship, stating that it was “a matter of great pleasure” for India that an Iranian president came to India “after a gap of 10 years.”

Fast-forward a few months later, and then-UN ambassador Nikki Haley was bluntly telling India that they should rethink their relationship with Tehran.

Donald Trump’s decision to rip up the Joint Comprehensive Plan of Action (JCPOA) last year, also known as the Iranian nuclear accord, was a particularly significant blow to Iran-India relations. At the time the JCPOA was formulated, Indian officials believed the deal to be the “best deal available.” After the JCPOA’s implementation in 2016, exports of Iranian oil to India increased by more than 110 percent.

Maybe the issue isn’t always that Washington wants to contain its rivals in the Middle East and Asia, but perhaps there is a chance that it also wants to keep a lid on its so-called allies as well. Right now, India is the third largest oil consumer in the world, and is expected to become the largest by the year 2040. As its domestic reserves are not meeting the needs of its rapidly expanding economy, India has been importing 80 percent of its oil supply from overseas, including and especially Iran.

Prior to Washington’s Iran-sanctions regime, Iran was India’s third largest supplier of crude oil (it is now about sixth place). It is no surprise therefore, that India’s Foreign Ministry spokesperson responded by saying that Haley had

“her views, and our views on Iran are very clear.”

He also warned that India would

“take all necessary steps, including engagement with relevant stakeholders to ensure our energy security.”

It does seem like the days of foreign states being bullied into adopting a dangerous foreign policy are over. If Washington has any doubt about this, they need only turn to this exclusive Reuters report which revealed that India had begun paying Iran for its oil in rupees, according to a senior bank official, under the guise of a six-month waiver which was given to seven other countries (including China). According to the report, in a previous round of US-imposed sanctions, India settled approximately half of oil payments in rupees and the remainder in euros. However, this time around, all payments are to be made in rupees.

Furthermore, the agreement, worth $1.5 billion, reportedly hands Iran a tax break of $637 million. For its part, Iran will use its rupee supply to fund its imports of pharmaceuticals and other items from India, invest in Indian businesses and pay for Iranian missions and students in India.

Prior to this arrangement, US-led sanctions continued to decimate Iran’s ability to trade freely with its partner. Oilprice explains that in December, Indian oil imports from Iran plunged by 41 percent to just over 300,000 barrels per day (bpd). This is effectively the amount allowed under Washington’s waiver.

Insurance companies are becoming increasingly unwilling to engage in transactions involving Iran, due to the risk that sanctions attract. However, according to a separate Reuters report, Russian and Chinese shipping companies had been pitching to facilitate India-Iran trade.

It seems to me that if enough countries continue to pull together to override Washington’s sanctions, they will at some point be rendered completely ineffective. It also seems as though Washington is pushing these countries to work more closely together, whereas these countries may have been freer to explore their differences and their disagreements had they been left to their own devices.

The blunt truth is that India and Iran have too much in common for India to submit fully to Washington’s strategy of global bullying. There is also a lot of things that Iran can give India which the United States cannot, and not just free shipping, insurance and extended credit. As the Diplomat explains, India and Iran both share an interest in combating Sunni-backed extremism, especially in Pakistan and Afghanistan. They both have an interest in doing what they can to outmanoeuvre China in certain aspects.

In February last year, the two nations came to an agreement involving a lease between Iran’s Port and Maritime Organization and India Ports Global Limited, which allowed India to run part of Chabahar Port for 18 months.

The two countries released a joint statement at the time, describing the port as a “golden gateway” that will help the two countries in reaching out to Afghanistan and Central Asia. This gateway is so golden, it seems, that India has already committed over $500 million to the project, with indications that it could become a multi-billion dollar project.

The idea of the project is to improve “energy, security and regional connectivity” to reach Afghanistan. In reality, it allows India to ship supplies to Afghanistan while bypassing Pakistan. Chabahar Port in southeastern Iran is approximately 90km (56 miles) west of the Pakistani port of Gwadar, the epicentre of an enormous Chinese infrastructure program in Pakistan. This is the same location where it was rumored that China was establishing a military base.

In other words, if India is forced to join the US effort to completely isolate Iran on the world stage, it may risk losing out on a significant chunk of the regional fruits to Pakistan and China. This is not conjecture; Iran has already reached out to Pakistan and China to participate in the Chabahar project. As the all-knowing Atlantic Council summarised, if India bows to the US, it risks losing Iran to China.

India also needs Iran’s ports to complete the so-called International North-South Transport Corridor (INSTC), which would ideally connect India to the Persian Gulf, Central Asia, Russia and even Europe, and would allegedly increase India’s $1 billion trade with Central Asia to a whopping $170 billion.

China already has a direct connection to Central Asia, placing India at a disadvantage by default, and its trade with Central Asian nations is already at $30 billion; well above India’s. In 2000, India, Iran and Russia signed an agreement for the purpose of developing the North-South transport corridor.

India, Iran and Afghanistan held a tripartite meeting in September last year in which they discussed the Afghanistan peace process, cooperation against terrorism, as well as Chabahar Port. It is noticeable, to say the least, that Pakistan and China were not involved in this discussion. Just last week, Iran and India held a similar meeting.

India is also currently developing two gas fields, Farzad-B in Tehran and the South Pars field located between Iran and Qatar (which is the largest gas field in the world). Trump may soon begin to realise how difficult it is to isolate these states from one another after the simple examination of a world atlas.

Even the effect of US sanctions on ordinary people that the United States consider allies appear to not have been taken into account. Most reports allege that the absence of Iranian oil makes oil market prices shoot through the roof, affecting common Indian residents who had been enjoying cheaper oil prices under the JCPOA. Does the US want the people of India to hate Iran, or to hate the enforcer of these sanctions?

Reportedly, a “preferential trade”agreement between Iran and India is also in the works which will come into force in the not-so-distant future. The two nations have also already signed an agreement worth $2 billion on cooperation in the railway sector. At the start of this year, Iran also announced it would invest Rs 1,500 crore to expand a refinery run by Chennai Petroleum Corp, in a move that sees Iran attempting to counter US-imposed sanctions and cement its position in India.

You won’t see this in the mainstream media, but India also quietly allowed an Iranian bank to open a branch in Mumbai just last week.

Despite undue pressure from Washington, at the end of the day India still has indicated it will abide by its sanctions and the waiver that it has been given (as far as possible).

It is therefore unclear what the US is hoping to achieve through this strategy. Yes, sanctions greatly weaken Iran’s economy and threaten the collapse of its currency, but they also push these adversarial states to consider agreements which circumvent the use of the US dollar, even with Washington’s more traditional allies. If enough countries drop the use of the dollar in bilateral trade, the dollar will no longer have the international use it once had. As of right now, Venezuela, Qatar, China, Russia, India and Iran – just to name a few – are all nations who have considered the use of alternative currencies to counter Washington’s sanctions regime.

If the ultimate aim of the US is to weaken the dollar’s status on the global markets, then it can be my guest.