Between 2000 and 2015, while the United States’ prison population increased by 14 percent, Brazil’s jumped by approximately 170 percent. 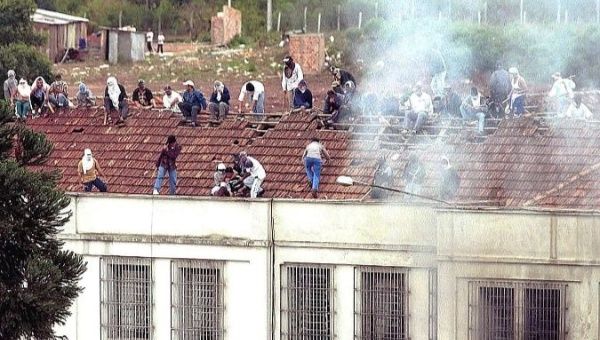 Despite achieving this unsavory accomplishment, a report published by the Prison Chapains shows Brazil’s penal system only has the capacity to properly accommodate half of the prisoners it currently holds.

“Even with the mass construction of prisons since the 1990s, it (Brazil) has not been able to deal with the large number of imprisoned people during this period,” said Rodolfo Valente, researcher and head of the Prison Chaplains’ report.

“The incarceration rate is so intense that overcrowding, in truth, is likely to worsen despite the newly built prisons on a regular basis. This only foments, even more, the trivialization of prisons and their barbarism.”

Titled the “Anti-Prison Struggle in the Contemporary World: A Study on the Experiences of Prison Population Reduction in Other Nations,” the study reveals that Brazil is the only country in the top six where the number of people incarcerated has been continually and intensely increasing since the 1980s.

Between 2000 and 2015, while the U.S. prison population increased by 14 percent, Brazil’s jumped by approximately 170 percent.

Researchers believe that Brazil should radically reduce its prison population to avoid tragedies such as riots and deaths of prisoners and guards. One suggestion is to reduce jail time for those who commit crimes that don’t result in serious injury, and to allow defendants to await their trial dates outside of prisons.

According to the Prison Chaplains, almost half of Brazil’s entire prison population has not receiveed final convictions or sentences, are incarcerated at similar rates for non-violent crimes, and more than 30 percent are in prison as a result of small drug possession or property crimes.

“A change in the drug laws is particularly important because a third of all prisoners are in jail due to (small amounts of) drug trafficking,” said Michael Mohallem, a professor of human rights at the Getulio Vargas Foundation.