Reports of the events in Myanmar have not kept the Israeli government from cooperating with those suspected of war crimes. 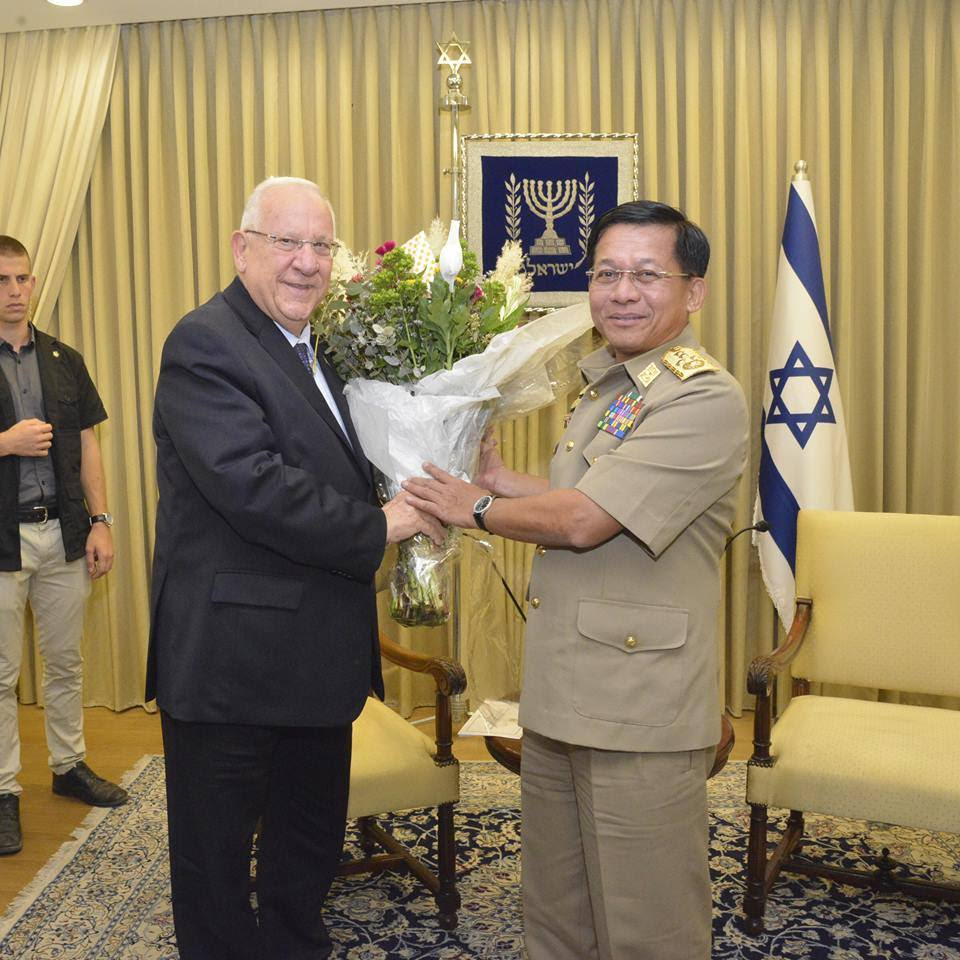 29 Aug 2018 – A United Nations report issued this week found that the Myanmar military committed genocide and crimes against humanity, including rape, torture, enslavement, violence against children and the destruction of entire villages, against the country’s Rohingya Muslim minority. The crimes were conducted as part of a series of military operations that began in November 2016 and reached their peak in August 2017, when 725,000 Rohingya fled to neighboring Bangladesh out of fear.

The report, written by an independent fact-finding mission and based on the testimony of hundreds of survivors, calls for prosecuting Myanmar’s army commander and other top generals in the International Criminal Court or an international tribunal. The panel cited “the level of organization indicating a plan for destruction; and the extreme scale and brutality of the violence” in arguing for prosecution.

Senior Gen. Min Aung Hlaing, the commander-in-chief of Myanmar’s army, was explicitly mentioned as being responsible for carrying out the actions and as a partner in formulating the ideological foundation for the genocide.

Reports of the events in Myanmar have not kept the Israeli government from cooperating with those suspected of war crimes. In September 2015, Min Aung Hlaing visited Israel. He met with senior defense officials and with President Reuven Rivlin and visited the Yad Vashem Holocaust memorial and museum in Jerusalem as well as military bases and manufacturers. Afterward, he announced the purchase of Israeli weapons in a deal estimated at tens of millions of dollars.

In summer 2016, the head of the Defense Ministry’s International Defense Cooperation Directorate paid a reciprocal visit to Myanmar. All of this was reported on the Facebook page of Min Aung Hlaing, who was banned from the site Monday after being accused of using it to promote hate and misinformation.

Official Israel does not allow the publication of reports on the arming of Myanmar. In a hearing on petitions to the High Court of Justice filed in the last year and a half by human rights activists and attorney Eitay Mack against Israel’s weapons sales to Myanmar, the Defense Ministry argued that the court had no authority to rule on defense exports. Israeli spokesmen justified the supplying of weapons with the claim that “both sides committed war crimes,” claims that were rejected in the UN report. The court’s ruling on the petition is classified, but according to testimony from Myanmar the weapons sales are continuing, even in the midst of the crimes.

Israel has a long history of arming dark regimes, from Latin America through the Balkans and Africa, to Asia. The findings of the UN panel’s report require an examination of this method, whose economic benefits cannot serve as a counterweight to the atrocities. Attorney General Avichai Mendelblit must order an investigation to determine whether the individuals who approved the arms sales to Myanmar were complicit in genocide in accordance with Israel’s 1950 Law for the Prevention and Punishment of the Crime of Genocide. In addition, he must see to it that the findings are made public.

The above article is Haaretz’s lead editorial, as published in the Hebrew and English newspapers in Israel.