The problem is not plastic. It is consumerism. 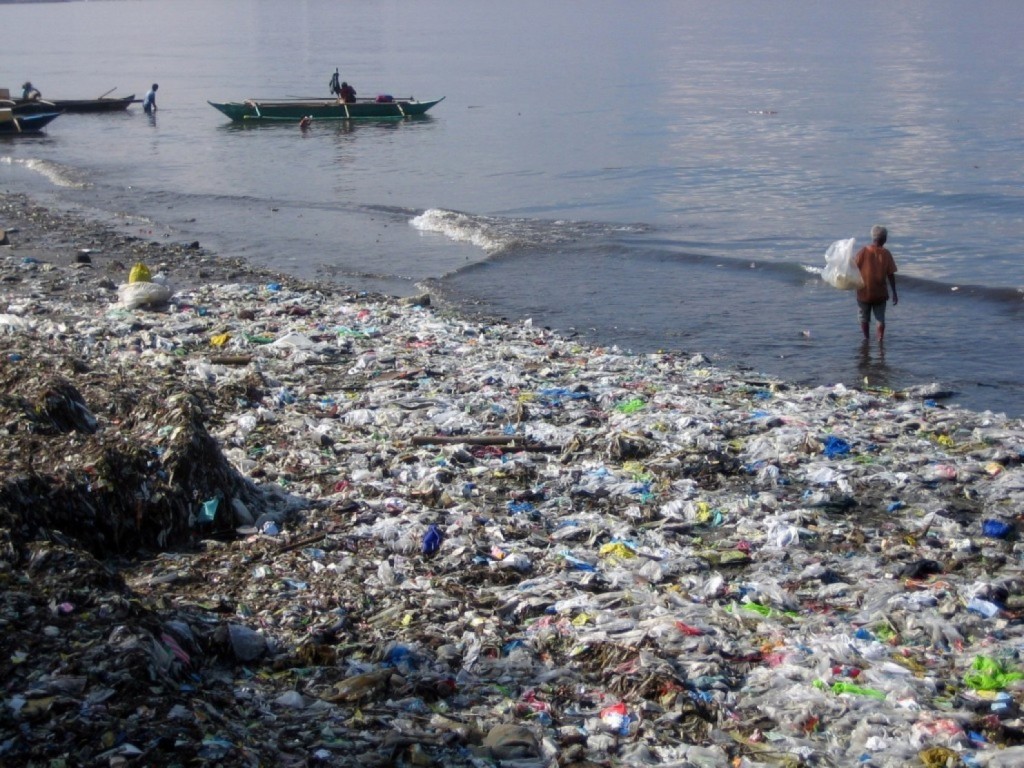 12 Sep 2018 – Do you believe in miracles? If so, please form an orderly queue. Plenty of people imagine we can carry on as we are, as long as we substitute one material for another. Last month, a request to Starbucks and Costa to replace their plastic coffee cups with cups made from corn starch was retweeted 60,000 times, before it was deleted.

Those who supported this call failed to ask themselves where the corn starch would come from, how much land is needed to grow it or how much food production it will displace. They overlooked the damage this cultivation would inflict: growing corn (maize) is notorious for causing soil erosion, and often requires heavy doses of pesticides and fertilisers.

The problem is not just plastic. The problem is mass disposability. Or, to put it another way, the problem is pursuing, on the one planet known to harbour life, a four-planet lifestyle. Regardless of what we consume, the sheer volume of consumption is overwhelming the Earth’s living systems.

Don’t get me wrong. Our greed for plastic is a major environmental blight, and the campaigns to limit its use are well-motivated and sometimes effective. But we cannot address our environmental crisis by swapping one over-used resource for another. When I challenged that call, some people asked me, “so what should we use instead?”. The right question is “how should we live?”. But systemic thinking is an endangered species.

Part of the problem is the source of the plastic campaigns: David Attenborough’s Blue Planet II series. The first six episodes had strong, coherent narratives. But the seventh episode, which sought to explain the threats facing the wonderful creatures the series revealed, darted from one issue to another. We were told we could “do something” about the destruction of ocean life. We were not told what. There was no explanation of why the problems are happening, what forces are responsible and how they can be engaged.

Amid the general incoherence, one contributor stated “It comes down, I think, to us each taking responsibility for the personal choices in our everyday lives. That’s all any of us can be expected to do.” This perfectly represents the mistaken belief that a better form of consumerism will save the planet. The problems we face are structural: a political system captured by commercial interests and an economic system that seeks endless growth. Of course we should try to minimise our own impacts, but we cannot confront these forces merely by “taking responsibility” for what we consume.

Unfortunately, these are issues that the BBC in general, and David Attenborough in particular, avoid. I admire Attenborough in many ways, but I am no fan of his environmentalism. For many years, it was almost undetectable. When he did at last speak out, he consistently avoided challenging power, either speaking in vague terms or focusing on problems for which powerful interests are not responsible. I believe this tendency may explain Blue Planet’s skirting of the obvious issues.

The most obvious is the fishing industry, that turns the astonishing lifeforms the rest of the series depicted into seafood. Throughout the oceans, this industry, driven by our appetites and protected by governments, is causing cascading ecological collapse. Yet the only fishery the programme featured was among the 1% that are in recovery. It was charming to see how Norwegian herring boats seek to avoid killing orcas, but we were given no idea of how unusual it is.

Even marine plastics is in large part a fishing issue. It turns out that 46% of the Great Pacific Garbage Patch, that has come to symbolise our throwaway society, is composed of discarded nets, and much of the rest consists of other kinds of fishing gear. Abandoned fishing materials tend to be far more dangerous to marine life than other forms of waste. As for the bags and bottles contributing to the disaster, the great majority arise in poorer nations, without good disposal systems. But because this point was not made, we look to the wrong places for solutions.

From this misdirection arise a thousand perversities. One prominent environmentalist posted a picture of the king prawns she had just bought, celebrating the fact that she had persuaded the supermarket to put them in her own container, rather than a plastic bag, and linking this to the protection of the seas. But buying prawns causes many times more damage to marine life than any plastic in which they are wrapped. Prawn fishing has the highest rates of bycatch of any fishery: scooping up vast numbers of turtles and other threatened species. Prawn farming is just as bad, eliminating great tracts of mangrove forests, crucial nurseries for thousands of species.

We are kept remarkably ignorant of such issues. As consumers, we are confused, bamboozled and almost powerless. This is why corporate power has gone to such lengths to persuade us to see ourselves this way. The BBC’s approach to environmental issues is highly partisan, siding with a system that has sought to transfer responsibility for structural forces to individual shoppers. It is only as citizens, taking political action, that we can promote meaningful change.

The answer to the question “how should we live?” is “simply”. But living simply is highly complicated. In Aldous Huxley’s Brave New World, the government massacred the Simple Lifers. This is generally unnecessary: today they can be safely marginalised, insulted and dismissed. The ideology of consumption is so prevalent that it has become invisible: it is the plastic soup in which we swim.

One-planet living means not only seeking to reduce our own consumption, but also mobilising against the system that promotes the great tide of junk. This means fighting corporate power, changing political outcomes and challenging the growth-based, world-consuming system we call capitalism.

As the famous Hothouse Earth paper published last month, that warned of the danger of flipping the planet into a new, irreversible climatic state, concluded, “incremental linear changes … are not enough to stabilize the Earth system. Widespread, rapid, and fundamental transformations will likely be required to reduce the risk of crossing the threshold”. Disposable coffee cups made from new materials are not just a non-solution. They are a perpetuation of the problem. Defending the planet means changing the world.

Published in the Guardian 5th September 2018