White House Rejects Supremacist Label: “No One Has Done More than Trump to Prove White People Are Not Superior” 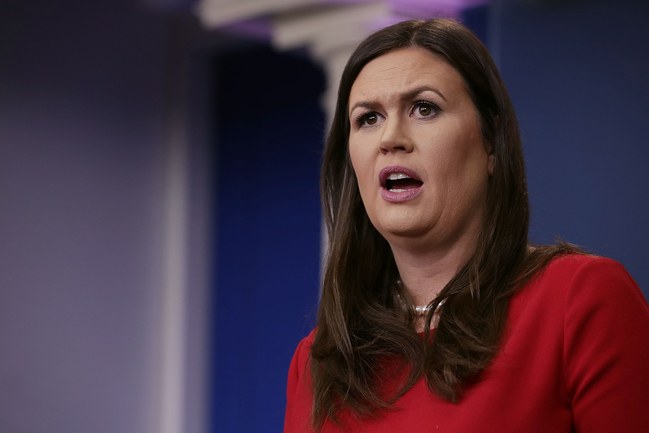 Upbraiding the ESPN anchor Jemele Hill for calling Donald Trump a “white supremacist,” the White House press secretary, Sarah Huckabee Sanders, said on Wednesday that “no one has done more than President Trump to prove that white people are not superior.”

“It’s grossly unfair that Ms. Hill sought to portray Donald Trump as an upholder of white supremacy, when everything he says or does directly undermines that whole concept,” Sanders said. “Anyone who thinks that Donald Trump is on some mission to make white people look good hasn’t been paying attention.”

Sanders urged the ESPN anchor to “do her homework” on Trump before making baseless allegations. “Read his tweets,” she said. “Listen to his speeches. If you still think Donald Trump is trying to prove that white people are superior, I tip my hat to you.”

Ending on a personal note, Sanders said that she was “a hundred-per-cent sure” that her boss is not a white supremacist. “Donald Trump cannot even spell the word ‘supremacist,’ ” she said.