Sea Red with Blood: Horrifying Moment Dolphins Are Slaughtered by Laughing Fishermen in the Faroe Islands

Warning: Stomach-churning images show more than 100 dolphins and whales being slaughtered during a traditional hunt in the Faroe Islands today.

The water of the coast of Hvalvik was soaked as whalers took part in a massacre which dates back to the 13th Century. 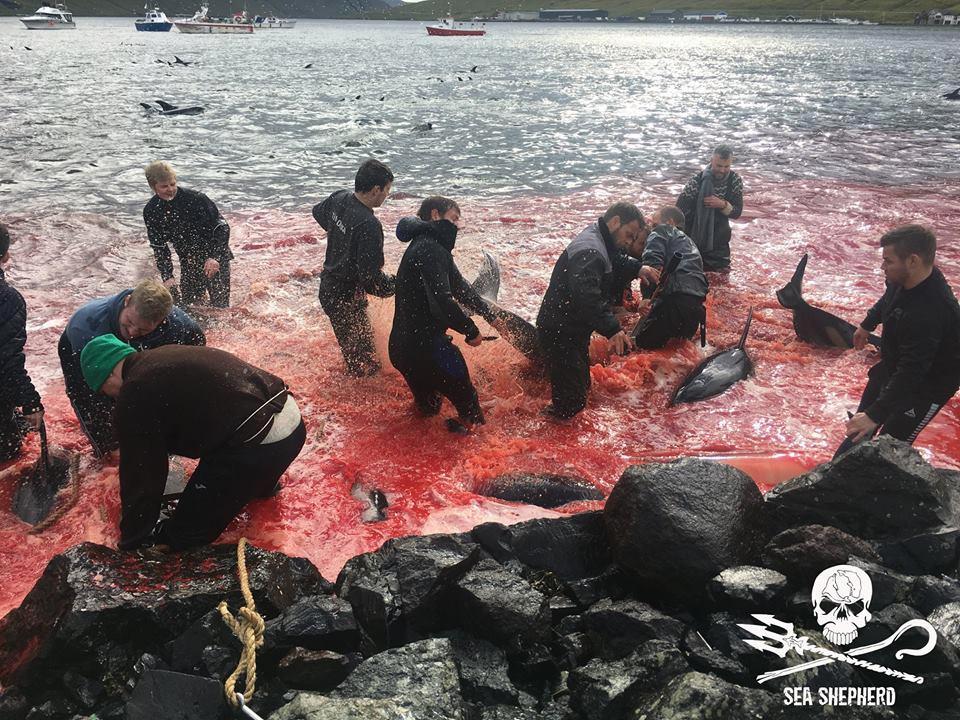 The water turns red in the Faroe Islands as laughing fishermen slaughter dolphins and pilot whales.

Around 800 long-finned pilot whales and white-sided dolphins are killed in the hunts, known locally as grindadraps, every year.

The animals were seen with gaping wounds in their heads where a huge wedge was removed while they were still alive.

Last week, shocking footage captured hundreds more being driven into a bay where villagers waited with hooks and lances. 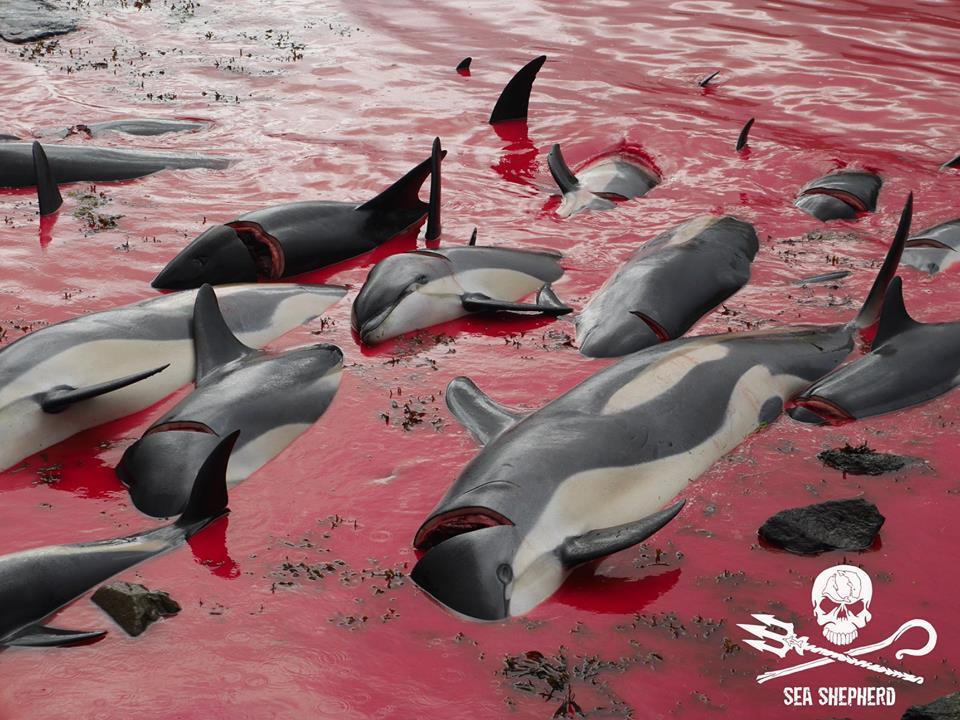 Around 800 of the marine mammals are slaughtered in the Faroe Islands every year.

The whole ordeal, which turned the bay in Sandavagur red with blood, lasted around an hour-and-a-half.

Children as young as five were snapped lending a hand, using hooked ropes to pull in the highly intelligent marine mammals.

The practice has caused widespread disgust, with many campaigners claiming it should no longer be necessary in the 21st century.

But the Faroese government has since defended the ancient custom, saying it is a natural custom of Faroese life. 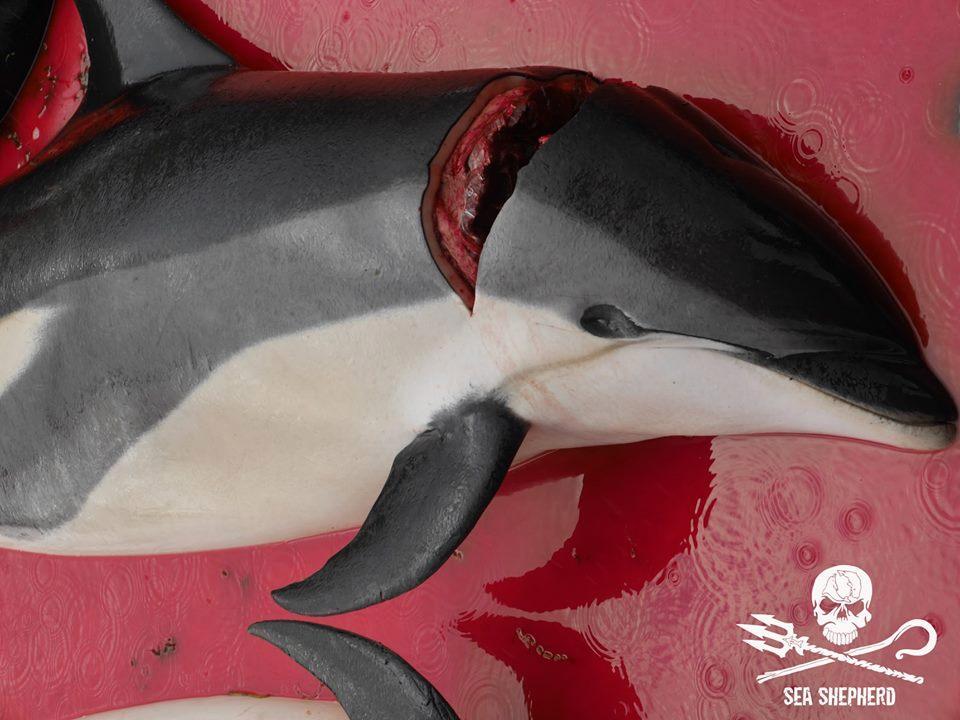 The gaping wounds where whalers attacked the dolphins can be seen on their heads.

To read the full report Go to Original – thesun.co.uk