Slavery Was Never Abolished – It Affects Millions, and You May Be Funding It

17 Oct 2018 – When we think of slavery, many of us think of historical or so-called “traditional forms” of slavery – and of the 12m people ripped from their West African homes and shipped across the Atlantic for a lifetime in the plantations of the Americas.

But slavery is not just something that happened in the past –- the modern day estimate for the number of men, women and children forced into labour worldwide exceeds 40m. Today’s global slave trade is so lucrative that it nets traffickers more than US$150 billion each year.

Debt bondage often ensnares both children and adults. In Haiti, for example, many children are sent to work by their families as domestic servants under what’s known as the Restavek system – the term comes from the French language rester avec, “to stay with”. These children, numbering as many as 300,000, are often denied an education, forced to work up to 14 hours a day and are sometimes victims of sexual abuse. 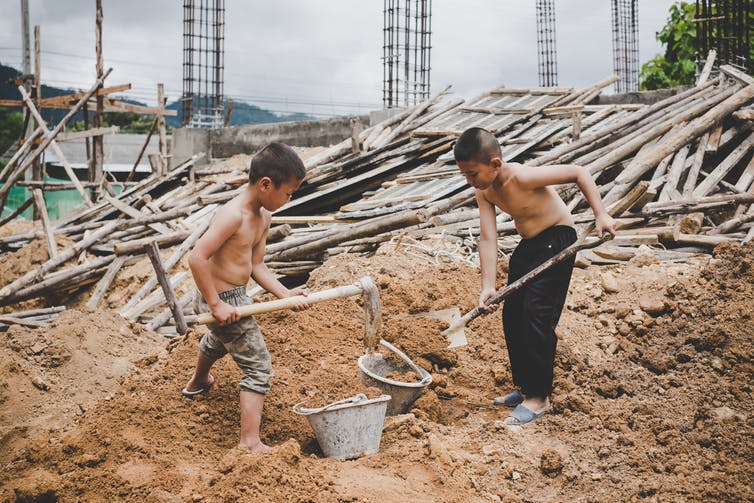 Slavery is a daily reality for 10m children around the world. Shutterstock

Slavery is not always race based

Then, as now, race is not always the main reason for enslaving someone. In the past, those who were living in poverty, who did not have the protection of kinship networks, those displaced by famine, drought or war were often caught up in slavery.

In the UK, nail salons, restaurants, music festivals and farms have all be found to have people working in slavery. Victims of human trafficking come from all parts of the world and all walks of life. There isn’t just one type of modern day slavery, it takes many forms.

Your gadgets could be to blame

The demand for certain types of goods has propelled slavery’s numbers. In the past, the desire for sugar drove the growth in slavery. Now, the global consumption of electronic goods has exacerbated slavery in the Coltan mines of the Democratic Republic of Congo. Many slaves or trafficked victims are often exploited in mining for gold, coltan, molybdenum, niobium, tin – which can be used in electronic goods sold around the world.

According to Save the Children, 5,000 to 6,000 young children work in the Coltan mining industry, surrounded by armed guards to prevent their escape. Much of the profit from this trade goes to fund ongoing militia warfare in Central Africa. 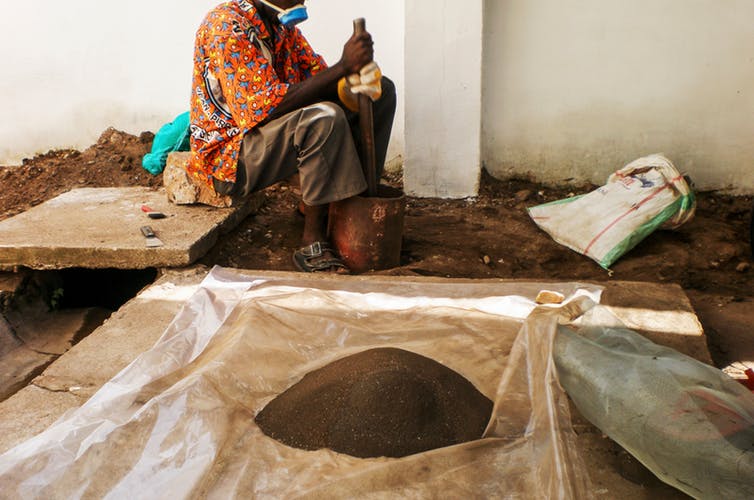 Chattel slavery (where one person is the property of another) is illegal but still exists especially in the West African country of Mauritania – where abolitionists’ efforts to stamp out the practice have been in vain.

The organisation Fight Slavery Now says that today at least 90,000 Mauritanians are the property of others, while up to 600,000 men, women and children are in a bonded labour situation – up to 20% of the population.

India has most number of slaves globally

India has the highest number of slaves in the world, with estimates ranging from 14m to 18m people. In India many people work as slave labour in the brick kiln industry – this includes women and children.

Now, as in the past, not all slaves are forced into slavery. Historically, some experienced such severe poverty that they had no choice but to sell themselves to be bound to another person. And similar cases still happen around the world today. 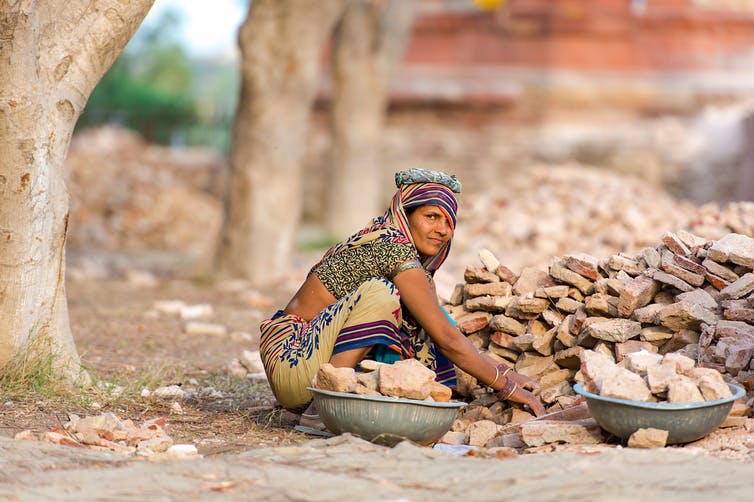 Long distance movement is common in slavery of the past and the present. For West Africans in the pre-modern era, the journey across the Atlantic must have been unimaginable.

Today, labourers move around the world freely looking for work, but some end up caught in slavery-like situations. They are promised a good job with decent conditions and wages, but instead are trapped in a cycle of debt and despair, where they are bound to their employer with no chance of escape.

Many of the workers constructing the stadia for the Qatar World Cup in 2022 come from South Asia. Amnesty International says these workers often have their meagre wages docked unjustly, their passports seized and are forced to work in life-threatening conditions.

One similarity between historic and modern slavery is the use of enslaved labour, especially children, in armies.

In recent years, at least 30,000 children have been abducted and forced to labour in the Lord’s Resistance Army led by Joseph Kony, in Northern Uganda.

Over four centuries ago, Christian children were valued as soldiers in the army of the Ottoman Empire. The children were taken from their homes, forced to convert to Islam and put to work in the military. 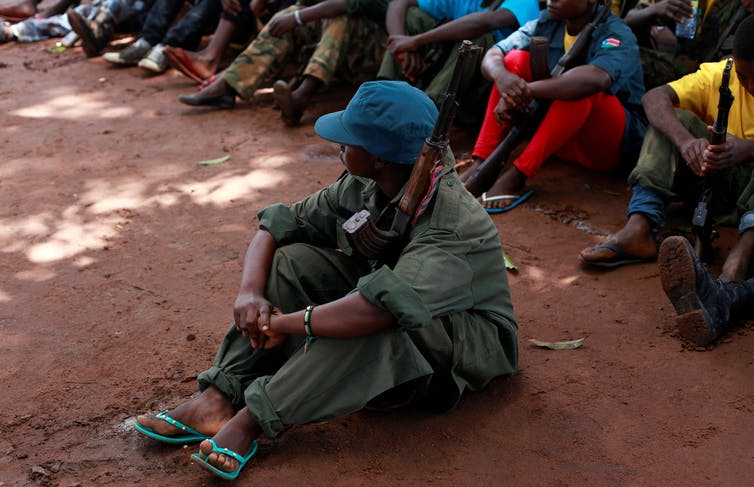 Thousands of children are serving as soldiers in armed conflicts around the world. Reuters

Today, an active abolition movement still exists. It applies lessons from the earlier abolition movement that ended the transatlantic slave trade – which recognised the importance of victim stories as a powerful tool to raise awareness.

Just as Africans such as Olaudah Equiano became part of the abolition movement in 18th-century London when they talked about their lives as slaves, so today, the benefit of encouraging survivors to share their stories is recognised.

In the 1790s, to persuade the British government to end slavery in the British Empire, female abolitionists organised boycotts of sugar that had been produced using slave labour and instead bought “fair trade” produce. Similarly, today, manufacturers and growers recognise that guaranteeing a product as fair trade – and free from slavery – will help their goods sell.

Slavery still exists in many forms today, and the impacts it has on millions of people are no less devastating than they were in the past. Yet ordinary people can use their power as consumers to combat modern slavery, simply by paying attention to what they buy, and raising awareness among their friends, family and colleagues.