Slavoj Žižek: Until the Rich World Thinks ‘One World,’ Migration Will Intensify 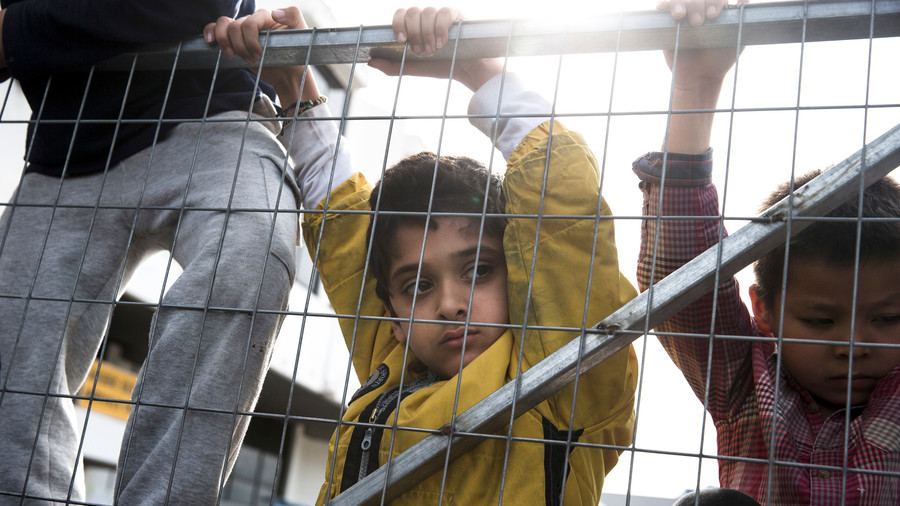 28 Oct 2018 – The “rich” world urgently needs to address the reasons behind mass migration, rather than its symptoms. And understand we live in one world.

Migration is, once again, headline news. Columns of migrants from Honduras are approaching the US border through Mexico; African migrants broke through barriers and entered the small Spanish exclave on the northern tip of Africa; Middle East migrants are trying to enter Croatia.

Although the numbers are comparatively small, they do signal a basic geopolitical fact.

In his World Interior of Capital, the German philosopher Peter Sloterdijk demonstrates how, thanks to globalization, the capitalist system came to determine all conditions of life.

The first sign of this development was the Crystal Palace in London, the site of the first world exhibition in 1851. Its structure rendered palpable the exclusivity of globalization as the construction and expansion of a world interior whose boundaries are invisible, yet virtually insurmountable from without, and which is now inhabited the by one and a half billion winners of globalization.

However, three times this number are left standing outside the door. Consequently,

“the world interior of capital is not an agora or a trade fair beneath the open sky, but rather a hothouse that has drawn inwards everything that was once on the outside.“

This interior, built on capitalist excesses, determines everything:

After the process that transformed the world into the globe,

“social life could only take place in an expanded interior, a domestically and artificially climatized inner space.“

What Sloterdijk correctly pointed out is that capitalist globalization does not stand only for openness & conquest, but also for a self-enclosed globe separating the inside from its outside.

The two aspects are inseparable: capitalism’s global reach is grounded in the way it introduces a radical class division across the entire globe, separating those protected by the sphere from those outside its cover. The flow of refugees is a momentary reminder of the violent world outside our Cupola, a world which, for us, insiders, appears mostly on TV reports about distant violent countries, not as part of our reality but encroaching on it.

Thus, our ethical-political duty is not just to become aware of the reality outside our Cupola, but to fully assume our co-responsibility for the horrors outside our Cupola. The hypocrisy of the reactions to the brutal murder of Jamal Khashoggi provides a nice example of how this Cupola works. In a broader sense, he was one of us, well located within the Cupola, so we are shocked and outraged.

But our care is ridiculously displaced care: the true scandal that the Istanbul murder caused a much greater scandal than Yemen where Saudi Arabia is destroying an entire country. In (probably) ordering the murder, Mohammed bin Salman (MBS) forgot the lesson of Stalin: if you kill one person, you are a criminal; if you kill thousands, you are a hero. So MBS should have gone on killing thousands in Yemen.

So, back to our Leninist question: what is to be done? The first and (sadly) predominant reaction is the one of protective self-enclosure: the world out there is in a mess, let’s protect ourselves by all kinds of walls.

A New World Order is emerging in which the only alternative to the “clash of civilizations” remains the peaceful coexistence of civilizations (or of “ways of life,” a more popular term today): forced marriages and homophobia (or the idea that a woman going alone to a public place calls for rape) are OK, just that they are limited to another country which is otherwise fully included in the world market.

The sad truth that sustains this new “tolerance” is that today’s global capitalism can no longer afford a positive vision of emancipated humanity, even as an ideological dream.

Read more: Is it true that only progressive billionaires can save humanity?

Fukuyamaist liberal-democratic universalism failed because of its own immanent limitations and inconsistencies, and populism is the symptom of this failure, its Huntington’s disease. But the solution is not populist nationalism, Rightist or Leftist. Instead, the only cure is a new universalism – it is demanded by the problems humanity is confronting today, from ecological threats to refugee crises.

The second reaction is global capitalism with a human face personified in socially-responsible corporate figures like Bill Gates and George Soros. Even in its extreme form – “open up our borders to the refugees, treat them like one of us.”

Yet, the problem with this solution is that it only provides what in medicine is called a symptomatic treatment – a therapy of a disease leaves the basic global situation intact; it only affects its symptoms, not its cause.

The third reaction is therefore to gather the courage and envisage a radical change which imposes itself when we fully assume the consequences of the fact that we live in ONE world. Is such a change a utopia? No, the true utopia is that we can survive without such a revolution.