29 Oct 2018 – There are global efforts fighting modern slavery, but one traditional system is still holding strong in West Africa: Trokosi. About the system and what can be done to finally put a stop to it. 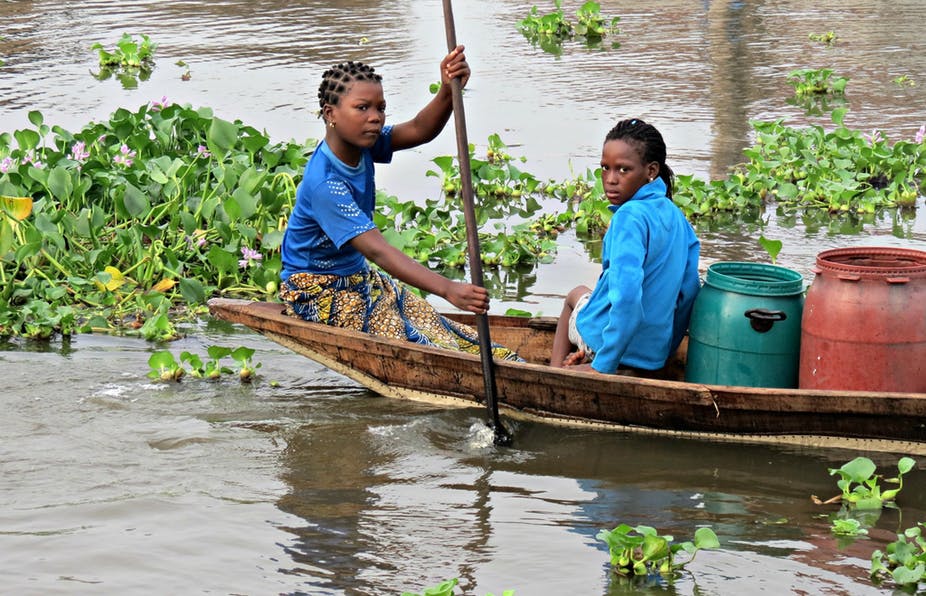 In certain communities in Benin, Togo and Ghana, young virgin girls are sent to atone for their family’s wrongdoing. Linda De Volder/Flickr

Trokosi is a traditional system where virgin girls, some as young as six years old, are sent into Troxovi shrines (shrines for gods) as slaves to make amends for wrongs committed by a member of the virgin girl’s family. Until the Trokosi system came to the attention of the general public in the 1990s, girls sent to the shrines stayed for life. After the 90’s some of the priests and elders were willing to let the girls go back home after a few years, for a few months, but had to return whenever they were sent for. When they die, the family must replace her with another virgin girl. This means that the family will pay reparation, of one girl, forever.

The Trokosi system is based on the belief that gods have the power to search for wrongdoers and punish them. People who feel an injustice has been committed against them, go to the shrine and place a curse on the offender so that they will be punished by the gods. These curses take several forms, strange sicknesses, unexplained deaths, incurable diseases or successive deaths within a family.

When the virgin girls are sent to the shrines, they become the “wives of the gods” and are sexually exploited by the priests and shrine elders. The shrine priest is the spiritual head of the shrine and “proxy for the gods” while clansmen can be appointed as elders of the shrine. The girls are forced to work in any capacity that suits these priests and elders – for instance, on their farms.

If there are children born out of the relationship with them, they become the responsibility of the virgin girls’ family.

The Trokosi girls live in constant hunger, deprivation, and poverty.

How prevalent is it and where is it practised?

It’s not sure when Trokosi systems began, but it’s an ancient practice. The word Trokosi comes from the Ewe language, Ewe communities found in Benin, Togo and Ghana. It’s a combination of two Ewe words “tro” and “kosi.” “Tro” means god or deity, and “kosi” means slave. Trokosi therefore means “slave of God.”

Most of the people that live in the southern Volta Region of Ghana, southern Togo, and southern Benin believe and practice the Trokosi system. I was involved in the liberation campaign of the Trokosis in the 1990s, and by 2002, 4,000 women and children from 52 shrines were liberated.

Why has it been a challenge for governments to end it?

In 1998 the Ghanaian government passed a law criminalising the Trokosi practice.

Despite this, it continued because governmental agencies responsible for enforcing the law didn’t have the courage to arrest the family members, priests or shrine owners. The system invokes fear in the hearts of most people including the law enforcement personnel.

Trokosi practising communities strongly believe in the power of gods to cause calamities to families. Trokosi priests ensure they are reminded of this by issuing warnings that they must send their virgin girls as objects of reparation.

The practice also thrives because there’s a group of traditionalists, mostly male, who strongly believe that Trokosi is part of the Ewe’s cultural heritage and must be preserved. They therefore oppose every attempt to stop the practice.

What other approaches should be tried?

Over the past two decades, Ghana’s human rights commission and various NGOs adopted different intervention approaches to end the practice. The strategies which worked best included: